One of the greatest things about being a journalist is the types of conversations we find ourselves within earshot of. For example, after the Marvel 75: The World Outside My Window Diversity Panel at New York Comic Con, this writer was caught up in the frenzied networking whirlwind as the panel participants took photographs with many legendary contributors to Marvel Comics. Former X-Men editor Ann Nocenti, new Ms. Marvel creator Sana Amanat, one-time Power Man and Iron Fist writer Kurt Busiek and many more navigated the throngs of lifelong true believers in the Marvel Comics way of creativity and storytelling.

Making my way through the crowd I came across Don McGregor who had participated in the panel as well. McGregor’s has multiple accomplishments under his belt having written for “Killraven: Warrior of the Worlds” and “Jungle Action starring Black Panther”. Apparently, I arrived on the scene just in time for the punchline as all within the circumference were filled with levity.

Hungry for a good quote in such circumstances, I politely asked him to repeat what he’d said and asked him could I record it. Though that’s not my normal mode of operation, I’m glad I relayed it that way for as it turns out, he was explaining how history was made at Marvel Comics in telling the story of how the first interracial kiss in comic book history came to be.

“So I said ‘I’ve gotta figure out a way to get to this’,” said McGregor in his retelling of the tale. “When I was working with artist P. Craig Russell. Of course Craig wasn’t going to have a problem with anything like that.  There’s a similar way how I chose Billy Graham for the Sabre (Eclipse Comics) because I knew Billy Graham and I were buddies and Billy wouldn’t have a problem drawing babies being born, men kissing…Billy was truly a renaissance guy. Even in the 70s, none of that phased Billy. That’s why I chose him.”

For those that are unfamiliar with of how the first interracial kiss in comic book history came to be canon, it all started in a brainstorming session for Killraven. The comic book illustrates the exploits of Jonathan Raven, a freedom fighter in several post-apocalyptic alternative timelines in the Marvel Comics universe. He made his first appearance in “Amazing Adventures” vol. 2. #18 (May 1973). Within the pages of Killraven the character M’Shulla Scott plays a pivotal role. He and his mother Hortense Scott, who is the organizer of the first human resistances against the Marvel Universe Martian, are of African descent. Scott and Killraven escape their captors on Mars and take up the fight for human freedom together. 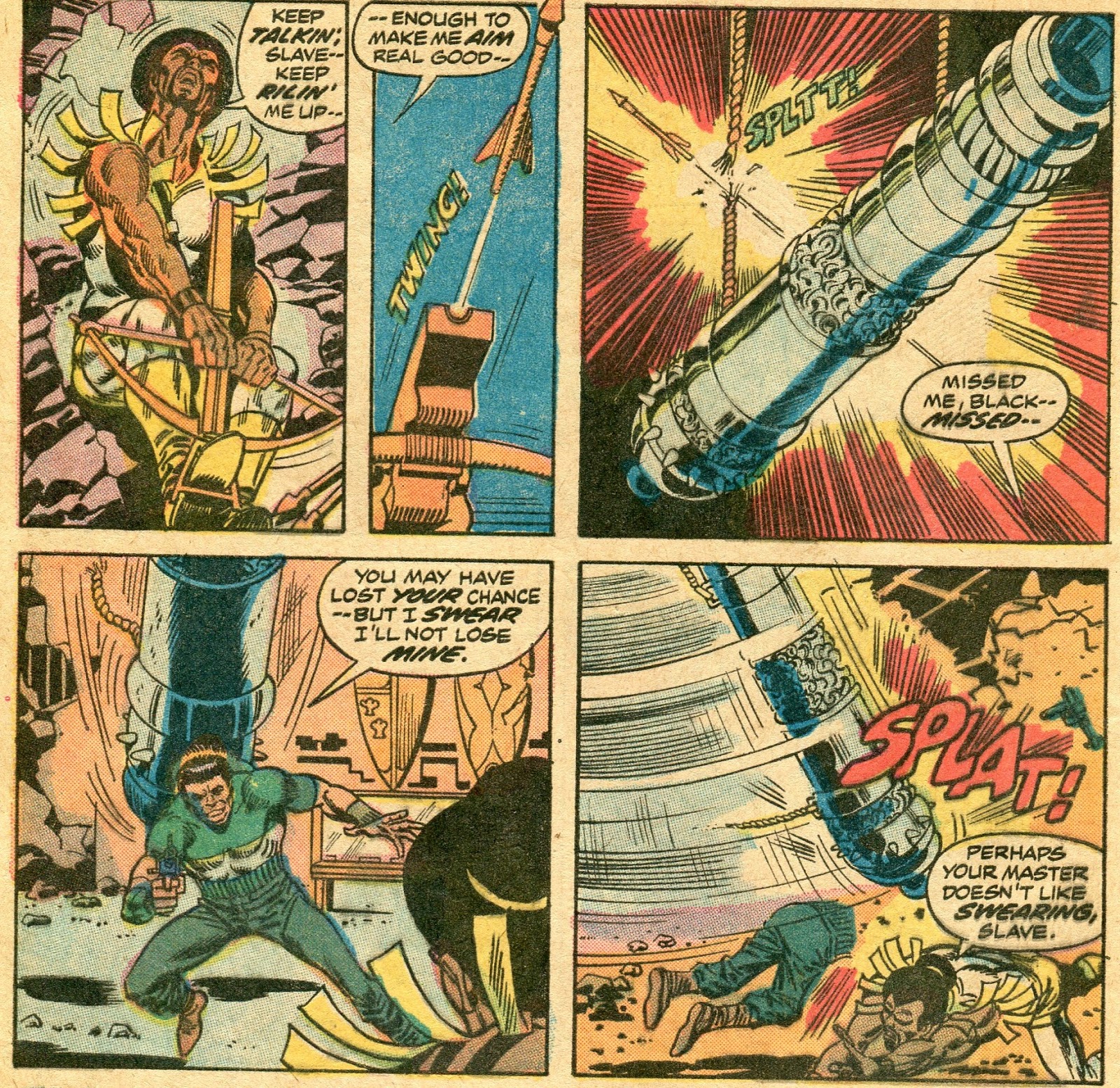 However, M’Shulla was not only a freedom fighter in the fantasy world, but apparently in real life as well. McGregor had designs on making a statement about love, a statement that his higher ups weren’t as eager to make.

“I knew I couldn’t just do it,” said McGregor of the kiss idea. “So then I thought ‘Okay, I gotta get the fans to want it’. The more I keep doing this thing between M’shulla and Carmilla, the more I could get the fans to write in. Because, the more they f*** up your books… nobody has ever come to me in however many years I’ve been doing this, and said ‘Yeah Don, why did the editor do this or ‘why did the publisher do this?’ They always come to the writer. It’s your name on there and you have to live with it. So I thought that if I could get enough fans to demanding that Carmilla and M’Shulla get together then I can request an audience with Stan Lee. I couldn’t just go to Stan.”

The brunette scientist Carmilla Frost existed in the futuristic world of Killraven alongside the title character and M’Shulla Scott. Don said he believed the kiss was indeed what the fans wanted, but he had to make moves of his own to make it happen. He knew he couldn’t just take it upon himself to knock on Stan Lee’s door, so he simply followed procedure. But even in doing so, McGregor knew exactly how he would get the jump on Ol’ Generalissimo.

“It was protocol. You don’t understand, if I had gone and bypassed protocol? I mean, they hated me already. It was very lonely where I was. So, I thought ‘Okay, the only way to do this is I have to go to the editor and say I have all the fans demanding this’ and I want to go to Stan about this.  So we had the meeting with Stan. I knew how to approach Stan. The one thing Stan was really legitimate about is he did want Marvel to be first. He did not want DC to be first. So, as we’re discussing the subject, I said to him ‘Stan, I heard DC is doing a romance comic with an interracial kiss.  DC is going to be the first one to do it before Marvel Comics. I just think that’s a shame because Marvel’s always been first.

‘I know Don, I know Don, and you’re right Don!’ he said. And I said ‘Stan, I just think that if we can just find a way.’ He said ‘Well Don, couldn’t she just be green?’ I said ‘I’m sorry. She’s just white. There’s nothing we can do about it.’ And he said ‘Well, I just don’t want the PTA in the South to be able to hold it up and say ‘See what you’re kids are reading.’”

The year these ideas were being floated around was 1975. There was a significant cooling of the blatantly racist attitudes that permeated the nation at one time, but there were still those that would use anything to ignite the flames anew. Even a comic book.

“So, he finally he agreed to do it, but it had to be done in knockout colors. Knockout colors means both characters are in the same color. Both would be purple. Then, somehow the book came out and they weren’t. I don’t know how that happened.  That book wasn’t out five seconds and I was in the office. ‘Don, what’s going on with this!’ he said. ‘Yeah, they’re supposed to be knockout colors. It isn’t?’

Stan Lee would eventually be satisfied with the work. After all, Marvel Comics was first on an issue of diversity once again and that kiss would make M’Shulla Scott and Carmilla Frost virtually immortal. Almost as immortal as the title character Killraven.