As the many facets of Marvel’s Civil War II storylines continue to be explored, the street-level crime families have been stymied with fear at the revelation that various groups have access to a young Inhuman named Ulysses, who allegedly has the ability to not only see, but feel, the future. He posses the ability to project the accompanying information to others empathetically – i.e. via emotion..

Captain Marvel and Tony Stark are on opposite sides of a tenuous issue that has already resulted in the death of Dr. Bruce Banner, in addition to alienating former friends, allies and teammates.

With all the heavy-hitters dealing elsewhere, the myriad crime families see the opportunity to act, but few are bold enough to do so. However, as was once coined by Mobb Deep, “…ain’t no such things as halfway crooks, scared to death, scared to look…”

Into this void of criminal uncertainty wades none other than Mr. Wilson Fisk with an Inhuman ‘weapon’ of his own. In issue #1, he’s an unassuming little nobody, adorned in Woody Allen glasses, with the fashion sense of a retired orthodontist named Fred. Instead, his name is Janus. 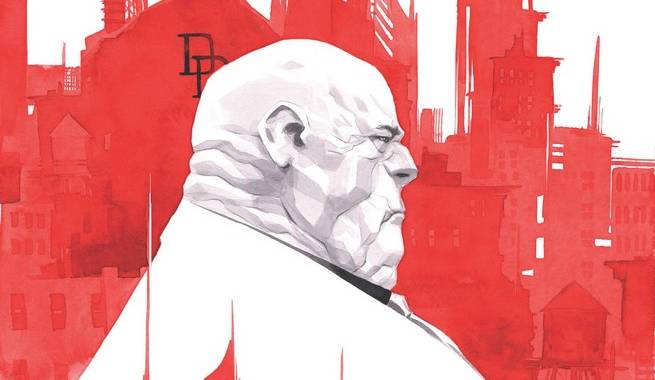 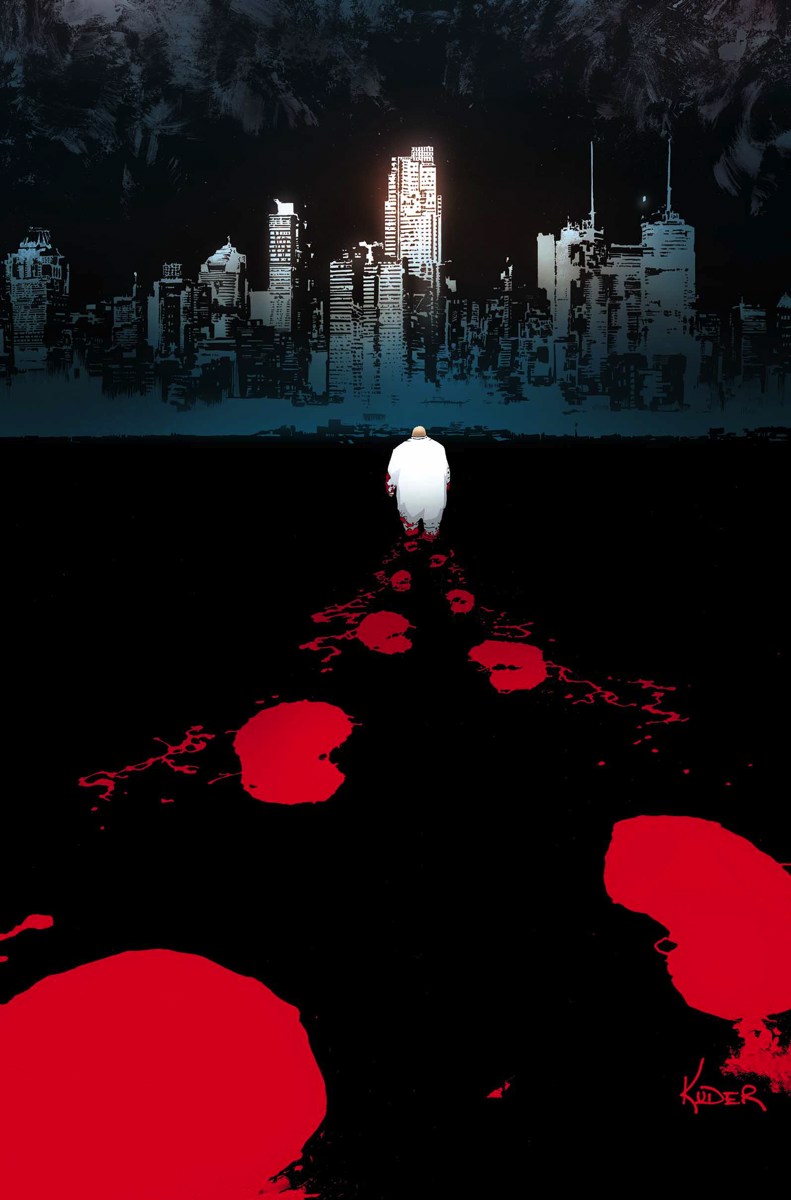 Fisk has returned to New York after a brief exile and finds the hero community in turmoil. The criminal underworld is in an uproar at the fact that Kingpin is within the city limits. And the heroes aren’t very happy about it either. Kingpin found out just how much when Captain (Other) America aka Sam Wilson, Spectrum and Nightthrasher kicked in his door, waving their proverbial 44’s.

They came to investigate reports that Bushwacker had come to do what he does best. Which is, apparently, something other than whacking bushes. Heck, the fact that somebody found any use at all for an antiquated character like Bushwacker is a minor miracle in itself. He hasn’t been in a book in like five years.

Just pages prior to the exchange, Fisk survived an assassination attempt from the old Punisher/Daredevil villain, but all the investigating heroes get from Fisk is masterful parrying of their questioning, and witty put-downs as well, such as a seriously snarky take down of Monica Rambaeu aka Spectrum aka the woman formerly known as Captain Marvel. 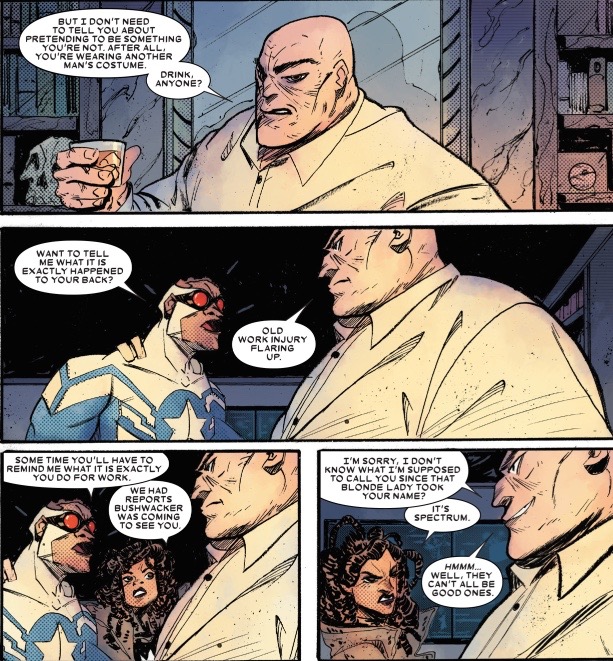 By #2, there are two things that are apparent; Janus is a completely disgusting human being despite his outward appearance of normality and meekness, and his power is revealed. His moves cannot be predicted by heroes.

His potential is immediately recognized by Kingpin as he seeks to rise from the muck of the underworld to become a true king once again. I loved the story arc by writer Matthew Rosenberg. From start to finish it reminded me a great deal of The Usual Suspects in some respects. The Punisher is heavily involved in these issues. However, his reveal is so ill, I can’t spoil it for you. Too cold! 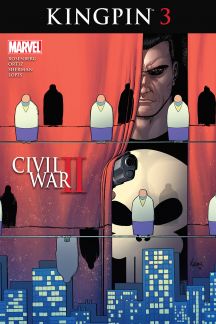 I also liked the characters chosen to participate in these four books. Likeobscure yet necessary characters like Owl, and even Turk (Who is portrayed by Rob Morgan in Luke Cage and Daredevil.). In the end, right when you think he’s down and out, Kingpin always finds his way back to the top of the pile.

But the grittiness is was what made the book. Not only the storyline and characters, but the artwork of Ricardo Lopez Ortiz, Mat Lopes Talajic, Jose Marzan, Jr., and Miroslav Mrva added to that aesthetic.

By issue four, Wilson Fisk realizes that even the best precautions can break down when love, loyalty and betrayal cause blood to shed wherever gangsters dwell.