Why do I mess with Spike Lee? Because on this date in 1989, he gave us one of the greatest American films ever made, a masterpiece that was filmed blocks from where I grew up.

As President Obama once said, ” Do the Right Thing still holds up a mirror to our society, and it makes us laugh and think, and challenges all of us to see ourselves in one another.” 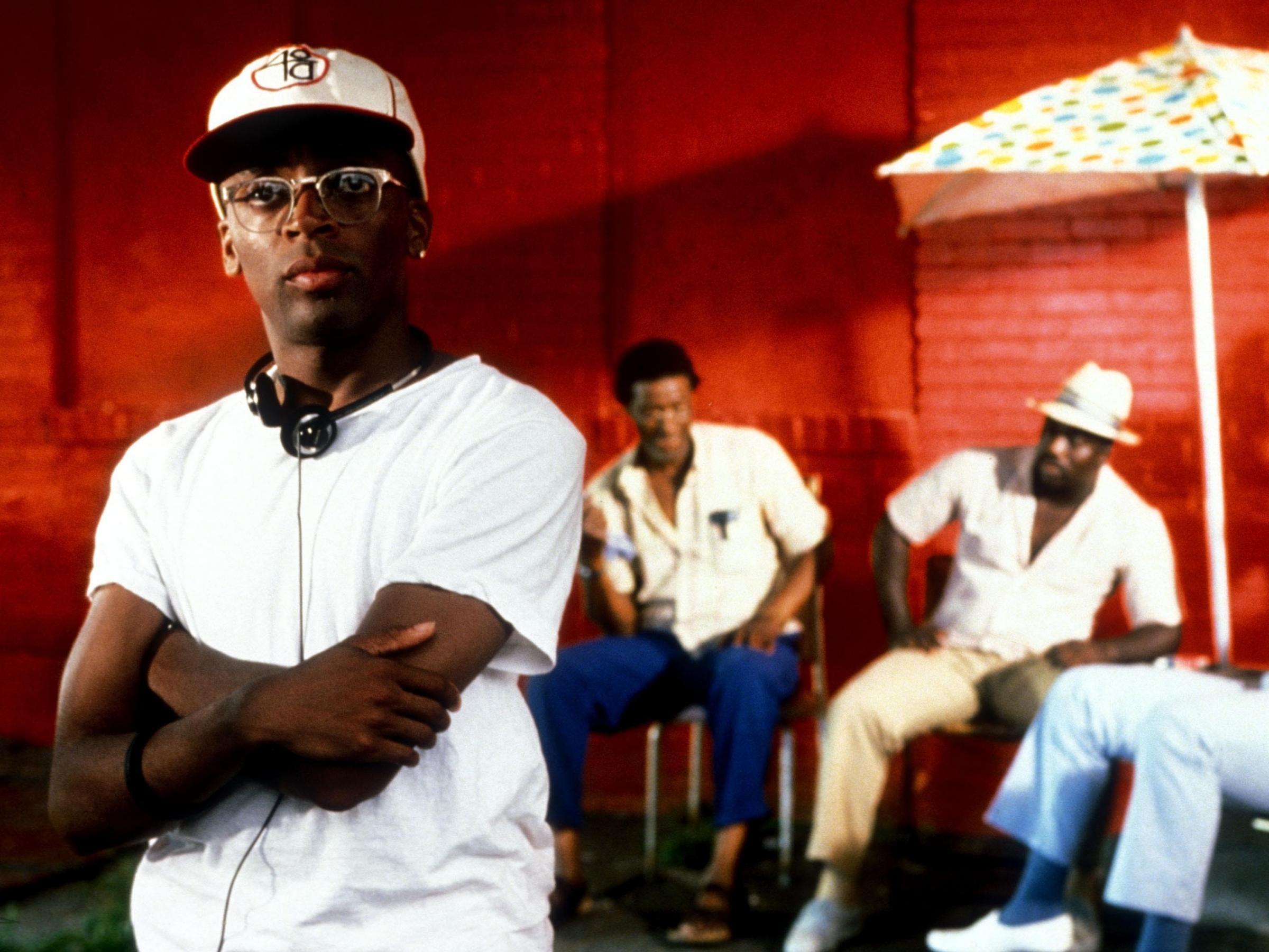 It’s a critical and impactful look, through the lens of an inner-city Black neighborhood, at the powerful forces of fractured communities, strained race relations, economic imprisonment, class struggle, racial profiling and police brutality, and the explosiveness bubbling underneath the surface of America’s falsehoods.

It’s a 24-hour panoramic view of my cherished Bed-Stuy community, where my mother and father bought their first home in the wake of the devastating riots that bruised an already battered former oasis in the late 60s.

On the hottest day of the year, what starts off with fun and laughter devolves into a powder keg of violence that ends in the death of Radio Raheem at the hands of the NYPD, and the resulting riots that destroy Sal’s Famous Pizzeria, a neighborhood institution.

Every major character in the film, at one point or another, from Sal to Mookie, Buggin’ Out to Sweet Dick Willie, Tina to Mother Sister, Da Mayor to Mister Senor Love Daddy, has something poignant, important and thought-provoking to say. But the brilliance and power is summed up with Radio Raheem‘s unforgettable, chilling, street-corner philosophical breakdown of the Love vs. Hate dynamic.

Never before was a protest song so sexually and beautifully communicated in nonverbal fashion. And I love how Spike explored the commonality of the New York African-American and Puerto Rican aesthetic as well.

Like many others, I was enraged when movie critics blamed Mookie, and his throwing of the trash can, as the impetus for the riot, while totally ignoring the police’s murder of Radio Raheem.

Spike was warning white America of what would happen with the rage and anger of a long-frustrated populous whose basic sense of humanity was perpetually abused and tossed aside.

People who didn’t get it were angry at Spike, ignorantly claiming that the film would start a riot. But Spike was simply telling the truth.

Radio Raheem was a metaphor for past mistreatment like Eleanor Bumpers and Yussuf Hawkins, along with those to come later like Tamir Rice, Eric Garner, Trayvon Martin, Oscar Grant, Freddy Gray and so many others.

At the crux of this timeless film, Spike was telling folks, “Enough is Enough! Stop the Madness! Stop seeing the black body, even when unarmed, as a threat! We’re being harassed, assaulted, detained and killed with impunity! And there’s only so much we can take before things boil over.”

Los Angeles erupted in the wake of Rodney King, Baltimore did the same following Freddie Gray, same with Ferguson, Missouri after Michael Brown and the sports community rallied behind George Floyd and Jacob Blake and Breonna Taylor, which set off a domino effect around the globe, as protests erupted in the middle of a global pandemic and people took to the streets to express their disgust and frustration with the police brutality systemic oppression and racial inequities in the country.

Spike did the right thing by being honest. When will America do the same?