Actor Chadwick Boseman had to take that on his shoulders as well, setting the stage for how the character would be perceived by fans and viewers for the rest of the future time of Marvels Cinematic Universe.

Both parties delivered magnificently with skill, style, and class.

With the main thrust of the story being a war of ideologies between two White superheroes with different levels and types of privilege, the Black Panthers introduction was neither shoehorned nor sold short.

Bosemans Prince TChalla and his father, King TChaka, portrayed by South African actor John Kani, represented the finer qualities of royalty, and of a father and son.

The death of King TChaka led to the battlefield promotion, of sorts, for his son to go from being a Prince to being a King. From being the son of a man to becoming a man of his own, and what a man TChalla was.

Without ample time to grieve, TChallas first goal was to honor his family by hunting down his fathers alleged killer and to honor his nation of Wakanda by stopping the Winter Soldier, the personified threat to world peace and superhuman power run amok.

TChallas exceptional abilities shone through, whether he was wearing the tribal garb of Wakandas protector and animal avatar, or wearing normal clothing.

The costume did not make the man.

Every person who opposed TChalla was met with equal or superior measure of combat capability, agility, and cunning. His capacity for silence and stealth made TChalla the true representation of his royal warrior namesake.

When, at last, TChalla confronted his fathers killer, he tempered rage with empathy, delayed action with patience, and conquered vengeance with wisdom.

The Black Panther was, from a real-world perspective, the underestimated minority in the story about other people, from a fictional land unsullied by the majority and their colonialism.

The same can be said for Diana, Princess of Themiscyra, The Wonder Woman of the Twentieth and Twenty-First centuries.

The Warner Bros. film, Batman v. Superman shouldered many burdens upon its steroid-infected shoulders, and among them was the introduction of DC Comics most impactful female superhero, Wonder Woman.

Actress Gal Gadot took on the daunting task of portraying the hero, with a history of failed attempts and the shadow of the iconic Wonder Woman television show actress Lynda Carter looming over her in the hearts of many fans.

Gadot succeeded in being a breath of fresh air, amidst the toxicity, smoke, fire, and dominating machismo of the two male superhero combatants, Batman and Superman.

Introduced as the mystery woman of the piece, Princess Diana was commanding in presence, strategically elegant, and highly formidable.

She maintained a level of secrecy while her male, costumed peers made themselves known through either intention or ego.

As the Wonder Woman, she thrived in the heat of battle while the men had just recovered from fighting each other.

Having walked away from society the better part of a century ago, Diana returned to help save it from an inhuman menace.

She exemplified the royalty of her homeland, Themyscira, a land of Amazonsuninfected by men and their socially-engineered penchant for invasion and domination.

Black Panther and Wonder Woman, two different characters with significant similarities, are bound in their common introduction within the landscapes of other peoples stories.

Both of them, caught between the ideological righteousness of two powerful men.

King TChalla and Princess Diana are both threatened by the same enemy, and its name is Warner Bros.

From a corporate standpoint, Warner Bros. is the opposite number to Marvel Studios.

In a competitive context, Warner should be planning to trump the character of TChalla and the upcoming Black Panther film with an effort of their own. 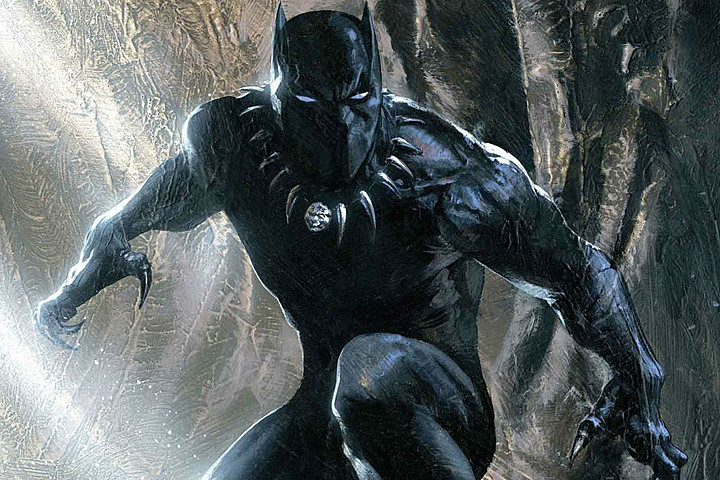 Their up-until-this-point-all-White superhero universe will be further exposed in its homogeneity by Marvels African superhero directed by the African-American filmmaker Ryan Coogler.

The cameo in Batman V. Superman by he-who-is-to-become-the-disfigured-Black-superhero-Cyborg does not serve to counter Marvels Panther power.

Warners upcoming Cyborg film will not be completed in time to take on Black Panther from a culturally aesthetic or demographically targeted position.

They will either pit a White hero, or a team of mostly White heroes, against the brilliant Black superhuman King of Wakanda.

Warner will try to defeat TChalla, and may succeed in severely hurting Diana.

Yes, she is their hero, their intellectual property, their pride and joy in her iconic power within the feminism narrative, but Warner Bros. has really done the Amazon Princess dirty, havent they?

We all know that Captain America: Civil War is a superior film to Batman V. Superman, or at the very least is perceived as such by many critics and fans.

So the most important female superhero in the history of comics was introduced in a less-than-stellar film, in which she was shoved, prostituted, and minimally characterized. All because of the desire to set up a Justice League within an accelerated time frame.

Since the upcoming Suicide Squad is a villain-based film and thus an anomaly of sorts, Wonder Woman will have to be the beginning of the Warner Bros./DC Cinematic Superhero Universes redemption.

At a time in which the subject of diversity is ever-present in popular entertainment, the first supporting members of the Wonder Woman cast were shown, and they were all White.

Wonder Woman, as a character, has been given the short end of the stick in a handful of ways before the films release next year.

Like TChalla, Wonder Woman has obstacles to overcome, but her obstacles are from her own home, her own camp, her own corporate parents.

Next years Wonder Woman film is unfairly required to present a level of quality that will remove the bad taste of Batman V. Superman, and set a standard that will be difficult for next years Black Panther movie to meet or surpass.

If not, the similarities between the Princess of Themyscira and the King of Wakanda will be reduced further, and no League of Justice will be able to save the day.