Black men being murdered by law enforcement isnt the only major problem facing minorities in this country. Its the most vivid, shocking and unsettling expression of racial injustice, but even more prevalent is the way Black men of all social standings can be so easily hung by the biased judicial systems of America; their lives torn from them and flipped upside down on a whim by a misguided, bigoted individual wielding the power to make or break them.

The two-year-old drug case against former Hawks player Mike Scott seems to be coming to an end after a Banks County judge suppressed critical evidence against him, writing that county deputies did not enforce the law in a racially neutral manner.

Thats a damning statement right there and another example of a successful Black man getting unscrupulously fried by deputies who are sworn to protect and serve the public. Its a deep, prevailing sickness in this country that is still yet to be addressed as the blue wall of silence has allowed for the destruction of so many lives based on nothing more than racism.

In his eight-page ruling, Banks County Superior Court Judge Currie M. Mingledorf — obviously one of the good guys keeping the hope of a fair and just America for Black men alive — slammed the sheriff offices handling of the case, singling out Deputy Brent Register, a key witness, of providing testimony that was in contradiction to admitted documentary evidence.

Register was found to be a complete racist with a troubling and unapologetic renegade history of racial profiling. The ruling noted that between 2015-16, Register produced 47 arrests. Forty-four of those arrested were minorities, Mingledorff noting, These numbers are truly shocking.

On Sunday, Banks News Today reported that Register had been fired. A sheriffs office spokesman said, We addressed an issue that was brought to our attention immediately. In the profession of law enforcement, issues will arise in every agency due to an essence of individuals being imperfect. One officers actions does not reflect the agency as a whole.

According to ajc.com, …Judge Mingledorff found that county sheriffs had no grounds to stop Scotts car, which precipitated the incident, showed no probable cause to arrest Scott and his brother Anton, who was driving the car, and that the subsequent search of the car was not proper.

In my 35 years of practicing law, this could be the worst case of racial profiling I have ever seen, and hopefully this will lead to Banks County, Georgia, re-evaluating their policies, Steve Weiner, Scotts attorney, said in a Tuesday email.

Those are scathing words and a brutal indictment of the state of Georgias notorious police department bigotry, but music to Scotts ears no doubt. Scott was facing two felony possession counts and faced up to 25 years in prison. 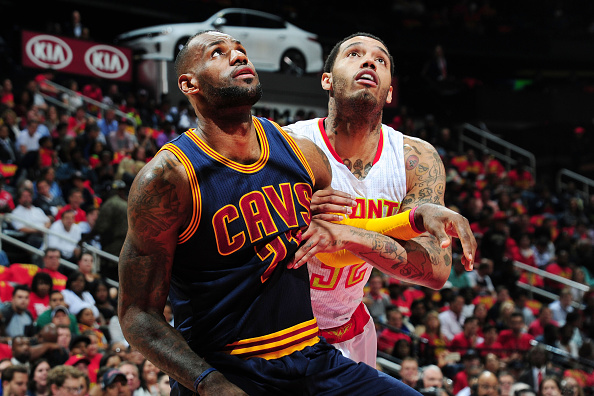 Despite the ruling, Scott may never play in the NBA again as the drug affiliated details of the case is probably something the NBA might want to put behind them. Then again, Scott is only 28 and played five seasons for Atlanta including before getting traded to Phoenix for cash in February and then waived.

The ending seems like a happy one because Scott isnt going to prison, but innocence is relative when the destruction to your life and the psychological strain is already irreparable.