As we approach the 2017 NFL draft, its important to think of what all is at stake and who the stakeholders are.

Most of us tend to think of the professional teams and the money they are spending or the player that is making the long sought after transition from amateur to pro. We might even think of the college coach that helped them get to the draft in the first place.

But how many of us ponder who else is sitting in front of the television hoping and/or praying that a particular player sees their way into a pro jersey for the following season? 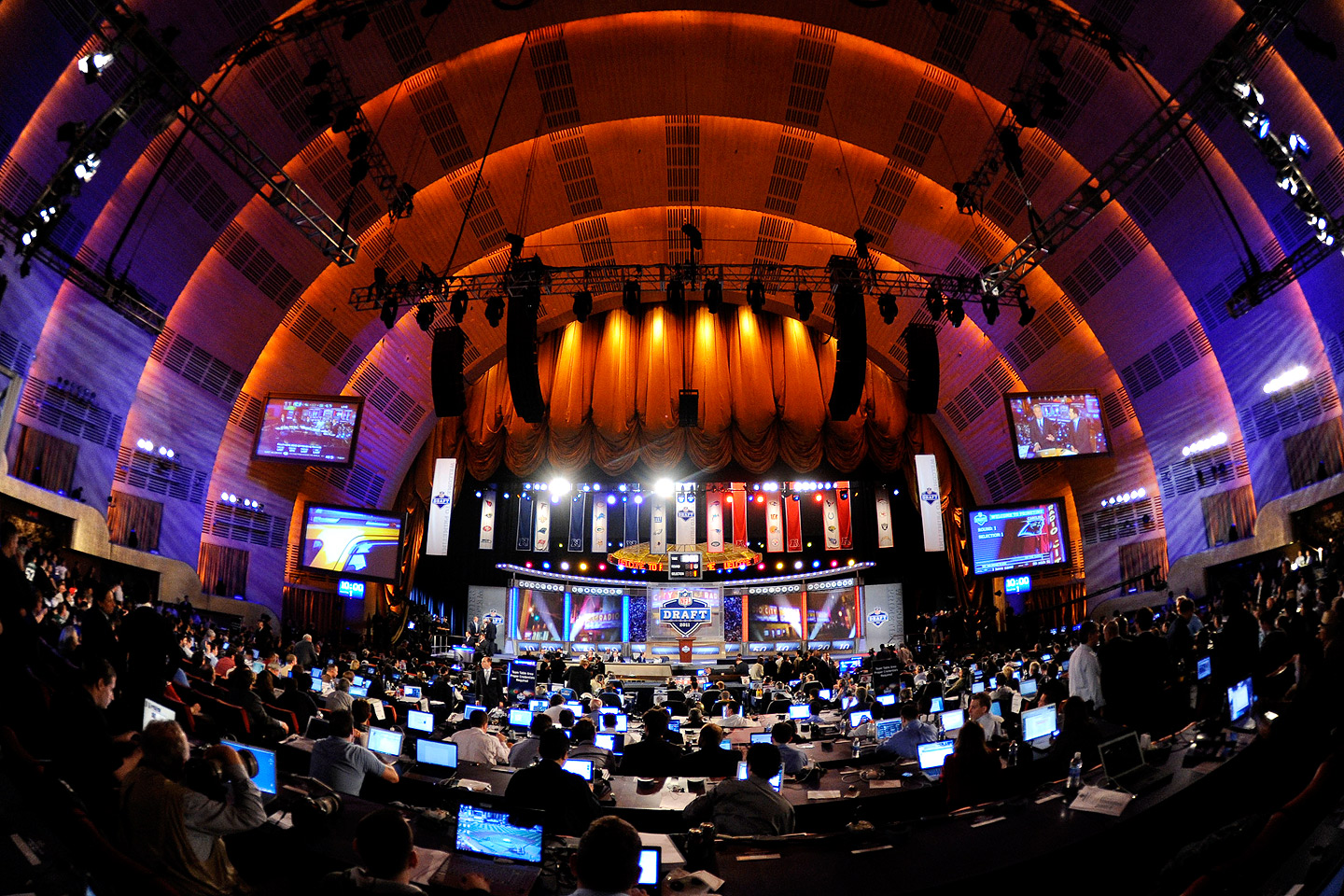 Who remembers the parents? Yes, those people who rushed home from work to get their kid to practice deserve a passing thought too. How many countless days, nights and weekends of sacrifice? How many of their co-workers ran and hid from them every year when they came into the office pushing fundraiser popcorn and candy bar products? The involved parents sacrificed for this moment too, did they not?

The Shadow League has often shed some light on the backstory of some athletes preparing for draft day, such as former Alabama defensive back Cyrus Jones, who was a member of the Super Bowl-winning New England Patriots last season as a rookie.

King Tech from Sirius XMs The Wake Up Show spoke on the bonuses of having his kids involved in youth football programs for a number of years saying, Most kids as they get older seem to drift away from their parents, and soon start to tune them out.  For me, just sitting in the stands or hanging on the sidelines showed my son and daughter that I cared and was willing to give up my time for them. I have probably spent 1000 hours over the years watching my kids develop their skills. More importantly that their success, trials and tribulations meant something to me. Its a huge sacrifice in time and money! Rain, snow or shine, I was there.”

“Nothing beats seeing your kid accomplish one small thing like catching a ball and looking back at you to see if you saw it with a smile,” he continued.  “Life is about memories, real memories, slow down on the swiping or you might wake up one day and before you know it they are getting their license and driving away!

Courtney Kinard of York, Pennsylvania spoke on the sacrifices that he is making for his young son to play football, saying, “Sometimes it’s a little tough on our schedule because his practices are at least 4-5 days a week and it requires me, at times, to leave the office early, pick him up, take him to practice and still have to work from home afterwards only to finish up late in the evening. However, I see the camaraderie he builds with his teammates and the pride he feels in knowing he is getting in better shape, learning and having fun doing it.

Said Jennifer Rubin of Vandalia, Ohio of her son who plays at the junior high school level, I may have had to sacrifice a little missed time at work. More than anything with him playing I want him to have fun. I hope he is getting teamwork skills and leadership skills.”

Sanchez Jackson of Louisville, KY discussed what it took to support and get his son, Canon Jackson, who plays for Western Kentucky University, to the collegiate level.

When Canon was younger, our biggest sacrifice was personal time with each other during practice nights,” said Jackson. “If he gets the opportunity to be a professional football player, that would be nice, If that’s what he wants. I established with him when he first began playing, that he plays only if he loves and wants to play.

What about siblings? How many of them got lugged around from city to city so that their parents could support an older or younger brother? Many of them had to forgo party invites as well. They sat in the bleachers watching on cold or rainy days and got sticky and sunburned. Dont they deserve a thought?

How about those youth football coaches who saw potential in a young boy early on and fostered that potential into eventual greatness? Shouldnt we be curious about the folks who see a kid that can run fast and catch a ball and then turns that little powerhouse into a trophy-winning all american wide receiver? They are the ones who teach them teamwork and helps to further develop their skills and confidence. 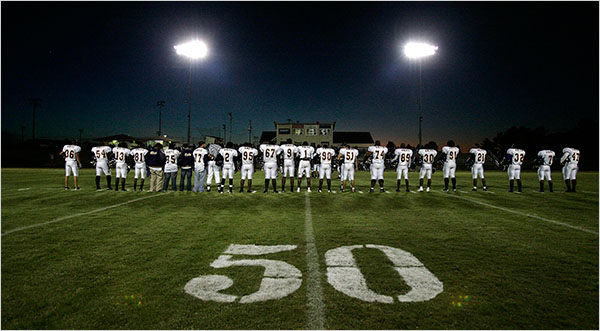 What about the high school coaches and teachers? In states like Ohio, Florida, California, Texas, Louisiana and Iowa among other places, Friday Night Lights is a real life phenomenon. Its not a joke people! They take prep football very seriously. Those coaches are often times just as involved if not more involved than the young kids parents are. Teachers are routinely called upon to help with student athletes and they do it without complaint in order to support the kids scholarship dreams.They too deserve a shout out.

Andrew Akins, a former Yale University football player talked about his heart wrenching experience with a high school coach who went far above and beyond the call of duty. I was close with my high school coach Al Orio. He instilled a lot of values in us and encouraged us to play as a family, which was important considering we were a pretty divided town. My junior year there was an incident where a friend and teammate of mine, a black kid, fought and killed another teammate, a white kid, and he brought the team together to help the entire school heal.

I never even thought of the Ivy League until he made me aware that it was a possibility. I was always smart, got good grades without barely trying, school came easy, but I wouldn’t have considered it without Coach Orio.”

So, as the 2017 NFL Draft class waits to find out their fate, lets do our very best to remember they are not alone.

They have people on their shoulders who have believed and invested in them all along the way. If they are lucky enough to have their names called, it wont just be them who is excited or proud. It wont even be just their family and friends. It will be an entire roster of people, possibly an entire city or town who will feel like they made it to the big time too.

Heres to all of the parents, siblings, coaches, teachers, friends, relatives and fans who made these moments possible.