The eggheads over at Marvel Comics are some rascals for this one.  Comic book fans these days are used to some of their favorite characters being altered.  There’s a black Superman over at DC Comics. And they rebooted the Flash, bringing him back as black as well.  But Marvel Comics, ever one to stir the pot to the extreme, may have believed that simply changing the race of one of their most powerful characters wasn’t enough. They decided to change Thor into a woman.

This isn’t the first time Thor has been morphed. Hardcore fans can recall when his brother Loki turned him into a frog for a few issues.  There’s even a dog version of Thor named Thrr: Dog of Thunder in the now defunct satirical series “Spider-Ham.” There was even the horse-faced Beta Ray Bill’s time as Thor.  Today we find that the guise of the Mighty son of Odin, Norse god of Thunder, is now being taken up by a woman.  This move just might help balance out the rampant sexism seen in comic books throughout history.

RELATED: Comic Books and Sexism: A History of the Second Class Caped Crusader

Marvel made the announcement on The View Tuesday, saying the change, unlike his frog transformation, will be for the foreseeable future. The story twist will come when an important woman in Thor’s life picks up the hammer. “She wields the hammer because Thor can’t. This is different because for reasons we can’t disclose quite yet, Thor is unable to pick up the hammer,” Marvel Editor-in-Chief Alex Alonso told Time. “There are a number of women in Thor’s life, and we’re going to tease out for quite a while the identity of who this woman is. But one of the women in Thor’s life picks up the hammer. She is in fact worthy. And she becomes Thor. There’s only one Thor in the Marvel Universe. The character we know as Thor will not refer to himself as Thor anymore.”

We know that only those who are pure of heart can lift Thor’s enchanted hammer Mjoinir.  In the past, Captain America was able to wield the hammer, while the Incredible Hulk was unable to do so. Now as Marvel diversifies, keeps with the times, and ushers in a woman grasping the hammer and transforming into a Goddess of Thunder, we hope this storyline will be well done.  Anything else would be a waste of time. The new character debuts in October. 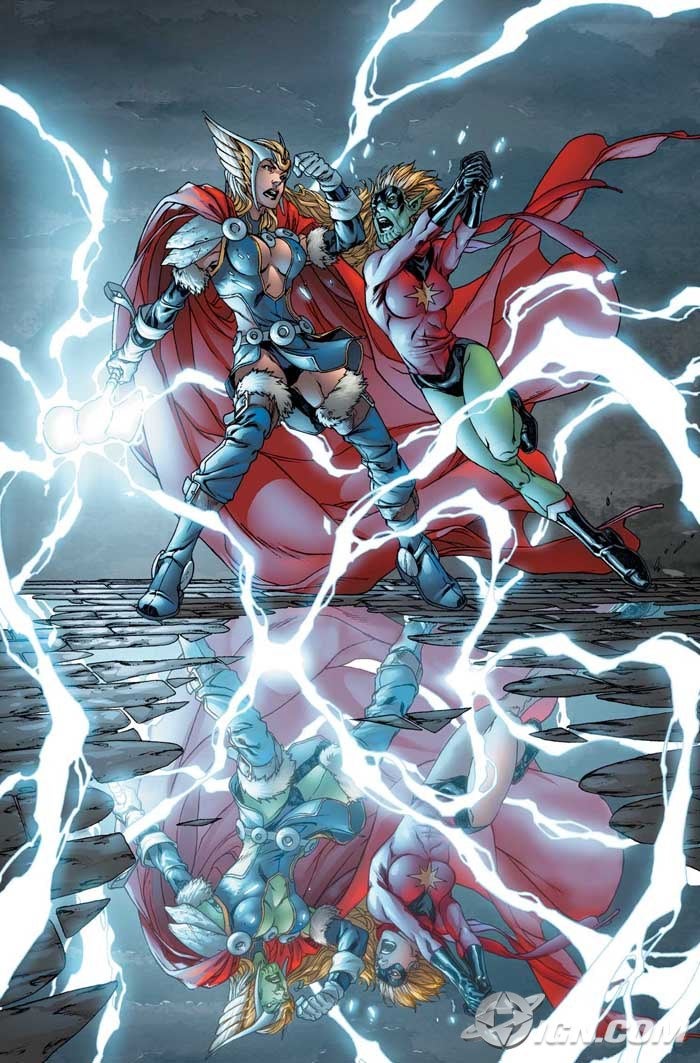