As October cools the air and leaves die crunchy deaths, college football's schedule heats up as playoff pretenders march towards a certain demise. This is conference play. September was a quarantine zone. The time of peace is over. October is the real battlefield. Time to suit up.

In a matchup of electrifying offenses, Rich Rod is the father of alternating current to Oregon’s direct current. Edison gets all the credit and praise, but there’s some debate as to who the real illuminary among this generation of offensive innovators has been.

Rich Rodriguez’s redemption after his tumultuous three-year reign at Michigan is right on schedule. While September was a serene time for him and the undefeated Wildcats, his successor, a Michigan Man has been an abysmal failure. This is the uphill, vertical offense, Rodriguez sought to create at Michigan, but couldn’t finish building because of resistance from stodgy traditionalists.

The Wildcats aren’t ranked, but with Rich Rodriguez at the helm, Anu Solomon conducting the nation’s eighth ranked passing offense, the Wildcats could be even better suited to defeat Oregon than they were in 2013 when they actually pulled off the upset.

That was the signature win of the Rich Rod era. There is no Ka’Deem Carey The difference this time should be at quarterback. Not Mariota, who struggled on a gimpy knee last November, but Solomon who has been a blinding star in the Arizona desert this season. In addition to being a run-pass threat with

Nick Wilson is a prototypical Rich Rod back, however, Oregon has a plethora of those guys in their backfield starting with bruiser Royce Freeman, sprinter Thomas Tyner and rushing-receiving threat Byron Marshall.

Often defined by his prolific rushing quarterbacks, Solomon has rushed for 167 yards and thrown for 1,454 more.  The Oregon defense was pushed to the limit by Washington State last Saturday and will have its hands full with Arizona. Arizona has had its hands full against UT-San Antonio, Nevada and Cal in recent weeks, winning each by a touchdown or less.

Rich Rohem’ on the right track, but his is where they get pulled over by a better team.

Oregon races to another W.

This is the unofficial Fork In The Path Bowl. There was a time when he, not Charlie Strong was the most coveted coach from Urban Meyer’s staff.

When Will Muschamp was hired as Florida’s next head coach in late 2010, Dan Mullen had to feel like Rich Homie Quan. 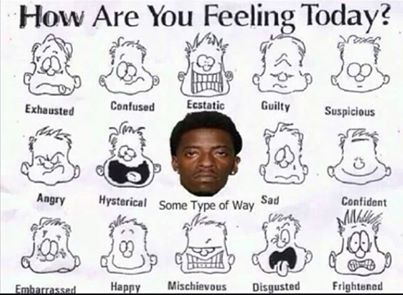 It’s human nature to forget how lifeless Mississippi State football was before Dan Mullen was plucked from Florida’s national championship-winning staff six chilly Decembers ago. Unfortunately, an above .500 SEC record has been more elusive than a scampering Dak Prescott.

Texas A&M is the second stage of a three-game gauntlet that began with their harrowing win over LSU in Death Valley and continues against the Bulldogs.

Texas A&M cornerback Deshazor Everett is the reigning SEC Defensive Player of the Week after recording 16 tackles against Arkansas. While that may be a positive on his draft dossier, it reflects poorly on the Aggies ability to keep running backs from springing into the secondary with a full head of steam.

While Texas A&M got used to fielding the most athletic quarterback in the conference during the "Animal House" Manziel years, Kenny Hill practices more jurisprudence when it comes to abandoning the pass. These days Prescott's 94.5 rushing yards per game paces the SEC and running back Josh Robinson is also averaging 121 yards per game.

Mullen will attempt to turn Kenny Trill into Silent Hill by grinding the clock out on the ground.

The legend of Bo Wallace outpaces the reality like a Kentucky Derby horse jockey that thinks his thoroughbred can win the Iditarod. Wallace puts up pretty stats, but he’s never shown himself capable of making the right play in the pivotal moments. Perhaps this is his chance to show the nation that he’s the hidden gem, the SEC has been hyping him up to be. When they last met, Alabama paralyzed Wallace and the Ole Miss offense during a 25-0 win and Wallace has yet to throw a touchdown in two matchups.

Laquonn Treadwell will wreak havoc upon the Ole Miss secondary…

But the Crimson Tide never fear as long as Amari Cooper is here.

Bama douses Ole Miss with a splash of reality.

Trevor Knight has been content to sit back, let the Sooners running backs and offensive line dominate the line of scrimmage. Overcoming TCU will require a complete effort from the entire offensive unit. Knight’s only thrown four touchdown passes to three interceptions and hasn’t been the juggernaut he was projected to be because he hasn’t had to. Trevor Boykin is TCU’s primary playmaker in the running and passing game, but is he enough to defeat mighty OK? No, he’ll need help—from the defense.

If there’s one team, where Knight doesn’t want to have his occasional bad night against, it’s TCU’s kleptomaniac defense.  TCU has Oklahoma’s number.

Jacoby Brissett and Deshaun Watson are the two best quarterbacks in the ACC not named Jameis Winston.

Watson’s ability to withstand the rush and calmly progress through his reads has been impressive.  NC State’s defense is softer than a cloud hanging in a blue sky. Watson is an approaching tornado cloud.

Not only can Watson, run, he’s averaging more yards for per pass attempt than any quarterback in the nation. Defensively, Clemson’s Vic Beasley is one of the nation's top quarterback bounty hunters and is one off the career sack record. Defensive tackle Grady Jarrett and safety Robert Smith comprise a crew that held Florida State in check, giving Clemson the advantage over NC State.

Only three teams have not allowed more than 17 points in a single game this season. Two of them are Stanford and Notre Dame. Stanford's tepid rushing offense will be rendered obsolete against Notre Dame, which is averaging only 108 yards per game and just one touchdown. Although Stanford’s defense lost some firepower last season, Everett Golson is 16-0 as a starting quarterback and in ho-hum win over Syracuse, he came one short of tying the consecutive completions record.

In a tight low-scoring affair, Golson is more trustworthy in the redzone than Stanford’s clumsy offensive playmakers.

Before the season we compared the competition between Brandon Harris and Anthony Jennings to the Tortoise and the Hare. Saturday night is an equilerating matchup Hare at Jordan Hare when Harris will get his first start ahead of Jennings, the lowest-rated starting quarterback in the SEC entering Week 6.

Jeremy Johnson and Harris possess the two highest total QBRs in the SEC. Johnson will be watching from the sidelines behind the best quarterback in the nation not to garner a single iota of Heisman praise.

The Tigers are visibly more active on the scoreboard with Harris under center. However, Auburn has two great quarterbacks in its pocket and a running back in Cameron Artis-Payne who has rushed for at least 100 yards in 3 of 4 matchups this season.

Meanwhile, Harris is only making his first start. Winning this one on the road while a crop of fellow freshmen blossom around him would be an incredible achievement. He’s an upgrade over Jennings, but this is a grand stage against Nick Marshall and Auburn’s improved defense.

The Children of Corn are coming for Michigan State and the Big Ten’s potential college football playoff slot. Ameer Abdullah is capable of creating carnage in between the tackles. While the rest of the nation was clapping their hands in rejoicing like Sherman Klump’s mother at a pork barrel BBQ over Gurley’s 208 yards, Abdullah eclipsed the 200-yard plateau for the third time this season.

In fact, the only occasion in which he failed to top 100 yards this season was against McNeese State. That was the game in which he caught three passes for 96 yards including a 32-yard reception that resulted in Abdullah throwing cats aside like he was the real Hercules.

Michigan State’s defense is a trip through Hades, allowing the sixth fewest yards per game nationally.  The last time they met, Nebraska’s Randy Gregory pummelled Cook. Jeremy Langford has been subdued this season before reaching the 100 yard benchmark for the first time last week.

The sophomore has been slept on nationally, but the Spartans need to stay woke when the ball in his hands. Although his accuracy can be somewhat erratic, Armstrong loves to sling it deep with the best of ‘em.