Yesterday, we posted a list of the top freshmen to ever lace up the cleats and razzle-dazzle in college football. If you missed it, please check it out right here before moving on.

But wait! You thought we were done? Nope, just merely getting your mouth watery for the next installment.

Last night, I convened a special panel of hit-makers to bring you the remix: The Best College Football Freshmen Ever – Part II.

Without further ado, we reminisce to bring you the follow-up. Enjoy!

15. ANTHONY CARTER, Michigan, Wide Receiver, 1979 Anthony Carter only caught 17 passes as a freshman for the Wolverines, but he averaged close to 30 yards per reception, and seven of those grabs went for touchdowns. You have to remember that Michigan, under head coach Bo Schembechler, was a  smash-mouth running team in those days. Some will question, despite how incredible Carter, who stood 5-feet-11 and weighed a mere 160 pounds, was over the remainder of his college career, if he deserves to be on this list. Probably not. But its my damn list and Anthony Carter is one of my all-time favorite college football freshman. So stick it! 14. RYAN WILLIAMS, Virginia Tech, Running Back, 2009 Williams surprisingly collected 1,835 yards from scrimmage and scored 22 touchdowns after being pushed into the starting lineup when Darren Evans tore his ACL.

12. COLIN KAEPERNICK, Nevada, Quarterback, 2007 Colin was a backup for half of the season, but after the starting QB went down with an injury in the second quarter against Fresno State, he walked into the huddle. And he never came out. He passed for 384 yards in about two-and-a-half quarters, threw four touchdown passes and ran for 60 yards. On national television the next week, he passed for 243 yards and three touchdowns, and rushed for 177 yards and two more scores in a 69-67 four-overtime loss to Boise State. He finished the year with 2,175 passing yards and 19 touchdowns, while also running for 593 yards and six TDs. 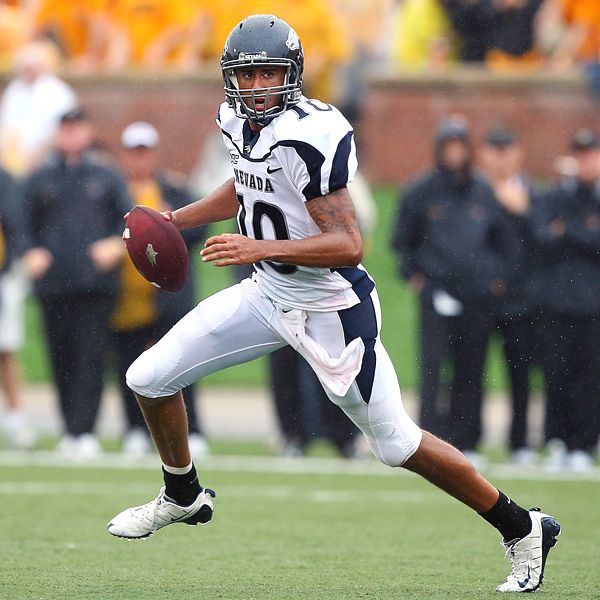 11. ANDY KATZENMOYER, Ohio State, Linebacker, 1996 The Big Kat became the first true freshman to ever start at middle linebacker for the Buckeyes. A first-team All-Big Ten selection and a second-team All-American that year, he accumulated 85 tackles, 12 sacks, and four interceptions. 10. ROBERT GRIFFIN III, Baylor, Quarterback, 2008 Baylor was terrible when RG III was a freshman, but I watched them play early in the year in some random game against an opponent that I have since forgotten. Why was I watching Baylor, who was worse than Tyler Perry in https://www.youtube.com/watch?v=2zFenzWARtc I’m silly like that sometimes. But I digress. I saw RG III play one series and was hooked. In his second start against Washington State, he rushed for 217 yards and two touchdowns. As the youngest starting quarterback in major college football that year, he threw the ball 267 times and was only intercepted three times, accumulating 2,091 yards through the air and 15 touchdowns. He also ran for 843 yards and 13 scores.

9. REGGIE BUSH, USC, Tailback, 2003 – Bush’s freshman campaign, despite him being a reserve, was absolutely remarkable. Against Washington, he had 132 yards receiving on five receptions, which was the most receiving yards ever by a freshman running back in school history. Think about the incredible lineage of tailbacks at USC – O.J. Simpson, Charles White, Marcus Allen, Anthony Davis, Mike Garrett, Ricky Bell, etc. To do something that those greats never did, and Bush did it as a freshman, is rather remarkable. And two of those catches were touchdowns of 60 and 37 yards. He also returned two kickoffs for 57 yards and ran the ball 12 times for 81 yards. His game was all about versatility. Overall, he played in all 13 of the Trojans’ games, ran for 521 yards while averaging close to six yards per carry, had 314 receiving yards while averaging close to 30 yards per reception and had 18 kickoff returns for 492 yards.

http://www.youtube.com/embed/bmGLgfGp0z4 8. JEREMY MACLIN, Missouri, Wide Receiver, 2007 Speaking of versatility, no first year player in the history of college football accomplished what Maclin did. He became the first Tigers freshman ever to be named a consensus first team All-American when he tallied a ridiculous 2,776 all-purpose yards. He scored 15 touchdowns running the ball, catching it, and as a punt and kick returner. Overall he caught 80 balls for 1,055 yards, rushed for 375 yards and accumulated an additional 1,346 yards on special teams returning punts and kickoffs. Thats crazier than Tony Montana saying, https://www.youtube.com/watch?v=RNSnMFgNq1Q I always tell the truth. Even when I lie.</a www.youtube.com/embed/GKsUjZWiz7g

7. SAMMY WATKINS, Clemson, Wide Receiver, 2011 Watkins is only the fourth true freshman to ever be named an Associated Press first-team All-American, along with Adrian Peterson, Marshall Faulk and Herschel Walker. He compiled 2,297 all purpose yards and 82 receptions for 1,219 yards and 12 touchdowns. If you want to see Sammy in all of his first-year glory, check the tape of his game against the defending national champs, Auburn, where he smoked like Cheech and Chong with 10 catches for 155 yards and two touchdowns.

6. EMMITT SMITH, Florida, Running Back, 1987 After gaining 109 yards on ten carries in Floridas second game, Smith became the starting tailback in the seasons third week in the SEC opener against Alabama. In his first college start, he ran the ball 39 times for 224 yards against the Crimson Tide. He was the consensus national Freshman of the Year after collecting 1,525 all-purpose yards and 13 touchdowns.

5. TONY DORSETT, Pittsburgh, Running Back, 1973 How good was Tony D. during his first season at Pitt? Well, he was the first freshman to be named an All American since Armys Doc Blanchard did it in 1944. In 11 games, he ran for 1,586 yards. The year before he arrived, Pitt was 1-10. He immediate announced that things were about to change when he ran for 100 yards against Georgia in his very first college game.

4. BILL FRALIC, Pittsburgh, Offensive Tackle, 1981 Tony Dorsett was the first Pitt true freshman to ever start. Bill Fralic, who is considered by many as the greatest freshman offensive lineman in college football history, was the second. 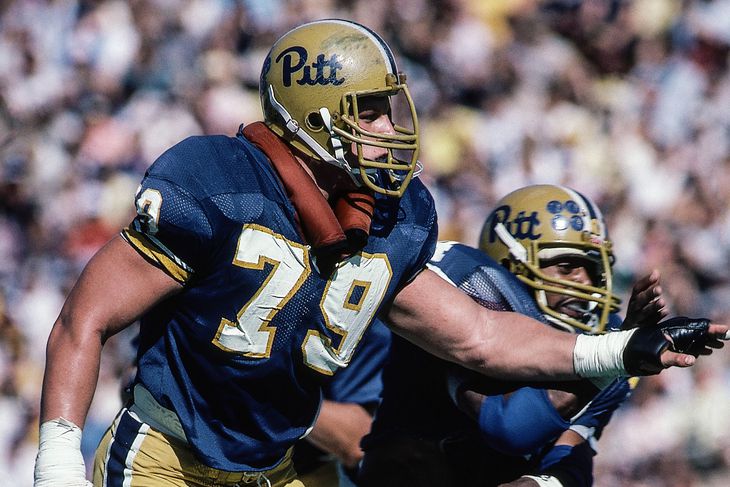 3. LARRY FITZGERALD, Pittsburgh, Wide Receiver, 2002 Fitzgerald didnt put up video game numbers as a freshman, but his dominance was apparent if you saw him play. The 69 receptions for 1005 yards, although very good, was in no way indicative of how brilliant and mesmerizing this guy was.

2. JADAVEON CLOWNEY, South Carolina, Defensive End, 2011 Another guy who stats dont really tell the true story. He had 36 tackles, 12 of which were for a loss, and eight sacks. But teams ran away from and tried to avoid him at all costs. Wanna know how amazing he really was? Just count the thousands of four-year old Caucasian babies in South Carolina named Jadaveon.

1. MARCUS DUPREE, Oklahoma, Running Back, 1982 And yet another brilliant performer whose stats dont tell the entire story. Marcus didnt start until the second half of the year, but still piled up 905 rushing yards and 13 touchdowns. In the Fiesta Bowl, he ran over, through and around Arizona State to the tune of 239 yards on only 17 carries. Many people consider him, due to the injuries that later derailed his career, as The Best That Never Was.