Freshman Malachi Richardson was instrumental in leading a punch-drunk No. 10 seed Syracuse team back from a 16- point deficit to defeat the No. 1 seed Virginia Cavaliers in the Midwest Regional Final, 68-62.

It was only last year that Richardson was playing uninspired ball in the McDonald’s All-American game.

His peers like Isaiah Briscoe would move on to Kentucky, Malik Newman was headed to Mississippi State, Brandon Ingram was going to Duke University and G Jalen Brunson was on his way to Villanova. 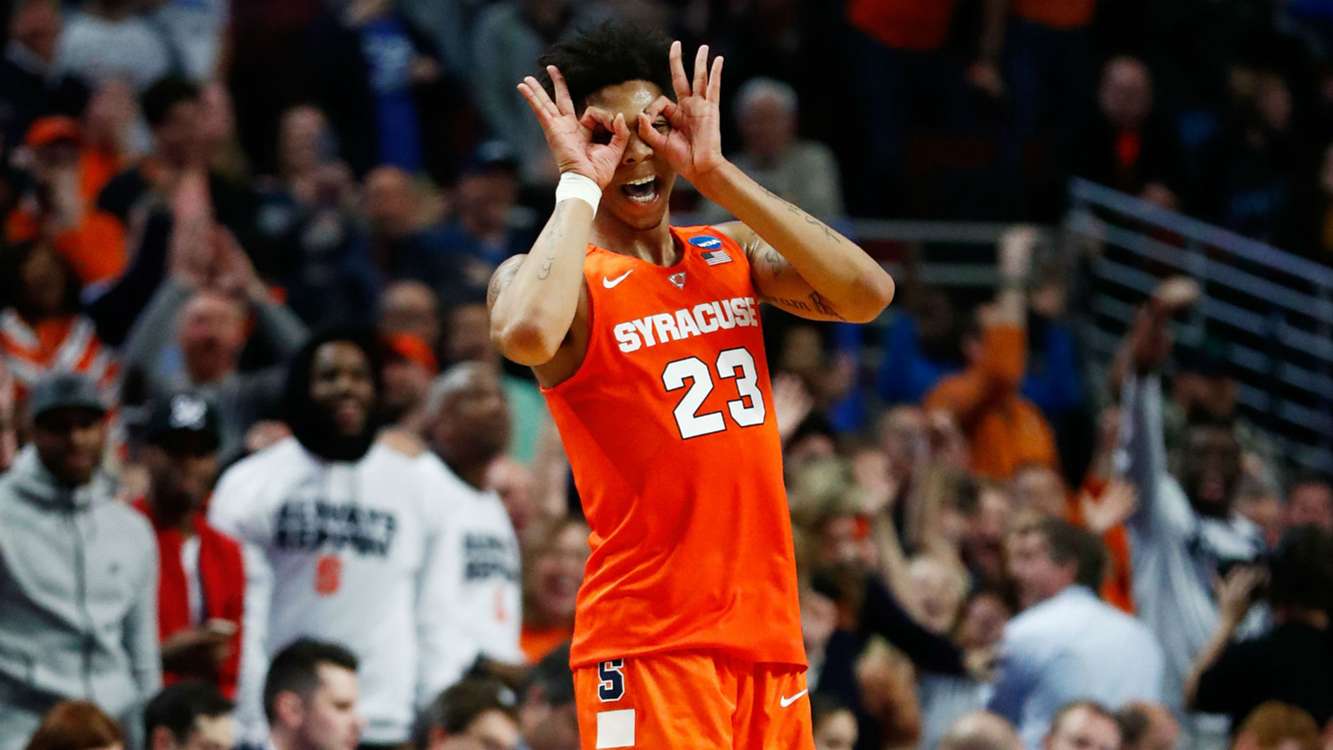 Richardson had already signed with Syracuse, so it’s not like he had anything to prove. But Malachi appeared tentative and unsure of himself on the biggest stage of his prep career and finished with zero points and one rebound.  At the Jordan Brand Classic, he finished with three points.

Scorers and shooters need several things to be successful. Two of the more important attributes are confidence and comfort, both of which seemed to be missing for Richardson.

Indeed, Richardson’s NBA draft stock has increased and decreased multiple times over the course of his first year in college.  His first six games at ‘Cuse were double-digit outputs against such notables as UConn and Texas A&M, but he came up short in back-to-back games against Wisconsin and former Big East rival Georgetown, with eight and two points respectively.

Malachi averaged 13.3 points per game during the regular season this year, but his high marks were punctuated by some pretty awful games as well.  A 1-for-10 outing against Pitt, a one-for-eight outing against Wake Forest, and a two-point game against Georgetown gave Orange faithful heartburn.

To be certain, he’s had a very good freshman campaign.  If he were being judged as a normal college freshman, we would all be saying that he is outstanding. However, since he is a New Jersey-bred basketball player who went to a perennial high school powerhouse in Trenton Catholic, and was a McDonald’s and Jordan Brand All-American that now plays at Syracuse, his “good” will rarely be “good enough”.

The Orangemen lost six of the their last seven games in the regular season and many believed that their 9-9 in conference record was inadequate for inclusion in the NCAA Tournament. But they have become the first No. 10 seed in NCAA history to make it to the Final Four.  For his part, Richardson has slowly percolated after starting off with a 21-point outing against the University of Dayton in the first round.

3-for-14 against Gonzaga turned into 6-for-16 and 23-point outing against No. 1 seed Virginia last night in Syracuse’s stunning upset.  His 21 points in the second half are just as big a reason ‘Cuse is in the Final Four as head coach Jim Boeheim’s masterful usage of junk defenses.

The Orange have gotten here because of, and in spite of, the comings and goings of Richardson’s confidence.

Syracuse will play No. 1 seed North Carolina in a game that most people are saying they simply cannot win, but anything can happen with a wily coach like Boeheim, and a streak shooter like Malachi Richardson.