Once upon a time, baseball was a staple of the black community, sitting at the same dais of cultural entities as the church, jazz and barber shops/beauty salons.

However, over the last 30 years, African American player participation and fan interest has declined to epic low numbers. Along with these abyss-type figures, Major League Baseball has struggled with regards to hiring minorities to work as managers and executives in the front office.

With the dawn of a new season, theres a bubbling sense of optimism for players and fans alike. However, in the same breath, baseballs return to the sports calendar is a glaring reminder of the lack of diversity within the clubhouse, ballpark stands and upper management jobs.

Of the 30 clubs throughout the Majors, Dusty Baker of the Washington Nationals and Dave Roberts of the Los Angeles Dodgers are the lone black skippers filling out a lineup card in the dugout

Baker, a three-time National League Manager of the Year (1993, 1997 and 2000) with the San Francisco Giants, was hired by the Nationals in November. Hes a baseball lifer who came up with the Atlanta Braves in 1968. During his solid 18-year playing career with the Braves, Los Angeles Dodgers, Giants and Oakland Athletics, he was a twice named as an All-Star (1981-82), a two-time Silver Slugger Award winner (1980-81), Gold Glove Award winner (1981), NLCS MVP (1977) and World Series champion (1981). After managing the Giants from 1993-02, he had stints with the Cubs (2003-06) and Reds (2008-13). Baker guided all three teams to the playoffs with a World Series appearance in San Francisco. His pennant-winning season in 2002 made him the second African American to manage in the World Series. 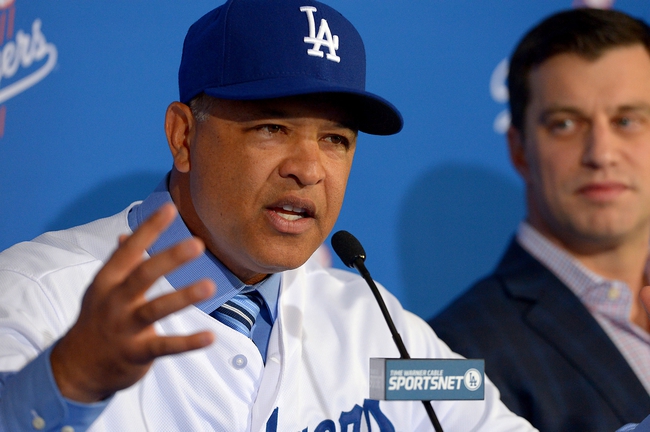 The 2016 campaign is Roberts first season as a manager. He previously played 10 seasons for five teams. The signature moment of his career came in Game 4 of the 2004 American League Championship Series. With the Red Sox trailing 4-3 versus the Yankees in the bottom of the ninth, and 3-0 in the series, Roberts came in as a pinch runner and stole second against legendary closer, Mariano Rivera. He then scored on a Bill Mueller single to tie the game. Boston won 6-4 in 12 innings. Roberts steal and eventual score sparked Bostons historic comeback in the ALCS and first World Series title since 1918.

His coaching/managerial rsum includes serving as a first base coach (2011-14) and bench coach (2015) with the San Diego Padres. He filled in as a manager for one game in 2015 following the in-season firing of Bud Black. The Padres lost to Oakland, 9-1.

In 1999, former MLB Commissioner Bud Selig issued a mandate requiring teams to consider minorities for high-ranking job openings. Nevertheless, just like in the NFLs Rooney Rule, this decree is limited and only has legislative power when it comes to the interviewing process. Team owners have the right to hire the person of their choosing for any open position.

Managers are hired and fired at the conclusion of each season. However, the peak total of black skippers in one year was eight in 2002. This list included Baker (Giants), Frank Robinson (Montreal Expos), Don Baylor (Chicago Cubs), Jerry Manuel (Chicago White Sox), Hal McRae (Tampa Bay Rays), Lloyd McClendon (Pittsburgh Pirates), Davey Lopes (Milwaukee Brewers) and Jerry Royster (replaced Lopes with Brewers after he was fired during the season).

The biggest issue is that minorities are not seriously being considered for many of these openings, said Dr. Richard Lapchick, director of The Institute for Diversity and Ethics in Sports (TIDES). Enacting the Selig Rule was a step in the right direction in requiring minority candidates to be considered for each managerial opening. However, the number of minority managers has steadily decreased since the 2009 season and oftentimes, we see the same candidates being chosen for each opening that comes about.

Despite its flaws, the Selig Rule perhaps played a significant role in the career advancement of Kenny Williams, Mike Hill and former ace Dave Stewart. Williams had a brief pro career, but has excelled as an executive. He worked as general manager for the Chicago White Sox from 2000-12. This run included a World Series title in 2005. In October 2012, he was promoted to executive vice president. Hill previously served as general manager of the Miami Marlins from 2007-13 before being taking the job as president of baseball operations in September 2013. Stewarts pitching highlights includes World Series rings with the Dodgers (1981), Athletics (1989) and Blue Jays (1993), World Series MVP (1989) and two ALCS MVPs (1990, 1993). In September 2014, he was hired as general manager of the Arizona Diamondbacks. Williams, Hill and Stewart are currently the highest ranking African Americans in the Majors.

The lack of black managers in MLB represents a double-edged problem which goes beyond a level platform of inclusion when it comes to hiring policies.

Just like with any sport, coaches or managers previously competed as a pro or on the collegiate level. Unfortunately, due to the annual downward spiral of black players suiting up in the Majors, theres a smaller talent pool of applicants seeking work as managers. While this in no way is an excuse for the unbalanced scale of managerial diversity, it does, however, provide some insight as to why the number of managers of color has plummeted over the past decade.

Latin Americans have made significant contributions to the game of baseball. Many stood alongside African Americans, competing in the Negro Leagues during Major League Baseballs segregation era. Since that ban was lifted, Latinos have carved out their own niche with superstars such as Roberto Clemente, Juan Marichal, Pedro Martnez, Ivn Rodrguez, Albert Pujols and the aforementioned Mariano Rivera standing as some of the greatest players in the history of the game.

The love affair between Latin Americans and baseball goes beyond the schedule of games in the United States. Due to its baseball-friendly climate, several Latin American countries have yearlong leagues which serve as a potential springboard to the Majors for talented players.

However, despite this long-lasting bond, several Latinos have also found themselves on the outside looking in when it comes to top-tier jobs. While the sum of African Americans is significantly less than it was 30 years ago, Latino representation on MLB rosters has increased annually over the same period. According to data collected from TIDES in their Racial and Gender Report Card for Major League Baseball, the number of Latinos on ball clubs rose from 28.4 percent in 2014 to 29.3 percent in 2015.

Based off this information, combined the traditional gateway of former players ascending to managerial or executive positions, it would seem only natural thered be a higher total of Latinos in these roles. Currently, Fredi Gonzlez of the Atlanta Braves is the only Latin American manager in the big leagues. Prior to his first season with the Braves in 2011, Gonzlez managed the Marlins from 2007-10. 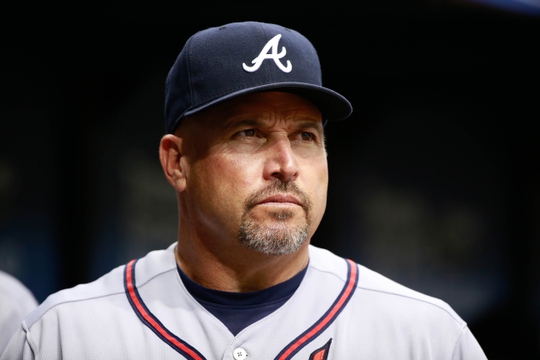 Although the managerial jobs are far and few between, there is Latin American representation in ownership. Arturo (Arte) Moreno of the Los Angeles Angels of Anaheim is the head man of the franchise and the lone Latino owner in the four American professional sports leagues (NFL, NBA, MLB and NHL).

Where Do We Go From Here?

At its core, baseball is a grand game. However, despite the massive wealth opportunities from non-salary cap contracts, many young African American athletes are turning away from the sport in droves once they reach high school. This decrease carries over to the minor leagues and ultimately the pros. Little-to-none black player participation equals no future managerial hirings.

Baseball also struggles from a popularity standpoint within the African American community. Unlike football or basketball, a lot of young black athletes dont perceive playing baseball as the cool thing to do. The sport needs a rising black star the likes of Steph Curry, Cam Newton or LeBron James to help kids regain an interest in pursuing a career in the Majors.

For foreign-born Latin American athletes, baseball provides an escape from impoverished conditions of their homeland. Because of this, the number of Hispanics on the diamond will continue to rise with each passing season. Owners and general managers must foster a culture of equality by offering Latin American retirees the same opportunities to run a club as they do to play on a club.

In order for baseball to reflect the cultural patchwork quilt of America, it will need to do a 180-degree turn when it comes to minorities working in managerial and executive positions. The revolving door, which often swings open for white managers/general managers after their termination or resignation, must also turn freely for African Americans and Hispanics applying for work. This is the only way the game will showcase a level playing field and erase the ugly stigma of the perpetual inequities within the hiring realms.