How long have we been hearing about the NFL’s great desire for diversity and inclusiveness in management and off-field employment opportunities?

At this point, they sound like your no-good cousin who sits around during every family bar-b-q saying, “You know what I’m going to do?….”, pontificating on grandiose life changes and business plans, simply to spend the entire time between the next get-together doing diddly-squat, while hitting you up every few months asking, “Lemme hold a few dollars until I get things in order.”

But at this point, and please excuse my pessimism, I’m ready to tell the NFL what everybody wants to tell that manipulative loser of a cousin. “Ummmm, hell, no! I’m tired of your berlshit. You gets nothing here, partner. Get to steppin’!”

I’m happy that some athletic trainers, communications specialists, video directors, equipment managers and administrators will get a few internships, but I ain’t buying that this is some great effort to diversity hiring efforts by the almighty, benevolent NFL. 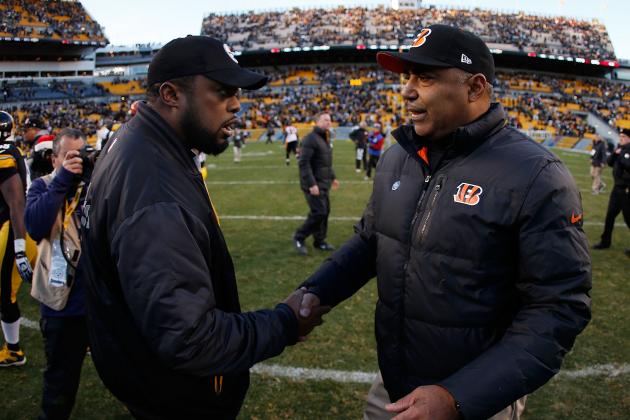 Better late than never, you say? In the words of our great modern philosopher Ocho Cinco, “Child Please!!!”

The NFL is also touting the fact that it will host a conference at the Celebration Bowl, the annual contest between MEAC and SWAC champions, that will include panel discussions, and other networking opportunities.

The very last thing we need is more damn parties and panel discussions!

How bout you simply hire some more women and people of color. It’s really that simple. There are an abundance of folks that have long-been qualified. I’m sick of these folks posing for the camera, smiling and acting like they’re about to do something.

I hope they prove me wrong, just like I hope that cousin will get it together.

But I’m going to tell the NFL just like I told my cousin, “Man, if talking was the Olympics, you’d be a Gold Medal winner. Because we both know that you talk a good one, but you ain’t doing it by 2016, you ain’t about to so s***!”

Because systematic and institutional bias, which most are either loathe or too ignorant to acknowledge, will never be solved by rules, committees, advisory boards and panels. The NFL keeps telling people what they want to hear.

Well the time has come to stop talking about it. It’s 2016 and an utter embarrassment. It’s time to simply be about it.