Since Willie ORee became the National Hockey Leagues first black hockey player in 1957, he and his peers have fought a battle on three fronts: on the ice with white players, off the ice with white fans, and within a media environment that has been dominated by white writers.

NBA players who had cultural impact and significance but who were misunderstood by mainstream America like Allen Iverson hold similarities with todays NHL players. Self-confidence was interpreted to be arrogance. Their flashier playing styles turned off traditionalists, yet appealed to younger fans. That leads to a larger question. Do you hockey purists have a problem with race? Or it is that traditional hockey culture has a problem with urban culture?

Urban culture, which involves swagger and exuberance on the court and on the ice, resulted in ignorance and negativity from NHL purists and ignorant fans and media. When Montreal Canadiens defenseman P.K. Subban scored a game-winning goal against the Boston Bruins in last years Stanley Cup playoffs, he was called the n-word several times on social media by Bruins fans. That made things awkward since the Bruins had a black player in their lineup (Jarome Iginla) at the time and P.K.s brother Malcolm, is a top prospect in the Bruins organization.

Black people themselves would often tell Black hockey players that they had no business playing a white sport. Some went as far as calling them Uncle Toms.

Many players often fall into the weak narrative that once accompanied basketball players as well, referring to them as being lazy and self-centered, along with questions surrounding their attitude.

At the end of the 2013 season when the Chicago Blackhawks and the Miami Heat won titles, a social media meme surfaced comparing the number of times the Heats LeBron James and the Blackhawks Jonathan Toews used I in their post-game speeches.

The meme insinuated that James was all about himself, while Toews was hailed as a guy who puts the team above himself. Also, the NBA seems to be labeled as a thug culture. These days, that term has a racially-loaded meaning commonly used for NBA players, which for black hockey players are mostly linked to:

Lets be honest, 70% of teams in NBA could fold tomorrow + nobody would notice a difference w/possible exception of increase in street crime.

In 2010, Forbes magazine editor Michael Ozanian said that Many NBA players carry guns and the league is full of thugs.

One has to wonder how such cringe-worthy statements find their footing.

When Chicago Blackhawks winger Patrick Kane punched a cab driver, or repeatedly got inappropriately and obnoxiously drunk in public, certain media members and long-time hockey fans dismissed his behavior, alluding to a certain immaturity and the inherent lifestyle within the hockey culture. One can only imagine what wouldve been said if Subban had done that.

Subban, who is black, is considered among the most polarizing players in the game today. Hes brash, he talks trash, he usually celebrates a game-winning goal by impersonating someone holding a bow and arrow. When Subban scored the game-winning goal against the Blackhawks two years ago, after his patent bow and arrow routine, he did a body bump with the goaltender. Thats unheard of in hockey.

Last month, during Game 1 of the playoff series between the Canadiens and the Ottawa Senators, Subban slashed a Senators player across the wrist and was subsequently ejected from the game. Some considered what Subban did to be controversial. The Senators general manager, Bryan Murray, believes the former Norris Trophy winner, the award given to the league best defenseman, shouldve been suspended. He also insinuated that Subbans intent was malicious.

Meanwhile, Buffalo Sabres winger Evander Kane is a black hockey player who is young, rich, and relatively famous and he seems to have no qualms with letting everyone know it. During Kanes time with the Winnipeg Jets, he believed that the media was unfair to him, often mistaking confidence for arrogance. He believed it was because he is black. A Winnipeg Sun columnist once called him a Winger without a clue. That same columnist asked for Kane to tone down showing how much money he makes because hockey fans want to the players they root for to have a regular Joe image.

He attributed that to a mostly white press corps failing to understand a 20-something year old young black man. Many people, fans and media alike, disparaged him when he did push-ups with a stack of money on his back. After all, when one of his Jets teammates was convicted of drunk driving, it was barely reported by local media.

Another black player who has drawn the ire of hockey purists hasnt even played in the NHL yet. Josh Ho-Sang, whom a coach once called a “Harlem Globetrotter,” is currently playing well in the Ontario Hockey League, a stepping stone to the big-time.

Ho-Sangs outspoken ways are often at odds with hockey tradition. For instance, he recently called out Hockey Canada, the countrys governing body for the sport, for not inviting him to any of their development camps.

He claims that if invited, his game would stand out to the point that Hockey Canada would have no choice but to put him on the national team.

People will find what they want to find in what I say, Ho-Sang told Sportsnet. I just speak my mind. If people want to make me seem like an asshole, go ahead. Its cool.

The coverage of P.K. Subban, let alone the rest of the league’s visibly ethnic players (and honestly, any group of foreigners, for that matter, and especially Russians), remains slanted, wrote Harrison Mooney, a former columnist with the Yahoo Sports hockey blog, Puck Daddy. It’s difficult to put a finger on. All that Subban and the other players of color know is that the rules are different for them.

Kavitha A. Davidson, of the Bloomberg View, noticed a similar pattern when the New York City and the Canadian media wrote about former New York Ranger Anthony Duclair:

The stereotype of the “natural” black athlete has its roots in social Darwinism, the idea that a physically gifted black race emerged from generations of the fittest slaves and workers bearing offspring. But as various scholars have noted, that notion is used as a backhanded compliment in order to justify the perception of blacks’ intellectual inferiority.

When Duclair was traded, Glenn Healy, a former Rangers goalie and current Sportsnet broadcaster said, I question the work ethic and the attitude of Duclair.

The comments didnt make sense since Duclair was the teams top prospect who often plays on Canadas national team. Duclair wasnt traded for his attitude, the team had to give him up to acquire the talent that is helping them in their current Stanley Cup run.

Its those battles, and the largely forgotten history of African-American hockey participation, that formed the basis for Toronto filmmaker Kwame Damon Masons in-progress documentary Soul On Ice: Past, Present & Future.

I remember I was six years old, we were playing street hockey and we would say who we wanted to be, Mason said. I said Guy Lafleur. I remember this kid telling me I couldnt be Guy Lafleur because hes white.

Mason also speaks to the parents of some of the players, most notably, Karl and Maria Subban, the parents of P.K. and his brothers Malcolm and Jordan.

I started to do some research and found out about the Colored Hockey League, said Mason. I was dumbfounded. Ive been in this country all my life and Ive never heard about this. I thought, one day, this would be a great story to tell.

He says that many of the players parents he interviewed would hear taunts directed towards their sons.

Some had to fight in the stands, said Mason. They would hear taunts and jeers from these parents. They had to put people in their place. Parents have also grabbed kids for physical play.

Mason says the Subbans believe the circus around their sons is much ado about nothing.

They consider all that stuff distractions, Mason said. They tell their sons Dont let distractions deter you.

The sacrifices made by ORee, James and Marson have not been lost by todays generation of black hockey players. When Mason interviewed the Subban parents, he says he spoke to them about the past incidents surrounding P.K. and Jordan.

They said, If I ever hear my boys complain, I will put them in their place and say youve seen nothing compared to what the guys in the 70s and 80s had to go through so suck it up, Mason said. You can hear the freedom in their voices. Back then, they had to not only worry about playing hockey, but the crowd as well. They see the changes in the game. They reached out to the younger guys as much as they can.

Hip- hop, or urban culture, has officially infiltrated one of the last bastions of staunch values when it comes to team sports — hockey.

Many of the Team Canadas players were seen dancing and reciting the lyrics to Kendrick Lamars hit song King Kunta after a 6-1 victory over Russia in the Ice Hockey World Championships Sunday night.

Like most narratives that were initially rebuffed because it didnt mesh well with tradition, black hockey players, and the style that most of them play with, isnt going anywhere. The NHL, the fans and the media whom they cover, will have to adapt or get left behind. 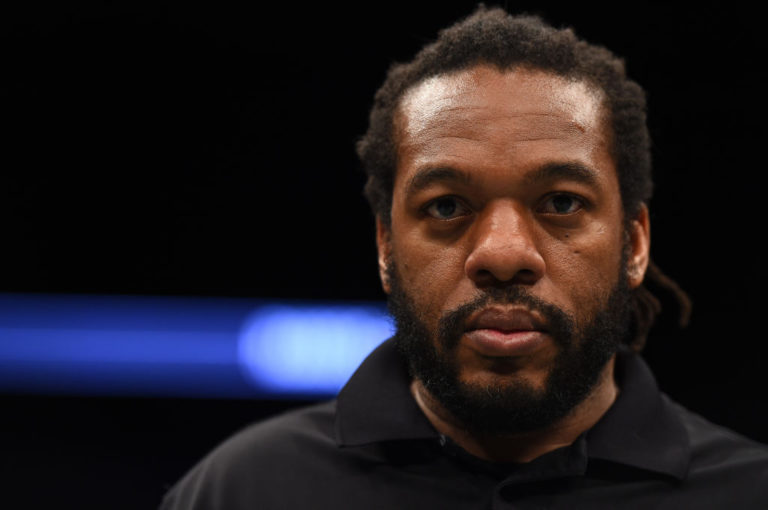