SMU basketball coach Larry Brown is not a despicable, disgraceful cheater. The headlines will tell you that he is, with most columnists screaming that hes left every school on his college basketball resume saddled with NCAA sanctions due to major rules infractions.

All of the articles calling for his firing that have surfaced over the last few days have been predictable. They all point out that after leading UCLA to the 1980 national championship game, in his first year as a major college coach by the way, Brown bolted a year later to take the head job with the NBAs New Jersey Nets. 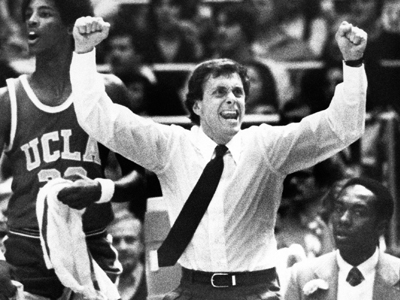 Shortly thereafter, it was announced that UCLAs Final Four and title game appearances would be vacated due to major NCAA infractions.

Next, theyll point to his tenure at the University of Kansas, where he won a national championship in 1988. The Jayhawks, led by Danny Mannings otherworldly 31 points and 18 rebounds, pulled off one of the biggest upsets in NCAA championship game history when they beat the explosive, heavily favored Oklahoma Sooners 83-79.

Months after cutting down those nets and having his team immortalized in the annals of college hoops lore as Danny and the Miracles, after Brown had moved on to coach the San Antonio Spurs, the NCAA announced that Kansas hoops program was being put on three years probation.

NCAA Assistant Director of Enforcement David Berst said at the time that Kansas had actually been considered for the death penalty, the sentence that SMUs unruly football program with its exorbitant slush funds that funded player salaries had received a year earlier.

At the crux of that two-year investigation was a dynamic, versatile 6-foot-6 guard/forward from Memphis State University (now known as the University of Memphis) named Vincent Askew.

Askew decided, after two years with his hometown Tigers, and having helped them reach the Final Four as a freshman, to transfer to Kansas.

Askew was raised by his grandmother in the rugged Memphis inner city, along with thirteen of her own children and three of his cousins. He was living on the Kansas campus during the summer of 1986, when his grandmother became ill.

Larry Brown, it was later learned, provided Askew with approximately $1,200 dollars to visit his sick grandmother on a few occasions. Askew eventually decided to leave Kansas and re-enroll at Memphis.

When the NCAA announced those sanctions, they ruled that Kansas would not be allowed to defend its national championship. It was the first time ever that a defending national champion would be barred from March Madness.

And now the hammer has dropped once again on Brown at his latest stop, SMU.

It seems that hes batting 1.000 when it comes to overseeing a program with major rules infractions. This time, hes been accused of being in charge of a staff that willfully engaged in academic fraud, specifically a former assistant coach and administrator who did coursework for a McDonalds All-American named Keith Frazier, so that he could become academically eligible.

Brown has been suspended for 30% of next seasons games. The NCAA also added to his Hall of Fame resume by banning the Mustangs from postseason play.

Brown was not allegedly involved in the academic fraud, but the NCAA says that he failed to report the violation once he found out about it, and that when initially questioned by the NCAA, he was, shall we say, less than forthcoming.

So, you mean to tell me that Brown was not aware that his star recruit would not be eligible, nor was he aware of a scheme manufactured to make him eligible immediately? Yeah, ok. But that truly is a discussion for another day.

Coaches cut corners. Anyone who has been around elite college athletics knows this. The poor judgment ranges wide, from small incidents that the public never hears about to embarrassing national scandals.

When a star recruit cant pass the SAT, they turn a blind eye when a stand-in is paid to get a qualifying score. When they walk into a living room to recruit, they talk about doing things the right way, knowing that the middle man who walks through the vestibule after him is making promises of jobs, cash payments, and perhaps a new car and, and if hes special enough, as Reggie Bush was deemed while at USC, perhaps an immaculate, rent-free house.

Now back to Larry Brown. Were his violations really that bad?

At UCLA, those sanctions were the result of a booster by the name of Sam Gilbert, and his largesse when it came to the programs basketball players. Gilbert had long been a major influence and presence behind the scenes in the Bruins program: the sugar daddy who financed and took care many of the great players dating back to the early days of the John Wooden dynasty.

But people dont want to hear about or discuss what went on under the Wizard of Westwoods watch, though, and how the Bruins stayed stocked with the nations most talented roster year after year.

Larry Brown, supposedly, left UCLA after his short stint because he found it impossible to curb Gilberts influence. Well leave the validity of that assertion to debate another day.

But at Kansas, helping a kid who grew up in poverty to get back to his hometown to see his sick grandmother, a kid who chose to stay close to home and never actually enrolled in classes and who never suited up for one practice? Cmon man. Yeah, money changed hands, for airline tickets home.

And what happened in both of those instances? The players, the student-athletes who the NCAA claims to have their best interests in mind, suffered for something they had no involvement in.

The same thing will happen with the kids at SMU who did what they were supposed to do.

I understand that Larry Brown is no saint. He was brought in at the twilight of his career to get SMU, a school with no historical basketball pedigree, to the Final Four. He was hired because, not only is he among the greatest coaches ever, but because he delivers wins. He’s already turned a moribund program into an NCAA Tournament team. Thats the bottom line.

Thats what only matters, because that is the ethos of the society we live in.

Im not mad at Larry Brown. To be quite honest, I like the guy. Major college sports is a big, dirty business. To me, there have been pariahs who have been exponentially worse, first and foremost being that pathetic sexually transmitted disease named Dave Bliss.

Not sure if many of you remember the sordid details of the tragedy at Baylor that took place in 2003, when Carlton Dotson murdered his Bears teammate Patrick Dennehy.

That’s when Bliss became the poster boy for being the coaching Anti-Christ when he instructed his coaches and players to suggest that the murdered Dennehy, in the midst of his familys suffering and pain, was a drug dealer to hide the fact that Bliss had been funneling him cash, which is against NCAA rules, so that he could pay his tuition until eventually becoming eligible for a scholarship.

We don’t only see this deception in college sports.

In fact, the cheating in collegiate athletics pales in comparison to what we see in corporate America.

Anybody remember WorldCom’s Directors willfully using fraudulent accounting methods to boost the stock price when share values began falling. They emerged from that with a new name, MCI.

Anyone familiar with Enron? How about their accountants at Arthur Andersen, convicted of obstruction of justice for shredding documents relating to the Enron scandal?

Dick Cheneys Halliburton, which magically received a $7 billion contract in the days prior to the Iraq War, when they were the only actual firm allowed to bid on those contracts?

How about more recently, where Volkswagen, the worlds largest automaker, is in hot water for its rigging of diesel engine emissions results?

I could go on, but by now you should smell what Im cooking.

And the NCAA has got some nerve, dont they?

Acting holier than thou, making the kids who had nothing to do with the transgressions, whether at SMU or Syracuse or any other school dealing with isolated incidents of academic fraud, suffer the consequences of lost scholarships, postseason bans and whatever else the organization deems as sufficient punishment.

To quote one of our great modern urban philosophers, Mr. Charles Ramsey, the NCAA must have some pretty big testicles to pull this off Bro.

You mean to tell me that the punishment was handed down by same NCAA that operates a billion dollar cartel without compensating its labor pool? The same organization that has violated federal anti-trust laws with impunity and prosecutorial immunity? Who has profited immensely off of its laborers while insisting that they are not entitled to the profits generated by their apparel sales, and names, images and likenesses that drive video game revenue? 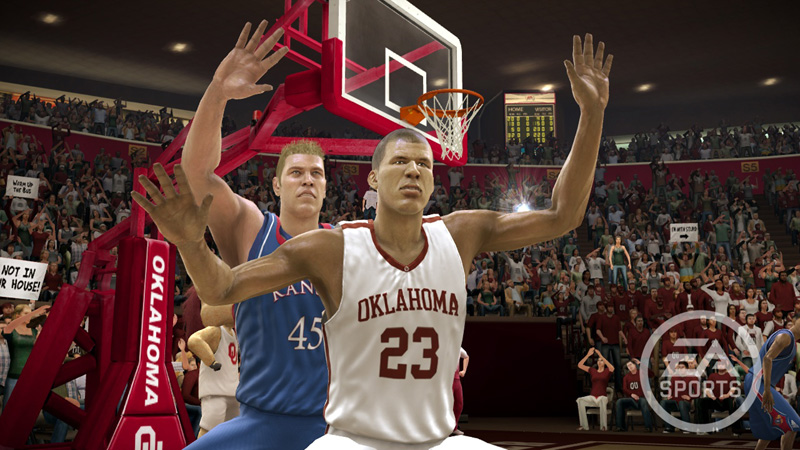 The same NCAA that has hypnotized a gullible public into believing that theyre involved in an enterprise called Amateurism?

They need to leave the Larry Browns alone and admit that some of their athletes are not student-athletes, but rather employee-athletes, who have long been stolen from and taken advantage of.

And people screaming for Larry Brown to be fired because he lied to NCAA investigators need to have several seats.

The very biggest thing thats thrust upon us in this country, when were first able to formulate thoughts and words, turns out to be the biggest lie ever.

Thats how we get our start in life, living a lie, before we realize that there aint no damn Santa Claus. And yet we happily continue to perpetuate that untruth with our own kids, to our own detriment, to the benefit of pure consumerism and corporate gluttony.

I hope Larry Brown wins a national championship before he retires from SMU one day soon. And in his acceptance speech, Id love if he told the NCAA to stick their trophy where the sun doesnt shine.