Access. Opportunity. A seat at the table of power, and not simply a disposable commodity on the playing field. This is what’s being fought for and demanded in the next frontier for people of color in the business of sports.

It’s no secret that we’re woefully underrepresented when it comes to ownership and the leadership positions of head coaches, general managers and athletic directors, among others. And when it comes to women of color, the dearth is beyond staggering.

But quietly, and with little fanfare, a historic step in the right direction was taken by Andrea Williams, who was named the Commissioner of the Big Sky Conference, becoming the first African American woman ever chosen to lead an NCAA Division I conference.

As the start of the college football season was set to get underway, Williams sat down for a discussion with The Shadow League to shed some light on who she is, where she’s from and her vision for the future of Big Sky.

The Shadow League: Let’s start at your beginnings. Where did you grow up?

Andrea Williams: I’m a military brat. My dad is retired from the Air Force so we moved around quite a bit. I was born in Missouri and moved to Alabama, Texas, Pittsburgh and back to San Antonio a couple of times. I claim San Antonio as my home because that’s where I went to high school and where my parents retired.

TSL: Were you born into a sports family?

AW: Absolutely. We all grew up with sports as a part of our lifestyle and fabric of who we were as a family. It was very clear early on that we were going to focus on academics, and that we were going to play sports and get scholarships. Both of my parents went to Tuskeegee Institute and my dad played sports. He was like, “It can be an athletic or academic scholarship, but you’re going to get your education paid for.”

TSL: Let’s explore your dad’s influence a little more. What did his investment in your development as an athlete look like?

AW: After school, we were heading to the gym. On weekends, he would wake me up to go and work out. He would take me to local high school and college games in order to watch other players. He would point out the important characteristics of a point guard, the skills needed to be a good shooting guard, say things like, “This is how you post up, this is who you need to watch and study in order to better your game.”

At halftime and in between games, we were doing homework in the stands. That was how I grew up.

TSL: How about at home? Did he have a favorite player that he wanted you to study?

AW: At home we were watching Magic Johnson. My dad would say, “He can pass, he can shoot, he can post up and he can do everything that needs to be done on the basketball court. This is the type of player you want to be.”

TSL: That Daddy/Daughter bond through sports, when done with love and encouragement, is very powerful. Did he still have some game when you were in high school?

AW: My dad has a sweet J. His jumper was smooth. When we were on these military bases and I was old enough to drive, we’d run the court on his lunch hour with the guys. That was important because he always wanted you to play up a level. These were grown men I was playing against, and my dad was my teammate and my coach at the same time.

Those experiences were awesome. I, my brother and my sister would not be where we are and have the type of success we’ve experienced had we not had that support. I never had a fear of failure because I always knew that my parents had my back.

TSL: How did you juggle playing two sports at a major D-I level, volleyball and basketball at Texas A&M, with your academic responsibilities?

AW: My focus on academics was a result of my parents checking in on me to see how my grades were, but also due to our professors and academic advisers. They ensured that I stayed on task in terms of getting my degree. They made sure that you were in class, that you were going to study hall and meeting with your tutors.

I certainly was not the student I think I could have been. I could have worked harder in that regard, but I had individuals around me that ensured that I did the right things.

TSL: You majored in Communications and wanted to work in television as your initial career goal. How did you shift to working in sports administration?

AW: I loved television and wanted to go back to San Antonio to be a news anchor. I worked for a local Warner Bros. affiliate when I was at Texas A&M, did a wonderful internship at CBS Sports in New York and in my first internship after graduating I was able to do a multitude of pieces and on-air work for Fox Sports South.

All of that was great. I thought, “I know how to talk in front of the camera, I probably need to learn how to write.” I didn’t know at the time that it would translate into writing releases, re-capping stories and being a spokesperson for organizations.

As I went to work for The Big Ten Conference, that led me to marketing, which led to management and a lot of other things. As I learned more about what a conference office does and what institutions do to help their student athletes, I realized that this is where my passion is.

TSL: Most people just turn on the television to watch college football and the NCAA Tournament and have no idea what a conference office does. Explain the role that they play in the larger piece of the puzzle.

There’s a multitude of things including marketing, compliance and governance. Our primary responsibility, though, at the end of the day is to be a service organization to our member institutions.

TSL: How have your experiences working with the NCAA and the Big Ten Conference previously prepared you for this next challenge?

AW: There were a lot of levels along the way. My upbringing in a military family, moving around a lot and having to adapt quickly, being a student-athlete and having a baseline understanding of what it means to compete in college athletics.

Being able to learn at a conference like the Big Ten, which was the first of its kind to start its own television network, its leadership in concussion research and I believe the first to use video replay, to be in such a wonderful conference that is very progressive provided learning, growth and opportunities for me that helped prepare me for this position with the Big Sky. 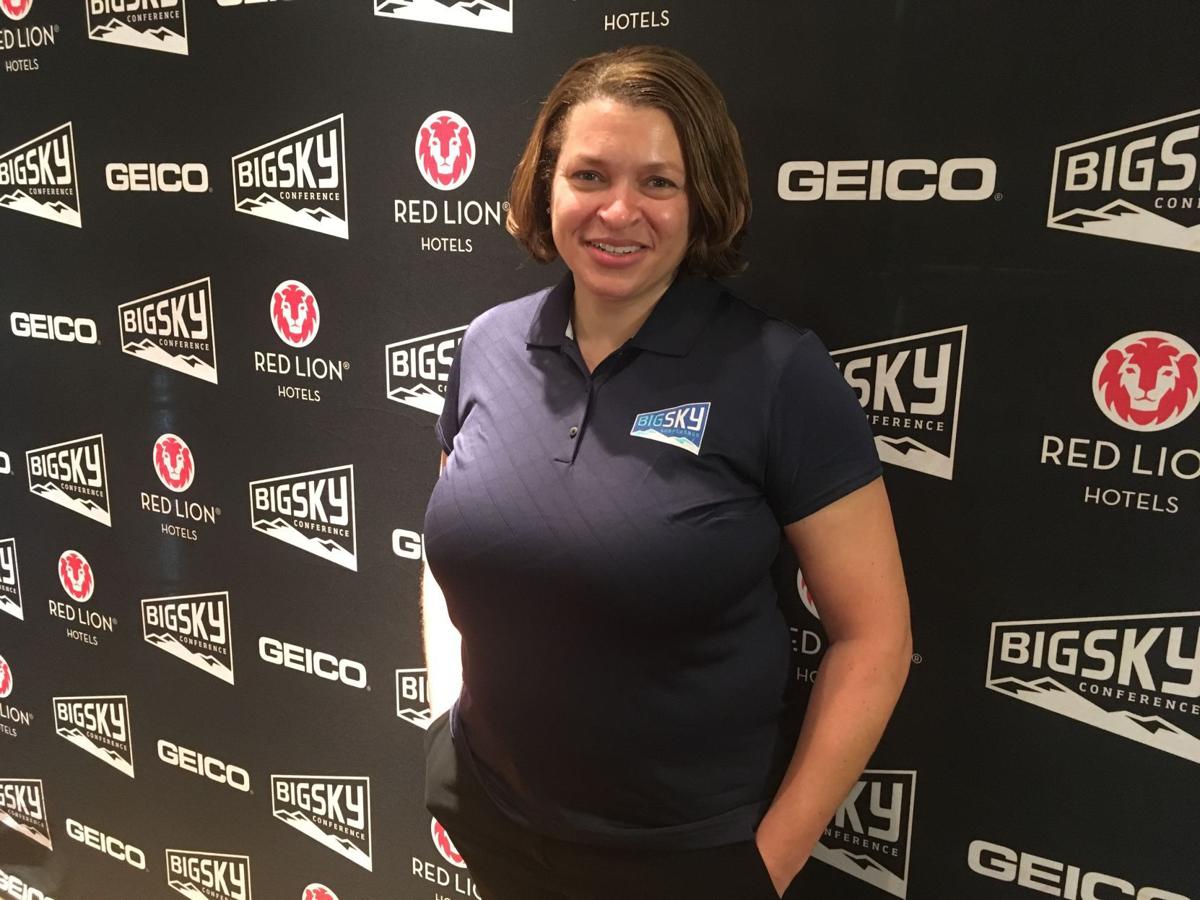 TSL: What is your personal vision for this challenge? What are you looking forward to doing?

AW: I’m in a fortunate situation in that the Big Sky has been around for over half-a-century. It has a great foundation of tradition and success. My goal is to build on that. Currently, we’re going through a strategic plan and identifying where we need to be in terms of scale and scope. We have Idaho joining us in football in 2018, so with the ever-changing landscape of conference alignment, the question is, are we where we need to be?

We’re currently going through television negotiations right now. The Big Sky leads all FCS (Football Championship Subdivision) conferences in television coverage and exposure. That’s an area where we want to continue to lead. Some low-hanging fruit for us where I definitely want to be more aggressive is in sponsorship because that’s an area where we can see some revenue growth.

TSL: Where do you want to be most successful?

AW: The biggest part of what we do and where I want to be the most successful is in the experience of our student-athletes. We want to recruit and retain the best students that are out there and we want to compete for championships. Going into the fall season, we’ve got five of the top 25 teams in the country, so we want to compete, advance and win in the NCAA FCS Football Championships.

Same thing in other sports. The priority is to be successful in the classroom and on and off the field. Ultimately, we want to graduate our students and develop them for a world and life after sports. We want to ensure that they’ll be great contributors  to their communities once they leave a Big Sky institution.

We want to make sure that we foster great opportunities for them while they’re in school, so when they leave they’ll feel like they were prepared for life after college and sports.

TSL: You are an inspiration for so many people. You’ve crashed through the glass ceiling and have taken a seat at the decision-making tables of power in major college sports. I’m pointing at your example to let young athletes know that there’s a bigger game beyond simply being an athlete. When you reflect on what you’ve accomplished, what do you think about?

AW: In 2016, you wish and hope that there are no more glass ceilings. You would hope that opportunities are presented for those who are the most capable and prepared. I can look and see that we have an African American President and a female presidential nominee. That’s amazing!

I watched the Olympics and saw first-ever achievements by Black females in gymnastics, swimming and other sports, and that made me hyped to want to go out and do more and be more.

TSL: That’s a very simple concept that needs to be pushed, investing in others.

AW: I am here because of other people and other shoulders that I’ve been able to climb on in order to advance in my career. There were others who helped groom and prepare me, who coached and mentored me.

I’m a product of other people taking on the responsibility of helping me. That’s my role moving forward.