If Steph Currys OKC scrap at the end of the first half the other night was the appetizer then the near brawl between Chicago Bulls 7-footer Robin Lopez and Toronto Raptors power forward Serge Ibaka was the entree. The main course is sure to be a doozy as the grueling NBA regular season draws to an end, season-long feuds boil over, jobs are at stake and playoff position and respect rises to the top of the priority list.

In the third quarter of a 122-120 win by Toronto on Tuesday night, Ibaka hits Lopez with a little elbow to the kidney. Nothing that uncommon when it comes to NBA big men in the trenches. Lopez took exception to it and slapped the ball out of Ibakas hands like they were playing one-on-one in the steel cages at West 4th. Before you knew it, it was on like popcorn and Lopez threw a wild overhand punch that missed. Soon players, coaches and refs interceded and Ibaka struck back with a punch that glanced the side of Lopezs head.

They both showed poor accuracy with the punch, but solid roll techniques in avoiding the blow.

Ibaka kept it 100 after the game.  He punched me, Serge said. Im a man I had to defend myself.

I like this new, feisty spirit NBA players are exhibiting. Curry and OKC the other night and now we have actual punches being thrown like it was cocaine Tuesdays back in the NBA swinging 70s.

NBA analyst Tim Legler implied that some bad blood must exist between these two guys because its rare that punches are thrown in a basketball fight.”

Lopez was obviously pissed at Ibaka because even after the two were separated Lopez looked like a rabid dog trying to get at its prey. He was shouting obscenities and profanities at Ibaka.

Lopez said, It seemed like I had three guys on me…he kept coming …I felt like nobody had a grip on him.

When informed of the incident, Robins twin brother Brook actually put a comical twist on a heated situation. He said that Robin always threw the first punch, even when they had tussles growing up. Hes messed up like that, Brook joked. Maybe they can have a grudge match…Im pulling for Ibaka. 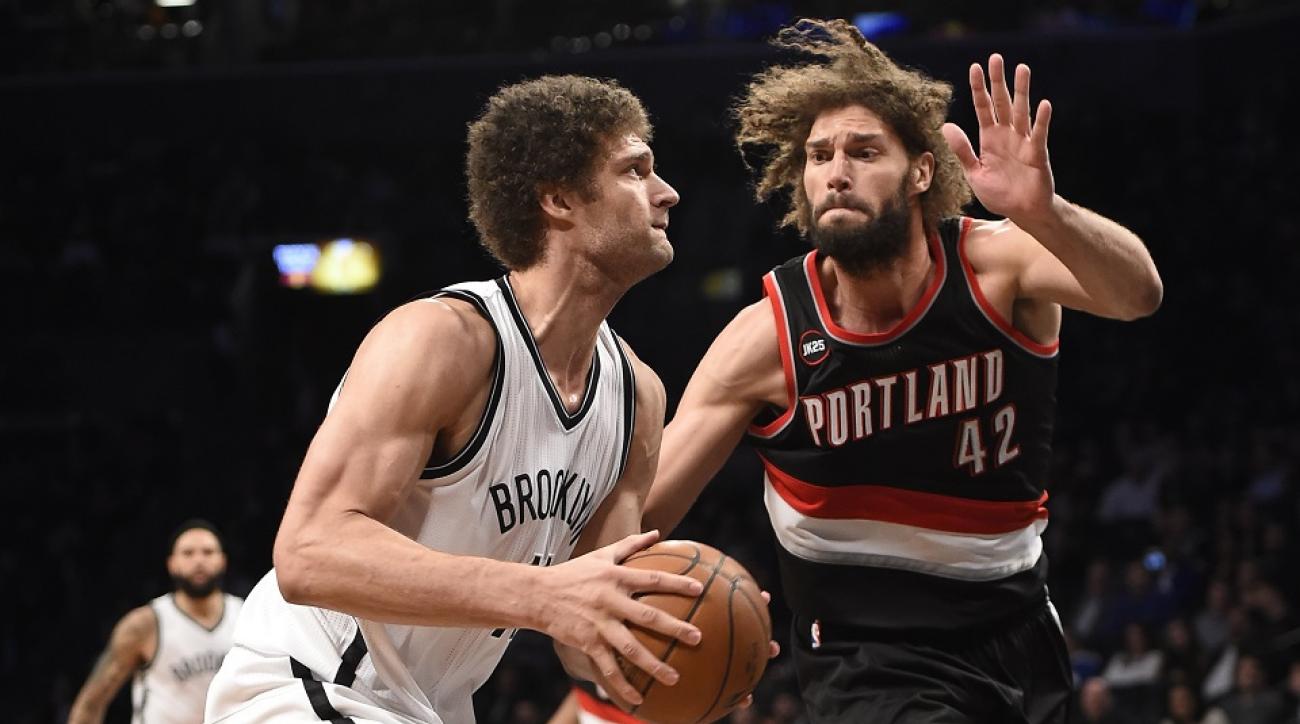 The buzzkill and oversensitive NBA league office probably wont find the incident funny and Robin will get banged in the head with a significant fine or suspension because the NBA acts like dudes cant get into a little hockey style fisticuffs every once in awhile. Like grown men who give a damn and realize the high stakes involved dont get mad.

In any event, theres a feeling in the air telling me that these NBA playoffs will be a bit rougher than usual.