Dwyane Wade did his best to help Miami battle a better Philadelphia Sixers squad in the Eastern Conference Playoffs opening round. His 28 point explosion in Game 2 tied the series and lifted Miami to its only win.

Throughout his 15-year career, Wade has provided Miami basketball with great hope, defied tremendous odds and established himself as one of the best to ever do it. He came into the league as a 22-year-old rim-rocker and at a refined age 36, retirement seems to be calling. If Wednesday was the last time we will see Wade grace the hardwood then reminiscing on his many career-defining moments is appropriate.

Wade was a Top 5 pick in a 2003 Draft that also produced LeBron James and Carmelo Anthony. He may have began his career as an afterthought for greatness, but his endless list of career-defining moments have created a legacy as rich and accomplished as the elite ballers in the history of the NBA. Miamis Game 5 series loss to Philadelphia on Wednesday night immediately generated speculation about Wades future. Hes put in 15 illustrious years in the league as a 3-time NBA champion and 12-time All-Star and is considered a Top 5 shooting guard in NBA history.

The first two months of Wade rookie season was a roller coaster ride as he tried to find his way in the NBA. His trial period didn’t last long as Wade scored 32 points with six rebounds and eight assists in a win against the Hawks on December 16, 2003. He was off to the races and the entire month became an introduction to Young Flash.

The BEST Dwyane Wade Highlights From His Rookie Season

In honor of Dwyane Wade’s 36th birthday, relive the memorable slams, jams and more plays from his first season in the NBA! Subscribe to the NBA: http://bit.ly/2rCglzY For news, stories, highlights and more, go to our official website at http://www.nba.com Get NBA LEAGUE PASS: http://www.nba.com/leaguepass

On Dwyane Wade’s 35th birthday, we take a look back at his break out rookie campaign! About the NBA: The NBA is the premier professional basketball league in the United States and Canada.

Wade averaged 16 points, 4 rebounds and 4 assists and sparked the rebirth of the Heat franchise as a title contender, leading them back to the postseason after a two-year absence.

Got a Request? Wonder what i’m uploading next? Follow me on Twitter – https://twitter.com/DawkinsMTA **Rare NBA/NCAA Games Collection on DVDs – http://www.NBAonDVD.com/ Download EVERY Game in HD Quality 10 minutes after the game ends: http://goo.gl/EG0aFq Got a request?

On April 13th, 2009  Wade dropped a double nickel against the Knicks. It was vintage Wade in his prime. A locomotive scoring machine with an array of unstoppable moves to the bucket and off the dribble. Wade was in a zone as it was his third 50-point game of the season, a season that saw Wade put forth four of the top eight scoring games in Heat history up to that point. That season, Wade outscored all of the legendary bucket-fillers and not only averaged the most points but carried the team on his shoulders as the first option.

As soon as Shaquille ONeal touched down in Miami he pronounced the squad as Dwyane Wades Team.” Shaq brought with him a resume of three NBA championships and knew how to play with ball dominant two guards from his success with Kobe Bryant in LA.

When Miami found themselves trailing the series 0-2 to Dallas, Shaq told Wade to take over and assert himself as the court killer he is. After sparking a dramatic comeback in Game 3, Wade averaged 38 points over the next three games,  scoring 43 points in Game 5 and 36 in Game 6, to capture the title by winning four straight games.

On January 18th, 2010, Wade became the all-time assists leader in Miami Heat history surpassing the great Tim Hardaway. It was an impressive accomplishment coming from a two-guard and shows how Wades versatility as a combo guard helped change the guard position and responsibilities at the pro level.

He’s also just the 41st player in history to score over 20,000 career points and the first in Miami Heat history

Dwyane Wade became the 41st player in NBA history and the first player for the Miami Heat to score 20,000 career points. About the NBA: The NBA is the premier professional basketball league in the United States and Canada.

The Big Three Forms In Miami

Dwyane Wade recruited his boys LeBron James and Chris Bosh to Miami to help James shake the skeletons of his championship-less past and silence the critics with four straight NBA Finals appearances and back-to-back titles in 2012-13.

It was a move that would shake the NBA to its core and spark what we now call the “Age of The Super Team.” Wade will forever be tied to The Big Three and also saving LeBron James iconic hide.

If not for Wade carrying LeBron through some of those series victories when the King couldnt seem to muster that killer instinct and shied from the big moment, James would never be mentioned in the same breath as Jordan, so when you speak about the legacy of LeBron James you cant do so without mentioning the guy who helped him win his first two rings and has the same amount of total chips (3). 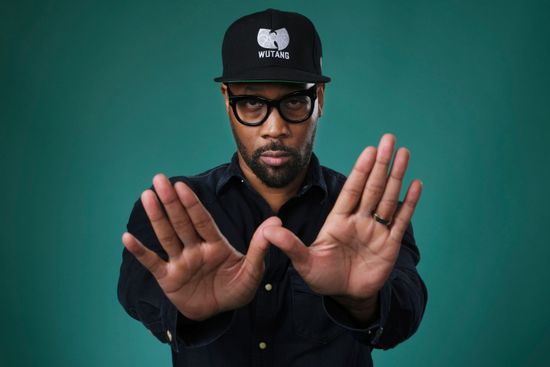 Naomi Osaka, BODYARMOR Team Up To Rebuild Tennis Courts In Queens As US Open Looms