The story seems to repeat itself often these days.

Rape by College Athlete: Football, basketball, baseball, hockey – pick a sport and it has probably been touched by this crime on a college campus somewhere in America. The higher the profile of a university (e.g. Baylor, Florida State, Yale), the more it will be covered by overall sports media. The lower the profile, well…we all know how that works.

As social media has risen, these incidents are now receiving unprecedented coverage. Every writer, broadcaster and fan can weigh in with their own judgments. Judgments that occur without all evidence present. A headline in a tweet or post like, (Athlete name) accused of rape at (college area location) stirs up emotions that are all over the map.

All before the story is fully told.

A controversial story was making the rounds. Some read the story and understood the premise behind it. Others read it, but interpreted it far differently. They took to social media to voice their anger. Their connections reacted in unison. When questioned about their stance, the reply was, I read peoples responses before I read the piece, which Im sure affected my reading.

Without all of the details presented this person had already given their verdict. Without all of the facts being presented, they were passing their judgement to their followers. The groundswell rose and the storys writer was forced to respond.

All before the story was fully understood. Still, despite the best efforts of Ms. Karvonides and others, students are yearning for a clear code of conduct. ~New York Times (March 2016)

As the mother of three (one daughter, two sons), I am responsible for teaching my children while they are under my roof. We parents have to teach our kids a lot of how-tos. How to:

Get along with others

Do well in school

The list goes on and on. Seems like basic, common-sense type of stuff, right? We parents do the best we can based on what we know. What we were taught as kids ourselves and our own experiences help shape the lessons we pass on to our kids. We parents arent perfect. We make mistakes. But, in the end, we try to do right by our kids.

There are other teachings Ive tried to pass on, but there is one element that covers everything. Call it The Golden Rule at its core, it is about RESPECT.

Respect for yourself and others will help kids know right from wrong, to do well in school, make wise decisions both professionally and even personally. As parents, we can only hope and pray that the lessons weve taught them have made a lifelong impression upon them.

It is with that mindset – one of respect – that I ponder a recent story from the New York Times. As sexual assault on college campuses has become a hot-button issue, there is increased pressure on universities and colleges across the nation to respond.

In recent years, Title IX has been brought into the fray. Title IX is the legislation passed which states:

No person in the United States shall, on the basis of sex, be excluded from participation in, be denied the benefits of, or be subjected to discrimination under any education program or activity receiving Federal financial assistance. (via ed.gov)

In 2011, the federal government issued the Dear Colleague letter to address a growing concern of sexual assault cases on campus – wording which includes a very strong reference tying them to Title IX:

Interferes with students right is the key phrase here. How does this compare to the problem raised in that New York Times article: students are yearning for a code of conduct? Thats where it gets murky. All of the dynamics of relationships – think about your own either currently or when you were in college – subject to a single, overarching set of guidelines?

Lets put this in context.

Youre behind in class and need to catch up. You see a classmate, whom you also happen to like, at the library studying and ask for their notes. They email them to you quickly and return to studying. Youre grateful and thank them by (innocently, in your mind) hugging them. Theyre surprised by this (unwanted) reaction. You interfered (in their mind) with their studying. They report it to the university.

That scenario may seem far-fetched, but it could happen with Title IX tied to campus codes of conduct. As far-fetched as staying in contact with ones offender? No matter how I answer that question, someone will be offended so Ill ask this question – how in the world did we get here in the first place?

Punishment is exactly whats happening at Yale. Jack Montague, (former) captain of the basketball team, was punished. Accused of sexual misconduct for an incident that occurred in the fall of 2014, Yale expelled Montague. The expulsion came after a university-funded investigation and subsequent review by a disciplinary panel.

As Yahoos Dan Wetzel points out, however, Sexual assault cases requiring precise and patient investigating, not to mention months of preliminary and evidentiary hearings even before they arrive in front of a jury.

Somehow, Yale was able to make a determination in a few short months and execute judgement against Montague.

The timing of the expulsion, before Yales appearance in the NCAA tournament, put the case front and center in the sports world. Writers quickly churned out articles on the topic. Social media battle lines were drawn. Montagues lawyer went public with a few minor details of the case and announcing plans to sue Yale.

And somewhere…there was a young woman being punished again.

We dont know what happened on the night in question. Thats the challenge of cases like this. If unconsented sex happened that night, the young woman was punished that night and has been every night since. With every tweet and every story written about her, it continues.

Some doubt her side of the story because they find it hard to simply take someone at their word. Consent is a difficult thing to prove in a court of law, let alone on a college campus. Victim-shaming is what some call this behavior. Discrediting, attacking, mocking a person theyve never met. They base it solely on what they read…on social media.

The punishment continues — lasting a lifetime.

Victim advocates shudder every time a new case arises or new data is released. Fear prohibits many victims from reporting the crimes. Fear of retribution, fear of reoccurrence, fear for their safety and yes, even fear of others unbelief.

For the past 10 years, this case has been the Alamo-esque rallying cry for people who worry that women who report sexual violence are liars, out for revenge, or regretful after having sex, writes Luther. It was a case that had it all – culture, race, money, privilege. The shadow of the case is long and destructive in this world that is predisposed, for so many reasons, to disbelieve and shame people who report sexual violence.

How much does the Duke case affect campus reporting today? While its true there are some who will have doubt because of what happened at Duke, it is impossible to quantify. Advocates quote data that indicates false reporting like in the Duke case is rare.

Tell that to Brian Banks.

I could be bitter, but I chose to be better. #powerofchoicepic.twitter.com/sFddHqXheA

When I hear about a reported rape on a campus, several things go through my mind. One is sadness. Sadness that it keeps happening (more on that in a minute). But, I also wonder – wonder if its true. Remember, consent alone is hard to prove. I wonder not because of the Duke case but because of Brian Banks story.

Banks was punished for a crime that didnt occur. He spent time in prison while his accuser was free. It was the young womans word against his. He lost. During a 2013 60 Minutes interview, Banks described his emotions that fateful day, I remember leaving that courtroom and going back into a holding cell and just being angry at the world.

He spent five years in prison, registered as a sex offender upon release and wore an electronic monitoring device on his ankle. Although no longer in a cell, Banks was still in prison. Youre not free when you cant go to a park or you cant go to your nieces birthday party because other kids are around, Banks mom, Leonia Myers, told 60 Minutes. Youre not free. 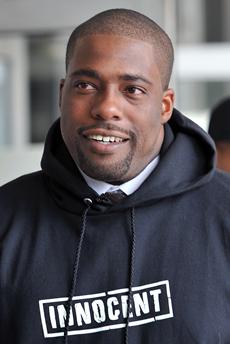 At its very core, sexual assault is a societal issue. To combat it, society must start with a healthy respect. When we teach our children to have respect for themselves, we are teaching them that they have value. Despite what any person, circumstance or society says, they matter. When they comprehend that, they begin life with a healthy mindset.

We also must teach them to respect others. In this context, respecting others does not mean you agree with everything they believe or stand for. It simply means you respect them as a human being. They are a person who is worthy to live on this earth and be treated with kindness and dignity.

When we have that type of mindset, it changes how we look and treat people. It also changes how we treat ourselves. Teach a young man or woman to respect each other as a human being from the time they are young. They are a person whom you value enough to not intentionally do them harm physically (sexually), emotionally or mentally.

Again, it does not mean you agree with their values or beliefs. It means were making an investment in the future so no one else has to suffer harm.

Idealistic? Maybe. Then again, the threat of punishment hasnt stopped sexual violence from happening. By many accounts, sexual crimes are on the rise in society, including on college campuses. If punishment isnt a deterrent, then perhaps it is time for a bit of idealistic thinking. Or rather, a new way of thinking…and teaching.

If a society wants change, it will fervently find a way to make it happen. The task may seem daunting, but in reality its a simple mindset.

Do unto others as you would have them do unto you…