In January of last year, police arrested Stanford University swimmer Brock Turner, a freshman at the time, after two male graduate students caught him violating an unconscious woman near Kappa Alpha fraternity. In March, he was found guilty on three felony counts; assault with intent to commit rape of an intoxicated or unconscious person, sexual penetration of an intoxicated person and penetration of an unconscious person. Heinous behavior with two eyewitnesses. Surely, he would be convicted.

He faced up to 10 years in prison. Turner’s jury included four women and eight men and deliberations took two days. Justice within that Palo Alto, California courthouse would have certainly been served. Well, it depends largely on what you call justice.

Outrage has ensued, and most people around the country are furious over this egregious act of convenient leniency for an offender who is rich, male and white.

In a letter to the judge pleading for leniency, Dan Turner, father of Brock, mentioned that his son’s life would; “Never be the life he dreamed about and worked hard to achieve. This is a steep price to pay for 20 minutes of action.”

That is what he called the deplorable act his son commuted on someone’s daughter or sister, “20 minutes of action.”

The letter, and Judge Persky’s flawed reasoning in agreeing with it, are indicative of a still prevalent view of women and their bodies being treated as the property of whichever male is “strong” enough to “conquer” them.

Here is a small part of what the victim had to say during the trial. It is a graphic depiction of the immediate aftermath of her assault.

“I shuffled from room to room with a blanket wrapped around me, pine needles trailing behind me, I left a little pile in every room I sat in. I was asked to sign papers that said Rape Victim and I thought something has really happened. My clothes were confiscated and I stood naked while the nurses held a ruler to various abrasions on my body and photographed them. The three of us worked to comb the pine needles out of my hair, six hands to fill one paper bag. To calm me down, they said its just the flora and fauna, flora and fauna. I had multiple swabs inserted into my vagina and anus, needles for shots, pills, had a Nikon pointed right into my spread legs. I had long, pointed beaks inside me and had my vagina smeared with cold, blue paint to check for abrasions.”

The victim will likely recall this incident for the rest of her life. For his part, Brock Turner will serve six months in jail and have to register as a sex offender. His father is a defense contractor with the United States Air Force specializing in weapons software. His mother is a surgical nurse. Additionally, his trial lawyer was former Barry Bonds attorney Dennis Riordan. So, it’s pretty safe to say the Turners have money and access the average citizen in America will never have.

It is also clear that Judge Persky was persuaded to go easy on Turner due largely to his race and class. And quite possibly because he was also once an athlete at Stanford who played lacrosse for the Cardinal during his undergraduate days.

But who was there for Brian Banks? Remember him?

Brian Banks was a former high school football star who served five years in prison for a rape he didn’t commit?.Banks, who now works in the NFL’s Los Angeles office, was only 16 years old when was accused of rape, tried as an adult and sent to juvenile hall for a year prior to his trial. He faced 41 years in jail, but Banks would turn down plea deals of 25 years, 18 years and 9 years before agreeing to what his attorney assured him was 90 days of observation.

Instead, the judge sentenced him to six years. He did not get his life back until 2012 when his accuser recanted her story. 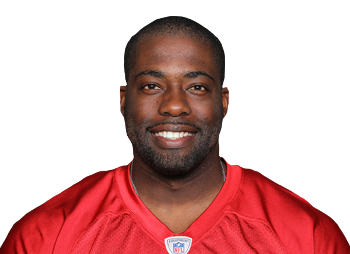 “I would say it’s a case of privilege,” Banks told the New York Daily News. “It seems like the judge based his decision on lifestyle. He’s lived such a good life and has never experienced anything serious in his life that would prepare him for prison. He was sheltered so much he wouldn’t be able to survive prison. What about the kid who has nothing, he struggles to eat, struggles to get a fair education? What about the kid who has no choice who he is born to and has drug-addicted parents or a non-parent household? Where is the consideration for them when they commit a crime?”

Here we have Banks, a black high school athlete, who was accused of rape by a white schoolmate and was basically tricked into agreeing to be sentenced to the fullest extent. No evidence, no nothing. Turner, who is white, from a family with money and is caught in the act with plenty of physical evidence, receives a light sentence. Some mass media outlets even went so far as to soften his image by using his high school photo instead of a police mugshot.

“You know a man is guilty, so why aren’t we unleashing half of the punishment that was unleashed on Brian Banks when he was innocent and there was no evidence?” Banks told the Daily News. “They gave me six years. They gave him six months.”

But in the eyes of the judge, it seems that Turner is more of a victim than the woman that he was actually caught in the act of raping. Meanwhile, young brothers like Banks are having their lives snatched away from them on little evidence and legal maneuvering every day across America.