With all the fanfare that has surrounded the Netflix venture into comic book lore, with the overwhelming success of such Marvel properties as Daredevil and Jessica Jones, comic book fans and mainstream TV mavens alike are patiently awaiting the arrival of Iron Fist from the classic crime-fighting duo, Power Man and Iron Fist.

Though the Netflix offerings have been beyond reproach regarding the thoughtful diversity they bring into their respective properties, it was only a matter of time before someone called them to task over diverse casting. After all, this is a long-standing issue that Hollywood has stubbornly refused to address. With all the bloody fist fighting and ninjitsu that we enjoyed from Daredevil, fans were foaming at the mouth for more. So, with Jessica Jones and Luke Cage on their way, it was only apropos that we get to see Iron Fist.

However, this time around I feel like it is much ado about nothing.

In the graphic novel version, Iron Fist aka Daniel Rand is the head of a Fortune 500 company that is second in the Marvel Universe only to Stark Industries in total assets. Created by Roy Thomas and Gil Kane, Iron Fist made his debut in Marvel Premiere #15 in 1974 during an era where martial arts were all the rage.

He was created a year after the introduction of Shang-Chi Master of Kung Fu – who was created when Marvel bought the rights to Fu-Manchu. Shang-Chi is of Chinese decent from the Hunan Province, while Rand is a blond-haired white male from New York City. Rand is a martial arts expert in possession of the Iron Fist while Shang-Chi is called the Master of Kung Fu. While he has no superpowers, he defeats superpowered heroes and villains on a regular basis with relative ease. 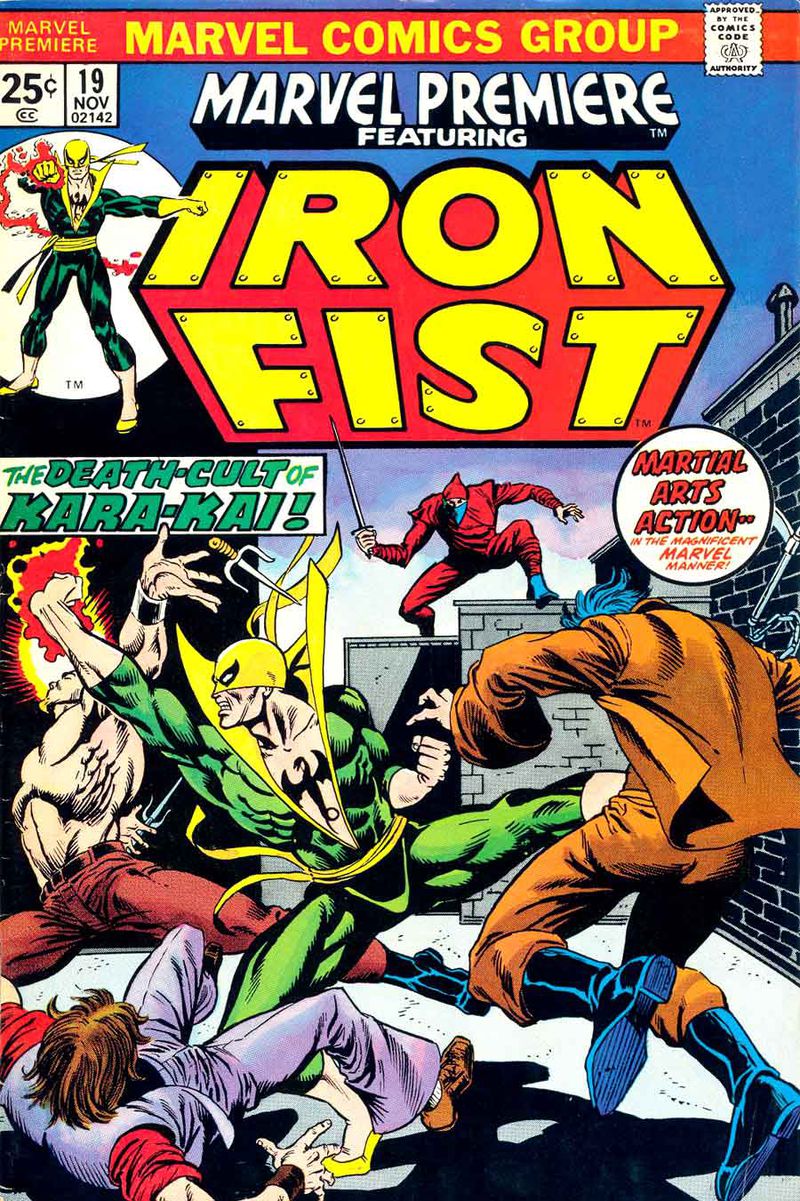 If it weren’t for Rand having the Iron Fist, the comparison is sort of like Bruce Lee and Chuck Norris. And we all know who was nicer with the hands, right? As is often the case in comic books and folklore alike, Rands journey to his role as Iron Fist is indeed an arduous and somewhat convoluted one.

He was born the son of a wealthy business man who stumbles upon the mythical city of Kun Lun and befriends the citys ruler after saving his life. He is eventually adopted as Lord Tuans son but leaves to return to America. Later in life he becomes a wealthy business man and tries to return with his wife Heather, nine-year-old child Daniel and business partner Harold Meachem, who secretly is in love with his wife.

Very long story made irresponsibly short, Both Wendell and his wife are killed along the way due in large part to the sucker emcee antics of Meacham. With vengeance in his heart, Daniel is given an apprenticeship by the new ruler of the city Yu-Ti.  Kun Lun appears on Earth once every 10 years. At that time Rand reemerges as the latest in a long line of Iron Fists.

Recently, I read an article by some academic bloviating about how Daniel Rand fits into the aforementioned paradigm, and I think thats a bunch of crap. Let’s be clear, all forms of media have exhibited forms of white supremacy via the idea of the great white hope in the past. Several examples of this in motion pictures are Dances with Wolves, The Last Samurai, Tarzan and more recently Avatar. 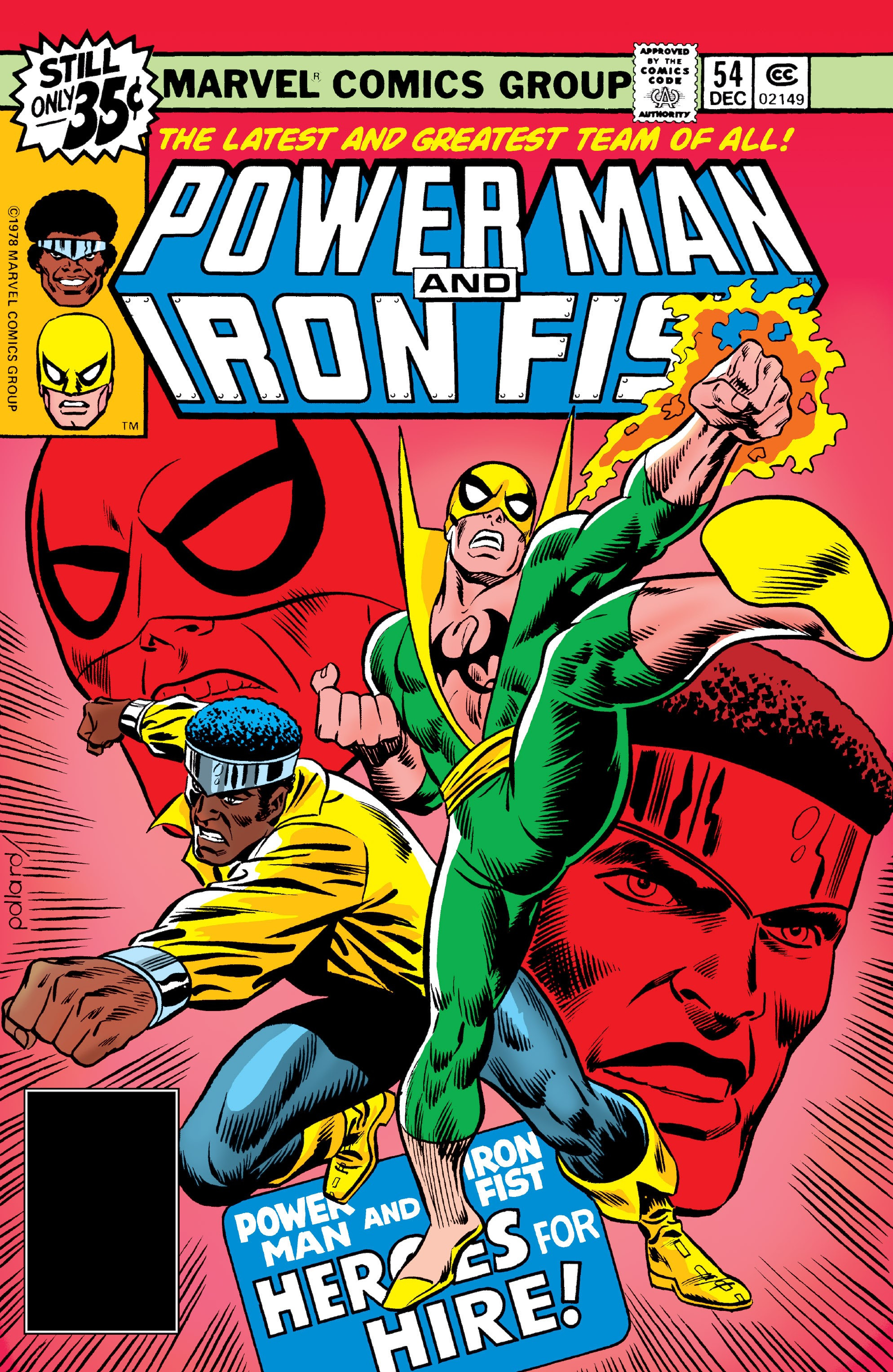 But in an age where disingenuous complaining for the sake of digital traffic hits has become big business, it was only a matter of time before someone who clearly doesnt read comic books complained about the character of Iron Fist being cast as white.

You know how I know this person doesn’t read comic books? Because they stated the casting of Samuel L. Jackson as Nick Fury in The Avengers as a point of reasoning when the “Black Nick Fury” is actually the son of the white Nick Fury and was created more than a decade before The Avengers hit the big screen in Marvel’s Ultimates storyline, before being brought over to the main Marvel continuum in 2012. So, yeah, try again.

When youre dealing with words like mythical and fantasy it should go without saying that theres going to be some pretty fanciful stuff going on. Stuff like a white kung fu master with a fiery punch. Additionally, when dealing with characters that were created 40 years ago there is bound to be some residual from the white messiah complex that rules many mediums even today, but were far more prevalent in yesteryear.

Be that as it may, most comic book fans would rather see the characters adapted for film and television to be as closely matched to the original material as possible. Also, saying that Iron Fist is racist in anyway is pure race-based sensationalism when considering that Kun Lun isnt an actual place on Earth in the Marvel Universe, or in our actual reality. It should go without saying that he who holds the pen creates the reality.

Dont like whats being written? Support a comic book that is more in line with your own worldview. I am well aware of the racist beginnings of many characters in the Marvel and DC universe and have written about the subject extensively in my time at The Shadow League. However, Iron Fist is not one of those characters.

There was a great deal of chatter about whether Rand should be cast as Asian in the Netflix adaption. Though I found the idea to be interesting, I didnt like it. But once actor Finn Jones was cast in the role, everybody’s draws got in a bunch. I am not one of them, however.

The very idea of changing the nature of a character to forward an agenda of inclusiveness and diversity, though noble, is inorganic, contrived and tired. I thought so when Michael B. Jordan was cast as Johnny Storm in that atrocious Fantastic Four film last year, and still think its a bad idea now.

Idris Elba as 007? Why not make him 006 or something? Even the manner in which Marvel has changed the gender and race of several of its marquee characters comes off as being phonier than a pair of flea market Air Jordan flip-flops.

So when does it stop? We make Batman transgendered? Superman is now Inuit?

You see the rabbit hole we find ourselves going down?

It would be easier and far more in the spirit of diversity to just create more characters of varying ethnicities. Also, hire writers to create stories in which these characters are not sidekicks and stooges in constant need of assistance from their white counterparts, but fully-functioning masters of their respective environments. That might be too much to ask, though. Some people would be lost without a thing to complain about.

After re-reading the article in preparing to rebuke its points, I am almost certain the author hadnt read a comic book in at least two decades. That alone disqualifies his opinion.

There are very real racial concerns to be addressed in America, this is not one of them. If you want to demand something, demand that Shang-Chi be the next Marvel adapted character to get his own Netflix series instead of boring Hawkeye.