“Coming off one of the most exciting Western Conference Finals in recent memory, the Oklahoma City Thunder is an ideal team to bring the excitement and passion of the NBA directly to our European fans,” said NBA Commissioner Adam Silver. “The Thunders matchups against two heavyweights of European basketball will show off the best of our game while also providing a focal point for a wide range of grassroots basketball activities in Madrid and Barcelona.”

The Thunder, who in 2016 made their fourth Western Conference Finals appearance in the last six years, previously played a pair of European preseason games in 2013 against the Philadelphia 76ers in Manchester, England and against Fenerbahe Ulker in Istanbul, Turkey. 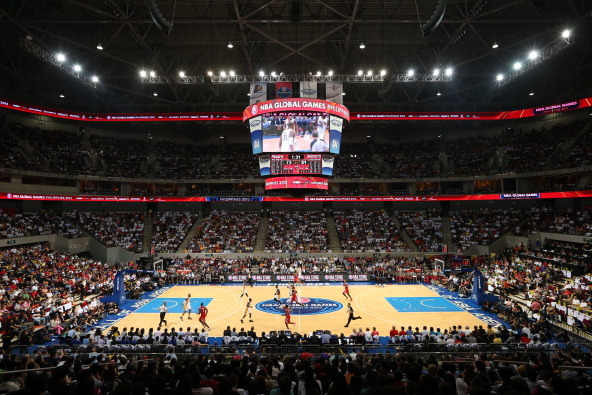 For the second consecutive year, all 30 NBA teams featured at least one international player at the seaon’s tip. The Toronto Raptors led the league with seven international players on their opening night roster, while the Cleveland Cavaliers, Minnesota Timberwolves, San Antonio Spurs and Utah Jazz each featured six. The Atlanta Hawks, Dallas Mavericks and Denver Nuggets fielded five each, while the rosters of the Chicago Bulls, Milwaukee Bucks, New York Knicks and Orlando Magic each included four.

In March, the NBA also announced that the Houston Rockets and New Orleans Pelicans will play preseason games in Shanghai and Beijing on Oct. 9 and Oct. 12, respectively, as part of NBA Global Games 2016.

While many people questioned why so many talented American college players were passed over in the most recent NBA Draft, it’s becoming increasingly clear that league is focused on an increasingly globalized strategy.