The Shadow League was in the house at the Big East Tournament and watched Villanova march pretty easily through a tournament in which six of its participants are going to the Big Dance (though I didnt have St. Johns or Providence going prior to the Big East Tournament). However, the selection committee appears to still be enamored with the flavor of that Big East Kool Aid they have been guzzling by the gallon for years despite the fact that this isnt your Dads rough and tumble Big East of the 80s and 90s.

With their newly-minted number one seed resulting from winning the Big East Championship, we find the bracketeers are already prognosticating over whether Nova will have what it takes to get to the Final Four. Theyve only lost 2 games and some believe they have the easiest road to the Promised Land in the East Region.

Not only is Villanova playing in state in Pittsburgh in the East, but their first game against Lafayette is all but a literal second round bye. What follows is a potential match-up with either NC State or LSU, neither of which have the depth or ball handling ability to combat Novas length on the wings or scoring off the bench as well.

Either Virginia or Louisville could pose a potential threat down the road, but both schools have to run a more difficult gauntlet for the opportunity to face off against Jay Wrights team. 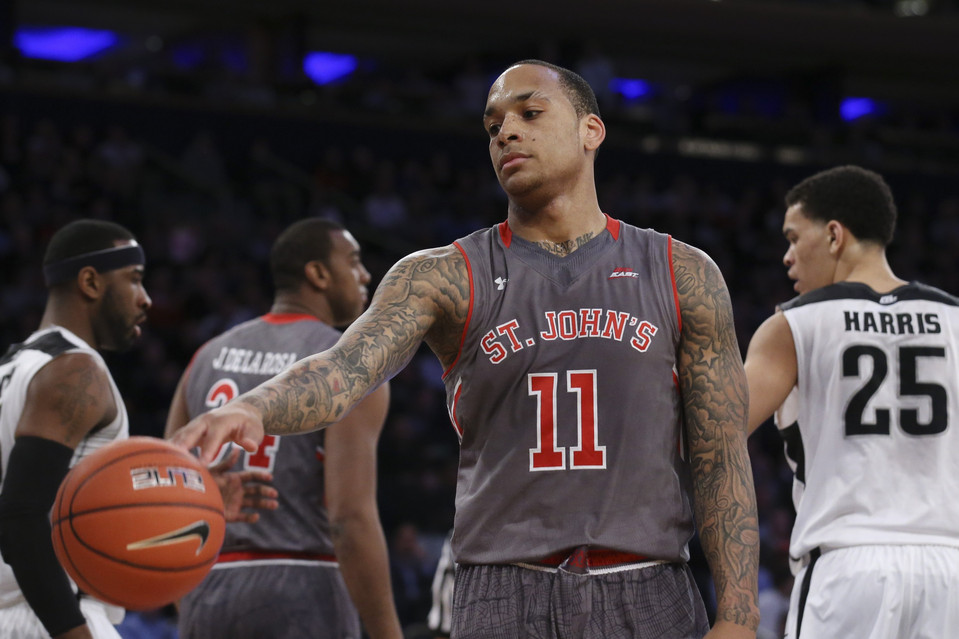 10-8 in the Big East Conference gets St. Johns University a 10 seed? Word? I call shenanigans. 7-2 in the last 9 regular season games looks great, but a blowout loss to Providence negated much of that synergy, in my opinion. As a New Yorker, nothing would be better than to see the Red Storm advance deep in the tournament, but life in the Big Apple has also made me pragmatic. It’s just not happening for the Johnnies.

They seem primed for an early exit against either San Diego State in the second round (most probable), or a certain dismantling by the Duke University in the third round. The 4th seeded Georgetown Hoyas are another Big East team that has very little chance of advancing in to the Elite Eight.  In watching John Thompson IIIs team play at Madison Square Garden against Creighton and Butler it became glaringly apparent that the Hoyas are not running any semblance of the Princeton Offense. Theres a moderate amount of ball movement and cutting, but far too much of their scoring comes off one-on-one isolation from DVauntes Smith-Rivera, and pounding the ball into Joshua Smith and, occasionally, Jabril Trawick gets going as well.

Additionally, Joshua Smith is often positioned in the high post to utilize his passing ability. Teams back off of him to clog the lanes, thus daring him to shoot. But he rarely does. His inability to hit a 10-to-15 foot jump shot with consistency made him an offensive liability on many plays. If hes not allowed to bang in the paint, or gets stymied by early fouls, hes largely ineffective. His stamina is also something to watch out for.

If theyre not careful an early exit at the hands of the 13th seeded Eastern Washington Eagles and college basketballs leading scorer Tyler Harvey is in the cards.

Though Georgetown is capable of trapping and pressing with the very best in the nation, as was illustrated in their loss to Xavier when they came storming back from a 19-point deficit, the name of the game is scoring. Georgetown only has 4 players who consistently score around 8 or more points per game. Eastern Washington has 6.  Also, three-point baskets are traditionally giant killers in the Tournament. Eastern Washington is 7th in the nation at .392 from the field.  Conversely, Georgetown is 156th among Division I schools in three point field goal percentage. This is a matchup that the Hoyas could easily lose.

Other than Villanova, Providence appears to be the most appropriately seeded teams in the tournament. They trashed St. Johns by nearly 20 points in the Big East Tournament and was a questionable foul call away from defeating top-seed Villanova in the semifinals. LeDonte Henton was pretty much held in check by the Wildcats, but Kris Dunn was enfuego with 22 points, 9 assists and 7 rebounds.  They should have a relatively easy second round matchup over Boise State or Dayton, neither of which has the firepower or athleticism to compete against a Providence Friars team that will be clicking on all cylinders.  But big and lengthy Oklahoma Sooners team awaits them in the third round. If head coach Ed Cooleys team finds a way to beat them, the road to the Elite Eight doesnt get any easier.

Xavier was sent out west and rewarded with the 6th seed after losing to Villanova in the Big East Tournament Championship.  They will face either BYU or Ole Miss in the second round, either of which could potentially send them home early.  Big man Matt Stainbrook did work throughout the tournament, but was pretty much held in check in the championship game, as was point guard Dee Davis. Their weakness appears to be trapping teams who implement quicker line ups that frustrate their miniscule guards and make it difficult for Stainbrook to get good looks. Balanced scoring is a major strength for the Musketeers.

The 22nd ranked Butler Bulldogs garnered a 6 seed after bowing out early against Xavier in the Big East Tournament. Theyll face a Texas team that is as inconsistent as it is talented but has the athleticism and length to knockoff a Butler squad thats not especially big or athletic.  Coach Chris Holtmans teams saving grace is they can shoot the three consistently and can defend it as well.

For Big East fans, the road to the Final Four is filled with landmines and booby traps that will decimate its participants in the NCAA Tournament rather quickly. Novas No. 1 seed will only protect them so much. If everything lines up correctly, matchup against Louisville could spell trouble for the smaller Nova frontline. An ideal Elite Eight matchup for the Wildcats might be University of Northern Iowa and their guard-oriented, three point reliant offense. However, I see no other Big East team making it past the Sweet 16, and thats a liberal estimate based on my admitted fandom and affection for the old days of the Beasts of the East.