The lofty 2017 MLB Draft status of several African-American players who have honed their skills in at least one of MLB’s special programs and initiatives, designed to increase minority participation in baseball from the grassroots level on up,  is proof that baseball is making incremental but significant progress.

Hunter Greene was the No. 2 pick in this year’s Draft. The two-way baller is a product of MLB’s Compton Youth Academy, Elite Developmental Invitational and Dream Series. 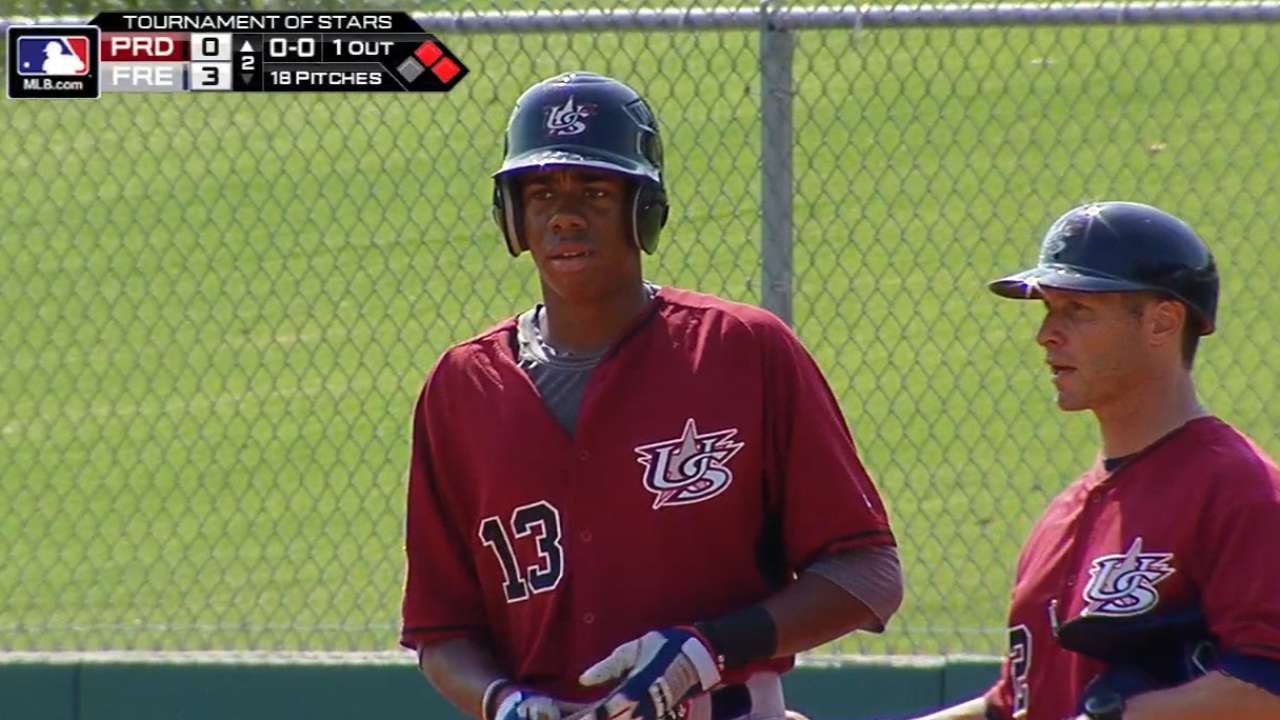 When embarking on such a culturally-changing endeavor, there’s no sleep for those entrusted and appointed to oversee MLBs Urban Youth Academies and other events that offer exposure and opportunity to minority baseball players. The latest diversity power move by Major League Baseball and the MLBPA will begin today with the first MLB-sanctioned Breakthrough Series Event in Chicago at Curtis Granderson Stadium at UIC.

The diversity-focused amateur development camps, operated primarily by MLB, has expanded in 2017 to include several Breakthrough Series events (Chicago, Ill.; Compton, Calif.; Bradenton, Fla.), the DREAM Series and the Elite Development Invitational at Historic Dodgertown. The effort began in 2008 as a singular Breakthrough Series event in a joint effort by MLB and USA Baseball to promote the sport as a viable collegiate and professional option for youth from minority backgrounds.

It’s special because it’s by invitation only, and the participants are selected collectively by the Major League Scouting Bureau, the MLB Urban Youth Academies and other informed brain trusts.

Nearly 160 previous participants of the Breakthrough Series have been selected in the MLB Draft, including 16 players in 2017.

Hall of Famers and mythical Black Knights Ken Griffey Jr. and Dave Winfield highlight the list of former MLB players and executives scheduled to serve as coaches and mentors at this invaluable event. A contingent of college recruiters and professional scouts are also expected to attend and evaluate players who demonstrate potential, but may not have had the opportunity for exposure if not for these events that seek out minority talent.

Approximately 60 minority, high school student-athletes (Graduating Classes of 2018 & 2019), representing 18 states throughout the country, will attend this event, including eleven players from Chicago.

In addition to flexing their skills for pro eyes and getting invaluable feedback from an impressive list of former MLBers, General Managers, Coaches, and executives, participants will receive direct instruction, insight, and mentorship.

The list of Black Knights in attendance is a whos who of African-Americans in baseball. Here are some of the other featured attendees.

Jerry Manuel  MLB Youth Programs Consultant. Nicknamed The Sage for his incredible baseball mind, Manuel is a rare African-American skipper who managed the Chicago White Sox (1998-2003) and the New York Mets from the middle of 2008 to 2010. He first played in the majors for parts of five seasons in the 1970’s and early 1980’s.

If any of those high schoolers needed inspiration or encouragement to keep playing baseball, they will surely get some over the next couple of days thanks to MLB’s efforts to bring baseballs soul out of the hole.