It has just been announced that the Lakers have named Magic Johnson as President of Basketball Operations, relieving General Manager Mitch Kupchak of his duties.

Magic is one of the faces of the Lakers franchise and has been a successful businessman in a plethora of ventures, most recently his part ownership in a successful and perennially contending Los Angeles Dodgers franchise.

While Magics business acumen is unquestioned, his ability to assess talent and assemble a championship squad without any Top 10 talent is going to be more than a challenge.

Lakers owner Jeannie Buss has expressed her disappointment with the direction of the franchise since Kobe Bryant went on his three-season retirement tour. Theyve had lukewarm success in the draft and have gone from Goliath to groundhog in the Western Conference.

There have been reports in the past weeks leading up to this breaking news that Magic had desires to take over the entire Lakers operation. Initially, he was hired as a business adviser. And today we learn that he’s been given full control of the entire Lakers kingdom.

For those who think Magic lacks a concrete plan for how he will revitalize a franchise that he won five NBA championships with in the ’80s and ’90s, well think again. 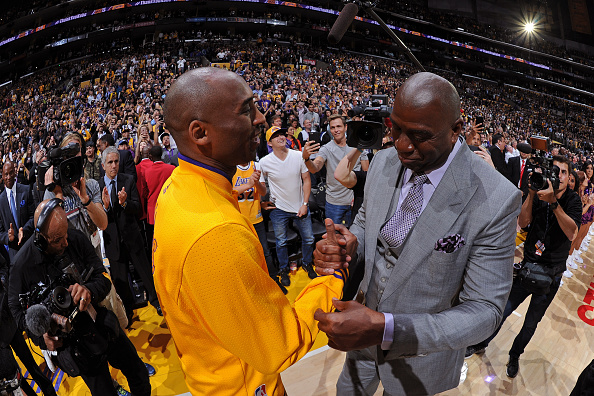 Kobe Bryant might be a huge part of this rebuild as well.

First call I make if Im in charge? Kobe Bryant, Johnson told CBS sports on Valentine’s Day. “Because Kobe understands winning. He understands, also, these players. I would call: What role you want? … If youve got a day, just give me that day.

Ill take that. Whatever time he has, I want him to come and be a part of it.

What a team. What a moment in Lakers history. What a moment as far as the executive evolution of the NBA player. Neither legend has any experience running a front office but the star power alone should keep folks very interested in the Lakers franchise, win or lose.