The road to immortality and 1,000 wins came at a price for Jim Boeheim. Decades of grinding and recruiting and teaching and tolerating, loving the game with a passion and early in his growth process as a coach, understanding that college basketball and big business goes hand in hand.

The NCAA which vacated 101 wins from Boeheim’s record due to NCAA violations, prohibited SU officials from holding a formal ceremony for Boeheim’s 1,000th win, but the crowd didn’t care and college basketball heads dont either. Boeheim didn’t get to the top of the coaching mountaintop by backing down,making nice, or going with the flow. A huge part of his endearing nature is that he protects his school’s name and his team with his life.

They held up signs and stayed and cheered as Boeheim was interviewed on the court. The coaching icon has already said 2017-18 will be his last rodeo so every moment is worth acknowledging and savoring at this point.

Like his program, Boeheim has bounced back from every setback in his way during his 41 years stalking the sidelines for Cuse. In his time as King of Syracuse, the Orange have unfathomably never had a losing season, are always in the NCAA Tourney and have made five Final Fours.

On Saturday Syracuse came back from a 34-22 halftime deficit, rallying for a 66-62 win over Virginia.

As the game ended, the Syracuse fans rushed the court, because all praises were due to the guy that turned a university in cold-ass Syracuse, NY into one of the hottest hoop spots in the world. A destination spot for future NCAA players who crave freedom, creativity, success and All-American visibility.

Boeheim turned the Carrier Dome into a sacred basketball edifice in the 1980s as the Big East Conference – built on the backs of New York City swag, street ball and hip-hop culture and fashion and larger than life coaches with ambition and basketball savvy as high as skyscrapers – became the conference that changed the game.

Boeheim put a lot of trust in his players to live responsibly and play up to their potential. He didnt have time to play Daddy with those guys. He was no John Thompson and Syracuse wasnt Georgetown. He wasnt a tightly-wound military guy like his good friend Mike Krzyzewski over at Duke. Coach K is the NCAAs all-time wins leader for a coach and the first guy to reach 1,000 wins in history.

The results, however, were pretty much the same for all three programs. The coaches were big dawgs and their squads balled with distinctive winning styles.

Former Syracuse star John Wallace once told me that coach Boeheim never made a big deal about going to class or us staying out late and partying.

There was never any curfews like at some other schools Wallace told me, obviously referencing Georgetown, Cuses arch-rival before the original Big East disbanded and Boeheims boys took the car and the cash and defected to the ACC. He treated us like men. We just had to show up ready to play.

Jimmy B undoubtedly had a style all his own. He was loosey goosey with the rules at times and his Syracuse team has paid the price for his indiscretions. However, he never ascended to the notorious level of cheater. He was like the mob boss who kept his operation running for decades, coming out on top every year and ducking the strong arm of the law, which in Boeheims case is the NCAA.

At the end of the day, for four decades of work, his punishment amounted to a slap on the wrist. An NCAA message that no one is larger than the game. Still, you have to the audacity to dream that mythical to reach Boeheim’s level.

And just when you think that Boeheims program is looking at a demise, he comes up with an impactful victory over ninth-ranked Virginia that further stamps his legacy as one of the tastemakers, culture-shapers and Gods of college basketball in America.

The NCAAs brief assault wasnt enough to stop a basketball kingdom entrenched in the history and explosion of college hoops in the 20th and 21st century, nor a coach who understood the game on and off the court and played both to near perfection. 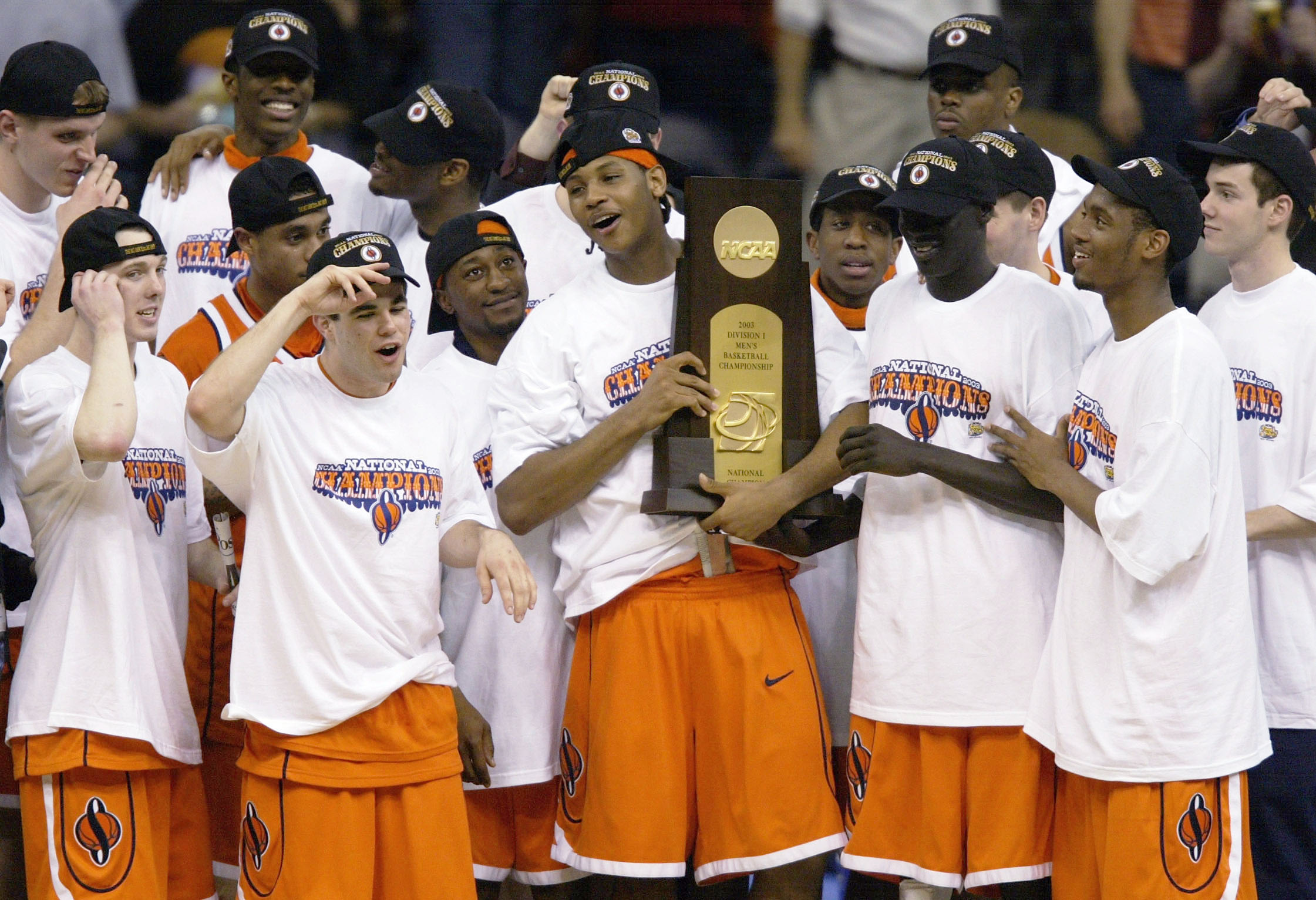 People will knock Boeheims methods and his one national championship (Thanks To Carmelo Anthony), but they cant take away his undeniable imprint as one of the pioneers and titans of college basketball.