The month of March is now upon us, which means that well soon be inundated with talk of bubbles, buzzer-beaters, seeds and hot seats, among the other linguistic idiosyncrasies that are unique to this time of year.

Its also a time to look back on some of the best players, coaches and teams whove had outstanding seasons.

Only one individual can be the Final Fours Most Outstanding Player, as only one team can cut down the nets after the national championship game, but that doesnt mean that a plethora of players, coaches and programs shouldnt receive their hard-earned shine.

In the days and weeks ahead, well be catching our breath, experiencing the highs and lows of March Madness and celebrating Americas greatest sporting spectacle. In the lead-up, well celebrate some of the best ball weve seen this season.

Ben Simmons, Guard/Forward, LSU To encapsulate the young Australians brilliance, take a look back at the 43-point 14-rebound, seven-assist, five-steal and three-block stunner against North Florida in early December. It was the most well-rounded game of anyone playing college basketball this year.

Matt Morgan, Guard, Cornell I doubt that many outside of Ivy League hoops junkies have heard of Cornells Matt Morgan, but yall better recognize. This young man is the truth. His father Lamont played at Georgetown with Alonzo Mourning and Othella Harrington back in the early 90s. Matt scored 19 of his career-high 33 points in the second half on January 29th when Cornell beat Harvard 77-65.

He followed that up with 32 points in a 77-73 win at Dartmouth.  No Cornell freshman has ever scored 30 points in a game twice in one season. Hes not only the best freshman in the Ivy League, hes one of the best in the entire country.

Jaylen Brown, Forward, Cal Brown is averaging a team-best 16 points per game, in addition to six rebounds and two assists per game. Cal has already solidified a spot in the NCAA Tournament and the freshman from Marietta, Georgia has been mostly responsible.

He ranks third on the Bears all-time freshman list in points per game, behind Shareef Abdur-Rahim and Ryan Anderson. In this weekends win against USC, he scored 18 points and snatched eight rebounds. In 10 of his past 11 games, he has scored 15 or more points.

He’s one of only three players in the nation, along with Oakland’s Kay Felder and Fresno State’s Marvelle Harris, to average as many as 20 points, four rebounds, three dimes and two Bernie Madoffs per game.

Brandon Ingram, Guard/Forward, Duke Ingram, a lock for the ACCs Freshman of the Year award, is connecting on 48 percent of his field goal attempts this year , including a 39-percent clip from 3-point range. How good is he? There are some who would consider selecting him over Ben Simmons with the top overall pick in the upcoming NBA Draft.

With Avatar-like length and a miraculous shooting stroke for a developing player standing near 7-foot, hes harder to guard than John Dillinger. You dont have to believe me, ask the Virginia Cavaliers, who own one of the most miserly defenses in the country, about those 18 consecutive points that Ingram dropped on them last month.

Jamal Murray, Guard, Kentucky The Ontario, Canada native has scored 21 or more points in his last nine games and hes hitting more than 44 percent of his three-point attempts during SEC play. There is no more dangerous weapon in the NCAA Tournament than a guard that can create shots as an on-ball creator and off-ball catch-and-shoot specialist.

His mechanics, feel for open spaces and craftiness while handling the rock are special. Check out the 33 points he put up on Vanderbilt this weekend, the majority of which came after running through a maze of screens and cuts. My man got some Rick James in him, hes simply cold-blooded!

Henry Ellenson, Forward, Marquette The Big East Rookie of the Year leads the conference while averaging ten rebounds per game. He’s posted 16 double-doubles and already owns Marquette’s freshman scoring record while averaging 16.6 per game. At 6-foot-11, hes equally dangerous in transition and catching the ball in the post with his back to the basket.

Hopefully, his ankle injury in last nights 88-87 win over Georgetown, in a game in which he posted yet another double-double with 10 points and 11 rebounds, is not serious enough to sideline him for the rest of the season.

Malik Beasly, Guard and Dwayne Bacon, Guard/Forward, Florida State Beasly and Bacon need to be mentioned together. They took official visits to Tallahassee the same weekend, and both committed to Florida State on the same day. Bacon, a 6-foot-7 wing, is averaging 16 points and six rebounds while Beasley, a 6-foot-5  shooting guard, is putting up 16 points, five rebounds and two assists per game.

Bacon was ferocious straight out the gate this year, scoring 23 and 27 points in his first two games, while also snagging eight and nine rebounds respectively. Beasly has gone over the 20-point mark nine times, though his most complete game was probably the 17-point, 10-rebound gem he posted in a 99-66 win over Mississippi State.

Nick Emery, Guard, BYU I saw Nick Emery play for Utahs Lone Peak High School a few years back in the Hoophall Classic, and people thought Id lost my mind when I called back home to tell them that Id just seen the Caucasian, Mormon version of Nick Van Exel. The 6-foot-2 lefty is a certified thriller/killer on the offensive end.

You dont have to take my word for it, just check with the Belmont players about the 27 points he gave them, or call up the San Francisco coaches and ask them about the 10 of 12 three-point shooting and 37 points he gave them in early February. You might also want to check with Santa Clara. Nick the Vanilla Quick dropped 31 points on them two days later. The freshman from Alpine, Utah is averaging 16 points, three rebounds and three assists per game.

Diamond Stone, Center, Maryland My man already has the best name in all of college sports.

The Milwaukee native made big waves on the recruiting circuit when he chose the Maryland Terps over Wisconsin and UCONN, but people really stood at attention after he smoked Penn State off the bench with 39 points and 12 rebounds in a thrilling 70-64 win at the end of December.

Edmond Sumner, Guard, Xavier The Muskateers have a legit chance to win the national title this year. The No. 6 team in the country is 25-4 and can play its way into a #1 seed in the NCAA Tournament with a stellar campaign to close out the season. Sumner, a 6-foot-5 guard from Detroit, has started 24 of the 26 games he has played in this year while averaging 11 points, three rebounds and three assists for a serious Final Four contender.

His 21-point, nine-rebound performance in Xaviers 78-70 win over Wake Forest just prior to Christmas was outstanding, as was his 20-point, five assist game against Marquette in early February. His 19 points, nine assists and six rebounds in the 90-83 win over No. 1 Villanova recently was exceptional.

Ivan Raab, Forward, Cal The 6-foot-11 Oakland native announced his much-anticipated arrival with 14 points and 13 rebounds in his first college game in only 16 minutes against Rice. He was spectacular against Arizona State on January 21st with 20 points, eight rebounds, six assists and three blocks.

Cal has won nine of their last 11 games. Make sure to check them out in the tournament to get a gander at Raab, who scored 18 points and snagged eight boards in the Bears’ 87-65 win over USC on Sunday.

Kamau Stokes, Guard, Kansas State Stokes season was cut short due to injury, but the sharpshooter and floor general from Baltimore earned a spot on this list thanks to his 24-point outburst against North Carolina in only his fifth college game, where he connected on 75% of his three-point attempts.

His 17 points against Texas Tech, while splashing 4 of 5 from deep, and his 20 points against Baylor while hitting 50 % from the field and from long-range, werent too bad either.

Allonzo Trier, Guard, Arizona The 6-foot-4 guard from Seattle, Washington will turn heads during the tournament for the East Coast folks who normally go to bed early and miss most of the Pac-12 action during the regular season. Hes rounding back into form after returning from a broken hand.

Prior to getting hurt, Trier smoked USC for 25 points, six rebounds and four assists in perhaps the best game of the entire college basketball season, a quadruple-overtime, 103-101 Trojans victory. In his second game back after missing seven straight, he scored 18 points in only 26 minutes against UCLA. This weekend, he dropped 23 points on No. 22 Utah.

Dejounte Murray, Guard, Washington The best guard in the country that youve probably never heard of, Murray stuffs the stat sheet every night. The 6-foot-5 Swiss Army Knife put up 21 points and snagged 11 boards in only his fourth college game against then-No. 10 Gonzaga.

His 29-point outburst against USC in early January was real proper, but the 34 points, 11 rebounds and six assists he dished out in the Huskies 95-83 overtime win against Arizona State was funkier than Dennis Rodmans breath. The 25-point, nine-rebound performance in a 64-53 win against Stanford on February 20th was sick like the flu as well.

James Thompson IV, Center, Eastern Michigan How could LSU have let this hometown kid get away? The 6-foot-10 native of Baton Rouge, Louisiana is averaging 15 points and 11 rebounds per game. His scoring has been impressive, but his work on the boards has been more surprising than the ending of The Sixth Sense! 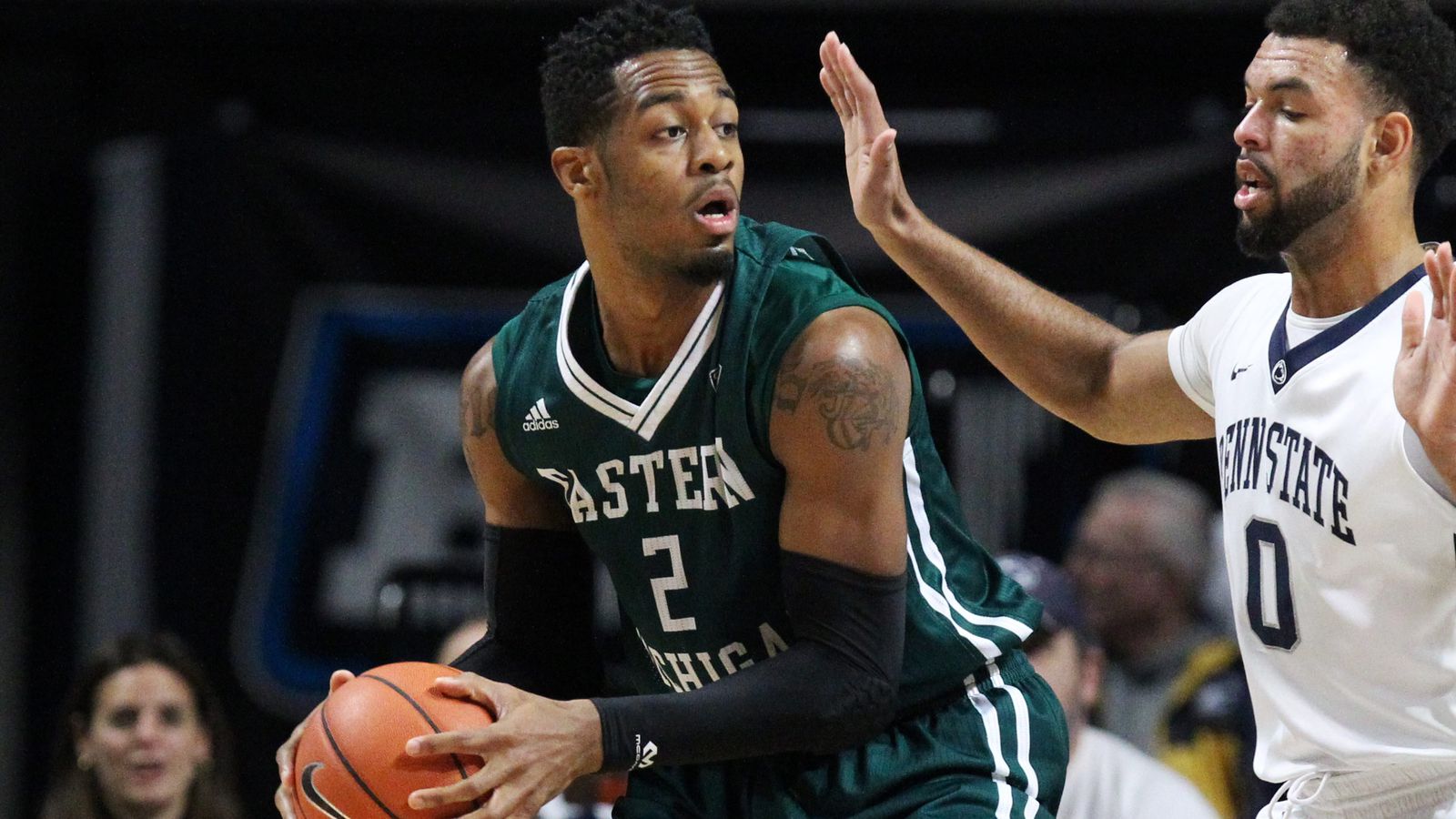 Jalen Brunson, Guard, Villanova Jalen has started 29 of the Wildcats 30 games this year, averaging 11 points and three assists for a legit Final Four contender that is currently ranked No. 3 in the country. Villanovas second-leading assist man, Brunson is one of five starters that all average double figures.

His season highlights both came in the Big Five, scorching Penn for 22 points and five assists and giving Temple, his dad Rick Brunson’s alma mater, 25 points in 23 minutes in the Wildcats’ 83-67 win on February 17th.

Marquese Chriss, Forward, Washington The lanky, versatile 6-foot-9 native of Sacramento, California smoked Mount Saint Marys to the tune of 29 points, 10 rebounds and two blocks in only his second college game. He scored 22 points, grabbed 11 rebounds and handed out four assists against Montana in mid-December. 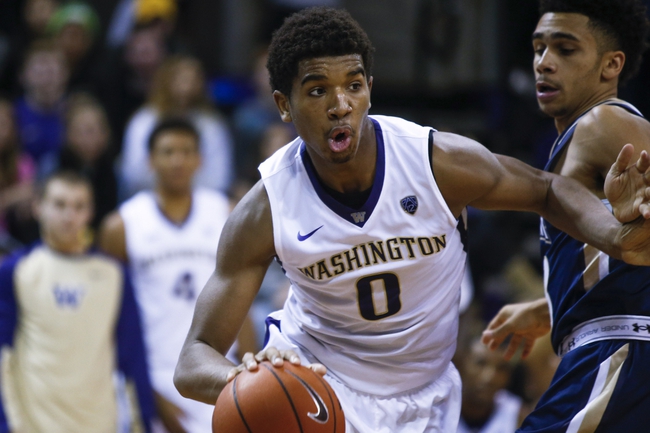 Other than a sub-par performance this weekend against Oregon, hes been on a tear since the Colorado game on January 20th, where he scored 17 points, snagged six rebounds and blocked five shots. His best game during that stretch was probably against Colorado again on February 13th, where he accumulated 18 points, 10 rebounds and six blocks.