Coaches always preach about how one play can determine the outcome of a game. That’s true, not just for a single game, but also for a season.

Last season BCU rolled up to Durham and came away with a controversial 28-26 win over NCCU to hand the home team what would be its only MEAC loss of the season after it managed to block a field goal as time expired.

BCU would go on to lose to North Carolina A&T a few weeks later while NCCU would beat A&T in Greensboro, and the three teams would share the MEAC title. But only A&T would represent the MEAC in the Celebration Bowl.

This year NCCU travels to Daytona hoping to build off back-to-back wins while BCU is looking for answers after dropping to 0-3 following a loss to Savannah State. In a conference where there is no championship game but there is plenty of parity, every game counts, and these two teams know it.

Over in the SWAC, there is another game that could have big time championship implications. Grambling will travel to Dallas to face Prairie View, as the two favorites for the SWAC West title get a chance to face off. Grambling is coming off a big win over Alcorn State, who it fell to in last season’s SWAC Championship Game. 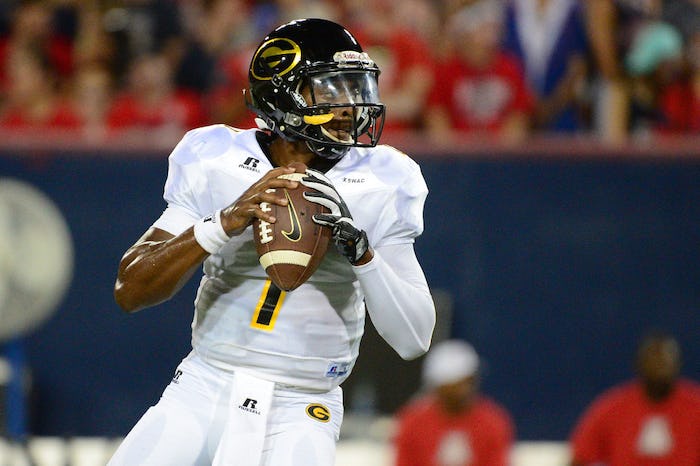 The Tigers are led by DeVante Kincade, a former Ole Miss quarterback and last week’s HBCU Gameday Player of The Week. Prairie View is also coming off back-to-back wins and has HBCU Gameday’s top rated SWAC quarterback in Tray Green.

The winner of this game will control their destiny in the SWAC Championship race, in addition to the Celebration Bowl.

Down in Atlanta, next-door neighbors Clark Atlanta and Morehouse will square off in a backyard brawl that is always fun. Both teams come into the game 2-2, while Morehouse will be looking to go above .500 in the SIAC East as it looks to stay within striking distance of Benedict.