Nearly two years ago, NBA player Thabo Sefolosha got a taste of New York City police brutality first hand when he was involved in a bizarre incident outside of a nightclub in New York in which he was arrested and left with a broken right leg that caused him to miss the playoffs.

He was accused of repeatedly disobeying the orders of officers telling him to leave the area around the club where another NBA player, Chris Copeland, had been stabbed. Sefolosha testified that he moved off the block at the behest of a vulgar and confrontational officer and was trying to give a beggar a $20 bill when he was grabbed by officers and taken to the ground.

They arrested him, Sefoloshas attorney, Alex Spiro, said in his closing argument. They broke his leg out of eyeshot or earshot of an unrelated crime scene.

Later that year, in October, Sefolosha was acquitted of all charges.

On Wednesday the innocent NBA player was awarded $4M to settle a lawsuit he brought against the city and NYPD. 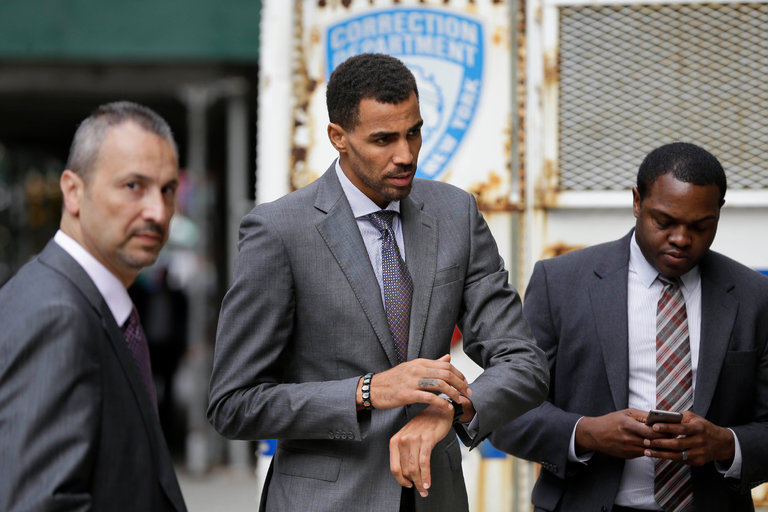 Of course the NYC police department couldnt just apologize and reprimand the overzealous and under-trained cops. They had to take a shot at the integrity of an innocent man, while never accepting blame for their ineptitude or insensitivity.

This settlement is not a concession that Mr. Sefolosha was blameless in this matter and there was no admission of liability by the defendants, the city Law Department said in a statement, but in light of the gravity of his injuries, the potential impact on his career as a professional athlete and the challenge for a jury in sorting out the facts in this incident, the resolution of the case was in the best interests of the City.

Sefolosha rejected an initial plea deal of six months probation and 24 hours of community service before the case went to trial and Manhattan criminal court found him not guilty of disorderly conduct, obstructing government administration and resisting arrest. Thabo and his legal team were obviously confident that they would be found innocent in this case.

The city’s inability to admit guilt and be classy in taking blame for the unfortunate incident is what inspired Sefolosha to file a suit after he was vindicated.

Unfortunately, thats the best a man of color who was illegally brutalized by cops and had his career put in jeopardy for no reason other than his color, can hope for these days.