Baseball hasn’t been a viewing priority for me since perhaps the 5th or 6th grade. Back then, it was an excuse to sit on my grandfather’s living room floor, sipping on more Pepsi Cola than I was allowed to have, as we watched the Los Angeles Dodgers play in the ’88 World Series and talked about when they were still in Brooklyn.

East Coast bias had me all caught up in the New York Yankees championship run from in the mid-’90s, but by the time the Yanks won their last one in ’07, I was like the late, great B.B. King. In other worlds, the thrill was gone!

I hadn’t watched more than three consecutive innings since then. Why? I’m not exactly sure. I don’t know if it was the speed of the game, the length of the game or the the lack of “color”, but it fell out of favor with me, and others, due to the greater availability of other sports via cable and satellite TV

More NBA games, more NFL games, more college football, that and also the increased processor speeds and graphics on modern video games, meant that I always had something “better” to do than watch this Jurassic game my aunts and uncles loved.

But the 2016 World Series had so many intriguing variables that it demanded my attention, especially after the Chicago Cubs came back from a 3-1 deficit to force a deciding Game 7. Prior to that, it looked like the Cleveland Indians were going to steamroll them. As a sports fan, it was 108 years of World Series futility for the Cubs against the Indians 68, pitching versus hitting, a clash that all of middle America could love as Illinois and Ohio sent representatives to the fall classic.

But five years ago, General Manager Theo Epstein said he was going to get it done and bring a trophy to Cubs fans. Even though he was instrumental in bringing the bling to Boston in another curse breaking saga, who really believed those bums from the North Side would come through?

Manager Joe Maddon had been lambasted by multiple prognosticators and analysts for his decision-making the entire season, and it continued during this series.

A 6-0 shut out in Game 1, and it looked liked the Cubs were Shook Ones, but Chicago turned the tables in Game 2 with a 5-1 victory with Jake Arieta on the mound and Kyle Schwarber providing the heroics. Arieta and his beard pitched 5.2 innings with a 1.59 ERA.

A pitcher’s dual in Game 3 saw the Indians and Cubs utilize a combined 10 hurlers as The Tribe won 1-0. A 7-2 thrashing by Cleveland followed in Game 4 as Cubs pitcher John Lackey got abused like a nightclub paper towel dispenser. This win gave Cleveland a commanding, daunting, paralyzing and all but insurmountable 3-1 lead.

A 3-2 win by the Cubs in Game 5 closed the gap, but  LeBron James seemed to be celebrating just a little too much. 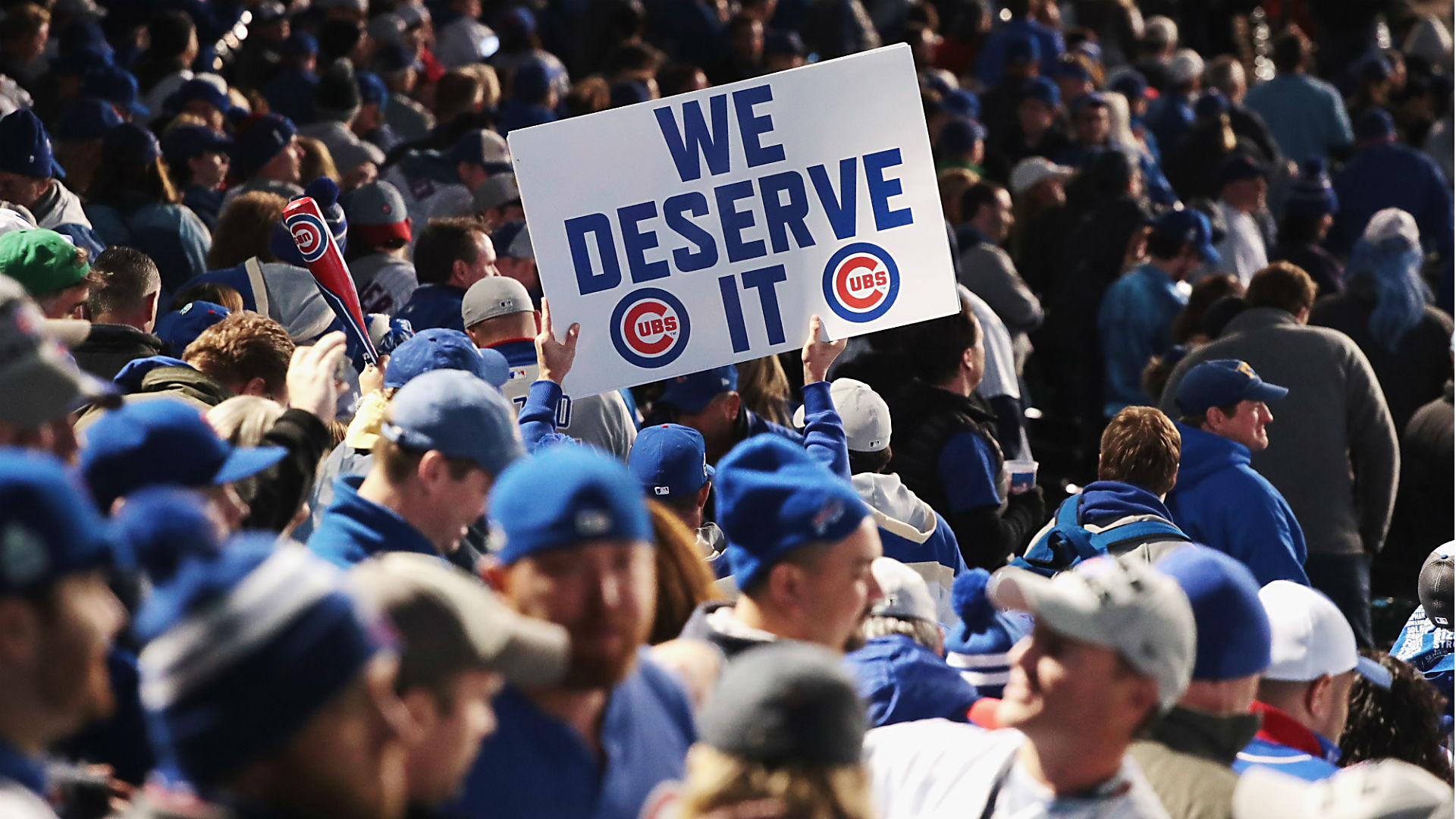 A 9-3 blowout by the Cubs in Game 6 had grown men screaming like 14-year-old freshman girls as the town heartthrob just walked into the sock hop social. But it was not just Cubs fans who were ecstatic.

Major League Baseball was loving it as well, as the decisive game in this seesaw spectacle may prove to be a ratings success unseen in years.

Game 7 started off the way Cubs fans had hoped, as Dexter Fowler, Javier Baez and David “Ol’ Man River” Ross each homered, giving the Cubs a 5-1 lead that went to 5-3 off a wild pitch from Jon Lester.  It then went to a 6-3 lead.

If you closed your eyes and concentrated you could see the haters poised at their collective keyboards as ace reliever Aroldis Chapman looked to be deteriorating due to extensive usage after giving up runs in the 8th inning.

It looked like the curse was real. The Goat was alive and well, the Black Cat was in the stands, and Steve Bartman was cackling over a cauldron at the thought of more Cubs pain, but none of that happened.

But initially it seemed like the Cubs could have come all the way back to tie the series only to give up a four run cushion in a loss.

It looked that way as Cleveland tied it at 6 all in the 8th inning off a two-run blast from Rajai Davis. A 17-minute rain delay prior to the start of the 10th inning gave the teams a brief moment to get themselves together, but prolonged the intense anxiety of both fan bases as well. And while I cannot in good conscience say that I’m a diehard MLB fan, the historic precedent that was on the line was too much to bear.

Kyle Schwarber singled in the 10th off Bryan Shaw, but pinch-runner Albert Almora, Jr. advanced on Kris Bryant’s flyout to right-center. Anthony Rizzo was intentionally walked, which left eventual MVP Ben Zobrist  (.357 BA, 10 hits) to be the hero he’s proven himself to be all series by hitting a double down the left-field line that a diving Jose Ramirez just missed. 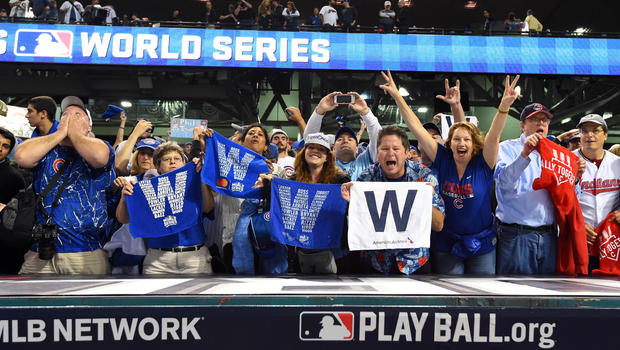 Butt cheeks were clinched, teeth were gnashed and hair was pulled as Carl Edwards, Jr got the first out of the 10th inning before walking Brandon Guyer and giving up an RBI single to Davis. Mike Montgomery trotted in from the bullpen and sealed the deal, getting Michael Martinez to ground out to Bryant at third.

The Cubs won 8-7 in a game for the ages to become the third team in the Wild Card era to win the World Series while having the best regular season record, joining the 1998 and the 2007 New York Yankees.

They also became the sixth team to come back from a three-games-to-one deficit to win the World Series and the first to do so since the Pittsburgh Pirates won Games 6 and 7 on the road in 1979.

Oh, the history, the anxiety,  the euphoria! Congratulations to the Chicago Cubs and thank goodness for a compelling, intriguing and downright entertaining World Series for the ages.

I think I just became a baseball fan again.