The following opinions are just that, opinions. They are not meant to belittle or besmirch the creatives behinds this project, nor the source material, in any way.

Jupiter’s Legacy has all the key ingredients to be as successful as some say it is. As far as most of the critics are concerned, it is wonderfully cast, with exquisite wardrobe, beautiful cinematography, and a fine-looking cast that hits and flips all the superficial diversity gears and levers, it seems.

Starring Josh Duhamel, Ben Daniels, Leslie Bibb, Elena Kampouris, Tenika Davis, Mike Wade and Tenika Davis, as well as a menagerie of talented actors, the Netflix series is based upon the IDW limited series created and written by Mark Millar, drawn by Frank Quitely, and with colors and lettering by artist Peter Doherty.

The comic book originally hit the consumer in 2013, Jupiter’s Legacy was being developed for film as fast as two years later.

Indeed, we are waist deep in a phenomenon that many middle-aged comic book fans dreamed about in their decades ago childhood yesteryears.

Long days spent musing over the spine-tingling, uncanny, fantastical, nigh-invulnerable, and incredibly drawn adventures of some of our favorites, the mystery and intrigue that befell the reader when grabbing a brand-new comic book fresh off the shelf.

Remember the new comic book smell? Can it be that it was all so simple then? Indeed, it was.

The floodgates are open, and we are all awash in more mature comic book content than anyone could have thought possible.

Developed by Steven S. DeKnight from a teleplay by Julia Cooperman and Henry G.M. Jones, Jupiter’s Legacy is directed by four different directors, including DeKnight himself, with each director responsible credited for two episodes a piece.

It is slick, hip, and smacks you in the face like a cold Newark brick. Ultra-modern this non-linear positioning means that the past is revealed parallel to the present and if you are paying attention, none of the reveals are really all that surprising.

I would say that this method of story development was the only way to properly ensure that we, the viewers who DID NOT read the original source material, are granted a complex story that was relatively easy to follow.

But, for all the merits, splendor, and shamelessly indulgent glory of “Jupiter’s Legacy,” there were several glaring warts that, at least for me, it less than it could have been.

Why Does the Black Man Have To Be Wheelchair Bound? This is completely from the perspective of someone who is aware of comic book lore and all the well-worn tropes therein, yet admitted new to Jupiter’s Legacy, but the smart guy in a wheelchair is played out, the fact that he happened to be a Black man notwithstanding.

Netflix aside, IDW aside, and no offense to actor Mike Wade, but I did not like the visual. Nor did I like the character’s seemingly lessened personality traits. Being brilliant isn’t a doorway to being a door mate.

He appeared to exist only for the sake of other characters, while those character existed only for themselves. It left me wondering how that happened.

Also, it was not lost on me that his face was permanently scarred and he’s placed in the wheelchair defending a largely anti-Black country that would readily call him the N-word to his face if he was not a member of the Union, even in this “Universe”.

The only two characters of Southeast Asian descent, Raikou and Tectonic, played by Anna Akana and Stephen Oyoung, will not see season two because they were brutally dispatched as philosophical fodder in the ongoing debate of two rich white brothers with unyielding obliviousness to their respective privilege. 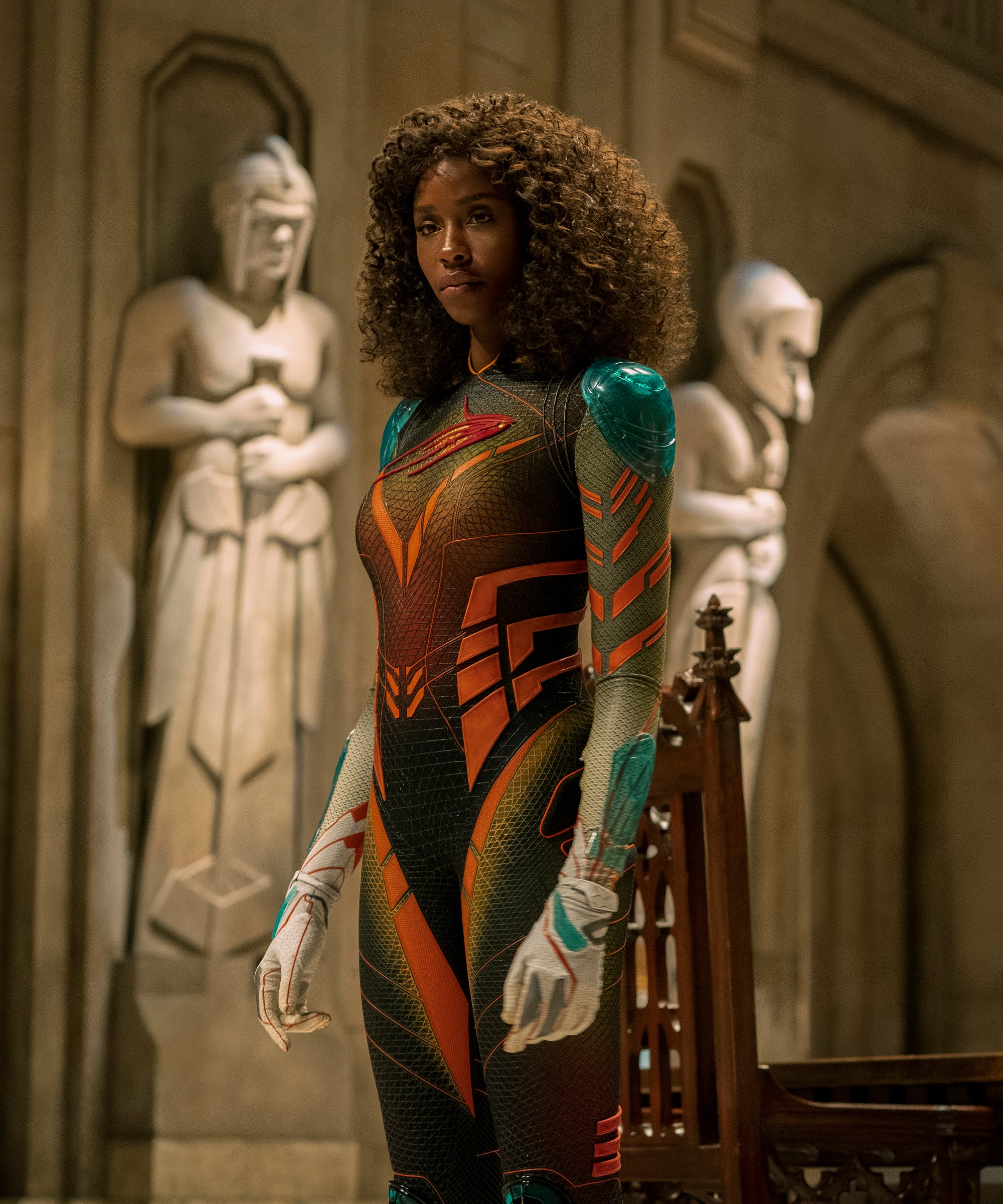 That paradigm is what I come to expect from the “old” Hollywood. I suppose the more things appear to change, the more they don’t.

It Stinks of Privilege

Why is Sheldon Sampson special?  OK, ya got a crazy, delusional white man who has these visions where he, a newswoman whom he had previously berated, the young Black guy he once employed, his beta leaning older brother, their longtime childhood friend, and some cat none of them knew beforehand, are led to an island where they all gain superpowers because he started having seizures after his father committed suicide due to the Stock Market Crash of 1929? OK. Fine, but what makes HIM so special?

Is it because he is American? A man? Because he is white? Why should I care for any of these people? After eight episodes, the answer never came to me.

The Code is a set of rules made up by Sheldon Sampson aka Utopian. These rules dictate, among other things, no killing of violent, homicidal supervillains and state that supers must always show restraint. Season 1 is a trail of superhero deaths because of that B.S. It has to be the dumbest sh*t I ever heard of relative to the cartoonishly violent, fictional world in which these events take place. That’s it. That’s the paragraph.