Two cousins set out to make themselves financially independent via the music scene, but must navigate the the daily trials and tribulations of living in “Atlanta.”  Starring and executive produced by actor Donald Glover, aka rapper Childish Gambino, “Atlanta” is already getting rave reviews for it’s single-camera cinematography, its witty and relevant subject matter, and the unblinking manner in which it looks into the lives of three black males trying to make something of themselves in a cynical world. 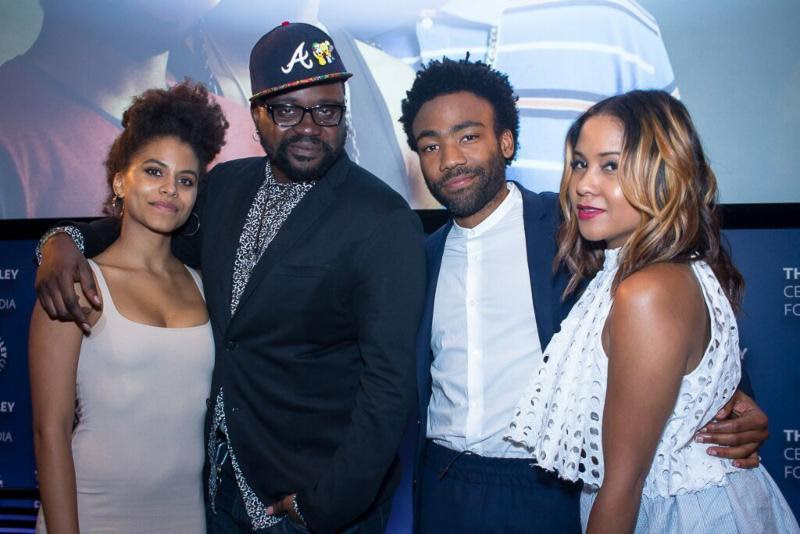 When asked why he chose to set the series in ATL, Glover said, “I just knew it already. It felt like a good place to examine America. It has a lot of different things. It’s 60 percent black, there’s one man for every four women, there’s the second largest gay population in America. I just thought it was a really fertile place to talk about America. I never really tried to make it about my life. Earn’s not quite like me, I guess he has to be if people feel like that. But I wouldn’t say that.”

Zazie Beetz, who plays Van, told Yee why she feels her character and Earn are good for one another.

“I feel like Earn is a good person but also a bad person. There’s a reason we ended up together. (The characters) sort of met quickly and talked, then life sort of happened. Then we weren’t able to figure out what our kinks and personalities were like.”

“Never work with your family,” jokes Henry when asked what wisdom his character may have to impart. “Also, you have to find that fit with someone who knows who you are and can see the potential in you, and that’s the thing that I find difficult. With my character and Earn, we grew up together. Who knows me better than he does?”

Yee reminds Henry that Earn’s character doesn’t show up until after he’s already famous. Hood famous, but famous all the same. 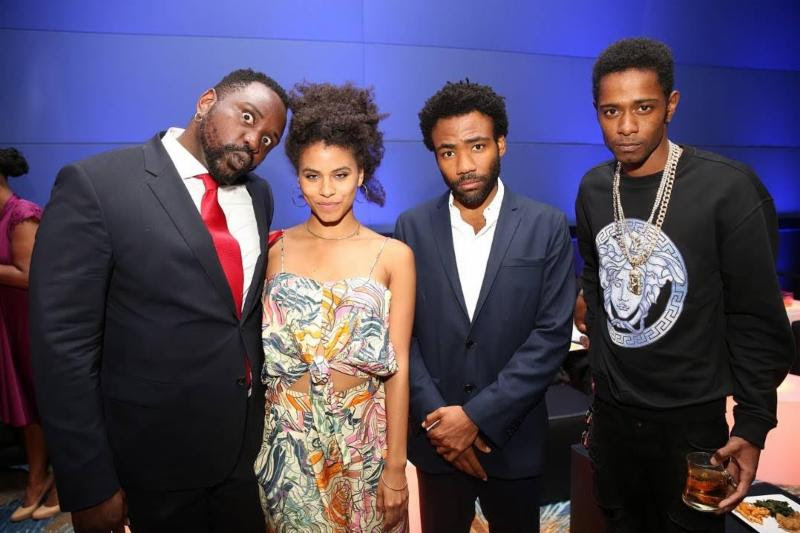 “I think Hip-Hop is one of the greatest art forms because at the end of the day they never have to change. You can be from anywhere, look how you want to, but do you have a story that you’re telling and can you talk about that? Especially in Atlanta,” said Henry.

During the first two episodes the cousins get into some trouble that lands them in jail. No further spoilers are forthcoming except to say there was fertile ground upon which to discuss rappers and social media. The question arose whether Paper Boi would become famous if he got locked up in real life, and would his label post bail. Contemporary rapper Bobby Schmurda was used as an example.

“Not anymore. I feel like maybe if it was ’98 or 2000, Arista would be like ‘Yeah, we’ll pay for Bobby Schmurda to be out’ but now it’s too expensive. ‘We’re not making enough money to bail all of you out.’ That’s just how it is,” joked Brian. “Social media makes it so accessible to know every moment of these people’s lives that you wouldn’t necessarily know (back then). There’s so many beefs in one month. Like ‘Who’s Drake beefin’ with now?'” “Me and Stephen (Donald’s brother and writing partner) talked about basing him off kind of like Atlanta hood icons were when we were growing up,” said Glover of the inspiration behind ‘Paper Boi’. “People we thought were cool. Like, when Gucci first came out. I kinda like that Polo fresh kind of look. Guys that look like the freshest in the game in the country. I wanted (the character) to be like I have a really dope Polo. As we go along in the season we find that he sort of changes once he gets around other stuff, but in the beginning he’s kind of like Young Jeezy, Gucci Maine in the early days.”

As visceral a comedy series as I’ve ever seen, Atlanta’s authenticity wouldn’t be anything without the liberal use of phrases common to the black experience. Obviously, the N-word is a part of that experience.There is a hilarious scene within the first two episodes that deals with the type of black person that white people believe it’s okay to use the n-word around.

Glover explained why it was important to be true to himself, and the language he uses, in crafting Atlanta for the sake of artistic authenticity.

“The funniest part is when we first shot that pilot they were like ‘You gotta bleep all the N-words, except for the one the white guy says because it’s part of the story.’ I thought that was so funny it was almost worth doing. I always wanted to make a show that was sort of like a ‘Punk’d’ show. Like, we were seeing something on TV that we weren’t supposed to be seeing. Like, when I was watching Chappelle Show when I was a kid, I always felt like ‘Oh, I’m not supposed to be watching this!’ It felt bad.”

“I felt like if we’re going to tell a real story, it’s gotta feel real. Like, sometimes they were like, ‘We don’t like to blur things out’ and I was like, ‘No, the blurs make it feel like I’m not supposed to see this. This was too real.’ I’ve always felt like our biggest fight was against the Internet. It’s very easy for a 13-year-old to see some f*cked up sh*t right now. You can watch 30-second fights, and I watch that all the time, and you can see people get stabbed, get shot, every day, five times a day.”

“Kids are in high school going through some rough sh*t, and you’re on TV like ‘No, n-word’ and I’m like ‘Where is this place? What universe is that? I don’t relate to that because it already feels fake to me. I never felt like I had to defend it. That’s how I talk, that’s how a lot of people I know talk, let’s just keep it a hundred.”

Atlanta premieres on FX on September 6.