As much as the sports world and especially the Penn State family wants the memories of Jerry Sanduskys decades of assaulting boys to vanish from this earth as he has disappeared into the criminal justice system, the story is not over simply because Sandusky is rotting in a cell. 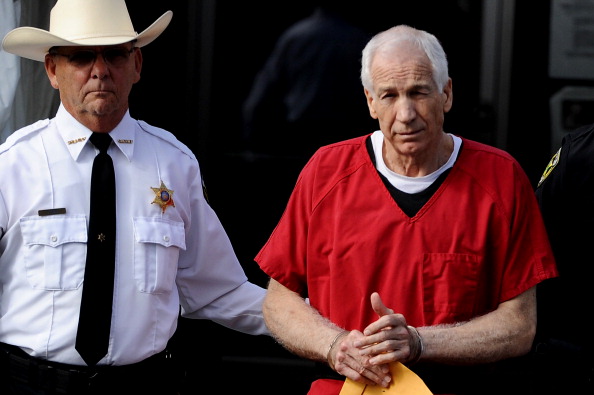 There were other adults responsible for allowing his pedophilia to run rampant under the cloak of one of college footballs most pristine and celebrated institutions. They too will have to pay for the sick culture that prevailed during Sanduskys association with the university. They will have to answer for turning the other cheek on such hideous acts. Some of these people have already passed and will have to work that out with God.

Per the Associated Press, Tim Curley, the schools former athletic director, and Gary Schultz, the schools former vice president, both pleaded guilty to a misdemeanor charge of child endangerment. The charges, originally levied in 2011, were reduced from felonies.

According to PennLive.com, Curley and Schultz could testify against former PSU President Graham Spanier. The three were also facing perjury, obstruction of justice and other charges, but they were dismissed in a Pennsylvania Superior Court ruling last year. The child endangerment charge against Spanier remains. Spanier was charged in 2012, but was not present in the courtroom Monday morning as Curley and Schultz offered their pleas.

Prosecutors said that none of the Penn State administrators who were told of the allegation reported it to law enforcement, childcare and youth services, or made any effort to locate or identify the child.

Curley entered his plea first, followed by Schultz. Both men answered questions posed by the prosecutor and the judge, but did not otherwise speak.

The move comes just a week before all three men Spanier, Schultz and Curley were scheduled to stand trial on accusations that they were criminally negligent in handling child-sex accusations against Sandusky in 2001. Prosecutors claim their actions, or lack of same, exposed several more boys to molestation by Sandusky.

Joe Paterno, the winningest coach in FBS history, died in January 2012 of lung cancer, but when the depths of his tolerance for the pedophilia was revealed, it was in total contradiction to the how we thought this man of “flawless character” actually lived.

Yup. this will forever be one of those horrible American scandals that goes all the way to the top. A classic example of how young athletes are considered nothing more than money making meat for a University and the life of these kids that Sandusky used his elevated status to abuse isnt worth squat when measured against tarnishing the legacy of a well-oiled machine like Penn State

The Sandusky saga is almost over, but not quite. There are still hands with blood on them that need to be washed.