Langston University might be an unheralded HBCU, but its womens basketball team is a shining program on campus and in the media.

In recent years, they have kept an intrigue and spotlight on themselves by developing a winning formula by placing their modest program under the leadership of dope former players with high basketball acumen and an even higher ceiling of on-court accomplishments.

First they hired womens basketball icon Cheryl Miller in 2014. With long-time friend and former Athletic Director Mike Garrett, the 1965 Heisman Trophy winner at USC, leaving Langston in 2015 to become executive director for athletics at Cal State Los Angeles in a return to his hometown where he spent nearly 17 years in the same position at Southern California, Miller is expected to be named head coach at the Division II school .

It’s been reported that Garrett, who fired the mens and womens basketball coaches, wants to keep it all-USC and hire Henry Bibby and Miller to coach those teams. 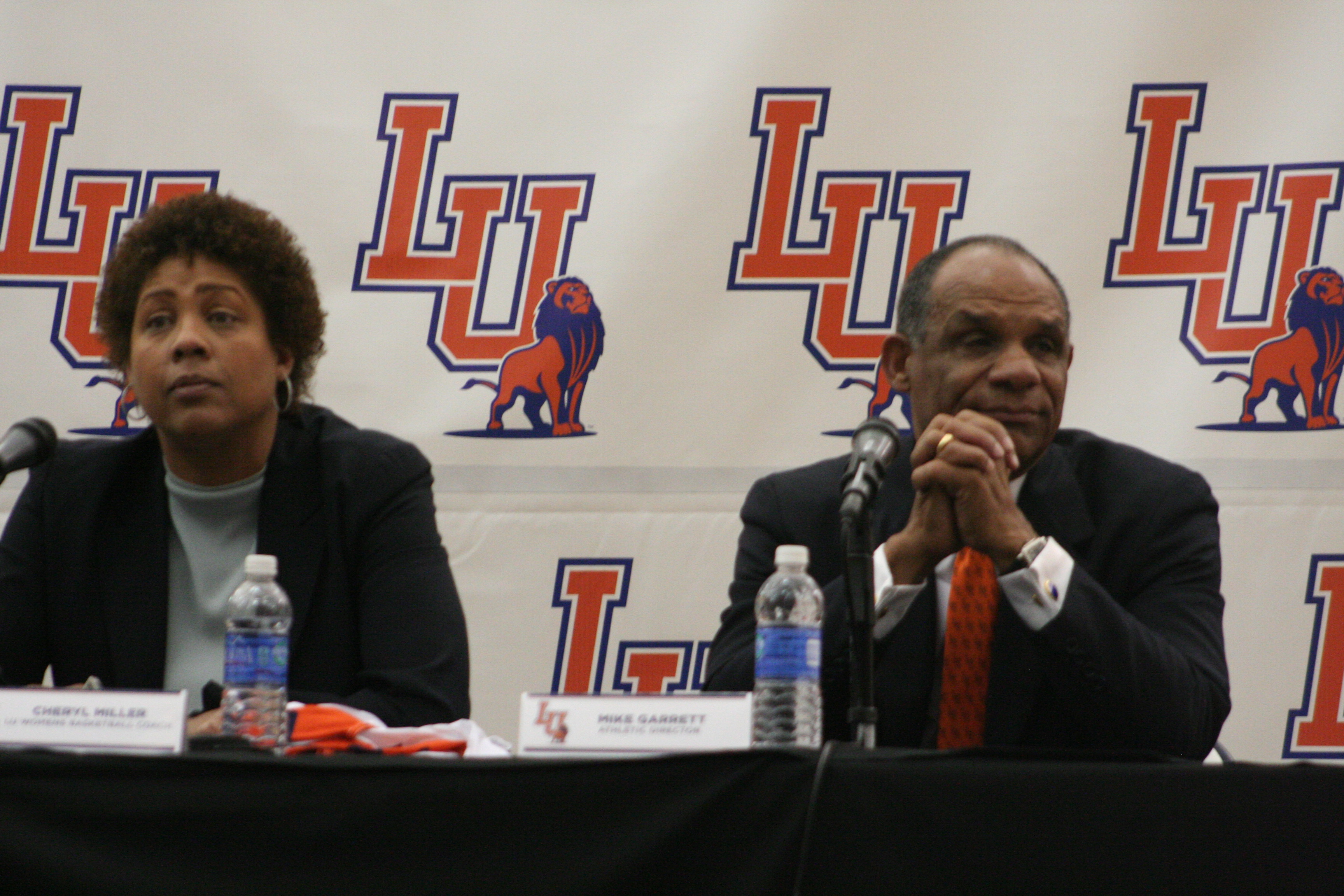 Despite losing a mythical figure on the bench, Langston University didnt downgrade a bit, as far as hoop respectability goes, when it announced the hiring of Elaine Powell, the first player in LSU history to be drafted into the WNBA.

Powell has a basketball pedigree and history of accolades that are longer than the legs on Andrew Bogut. She spent nearly a decade balling in the WNBA (1999-2008), where she carved a name for herself at the point guard position. She was a three-time WNBA champion while honing her coaching skills under former coach and Detroit Pistons player, Bill Laimbeer. She is intelligent, focused and tough as nails.

“Elaine Powell is a proven leader whose dedication and commitment to excellence has shown in her work while coaching at the NCAA DI level for more than 8 years…She comes from a championship pedigree (at LSU), which is what we strive for here at Langston University. We look forward to her bringing that same enthusiasm, devotion and…approach to our program,” said Donnita Drain Rogers,Langston’s  Athletic Director.

Powell will be filling some huge shoes, but she might even be an upgrade as far as pure coaching ability goes. She previously served as an assistant coach for women’s basketball programs at Alabama A&M, Ohio University and Grambling State.

We interviewed womens basketball icon Cheryl Miller when she left the broadcasting booth to take over the relatively unknown womens squad.

Miller, who was a former WNBA coach, says she wasnt getting any coaching offers and Langston, an NAIA institution with less than 4,000 students located in the sticks of Oklahoma, was her only option. She once told me, she was desperate.

She eventually was given an opportunity by Garrett, the athletic director who hired Miller as USCs head coach back in 1993, and he named Miller the Langston Lions new womens coach on April 30.

It wasnt a powerhouse, 40,000 student body, Division I school like USC, where Miller revolutionized the womens game, but Miller told TSL in a two-part series I did with her back in ’14, that her goal was to build the program into an NAIA juggernaut and in two years at the helm, she came close.

Miller took over a team that went 20-13 and lost in the first round of the NAIA national championships. She had an overall record of 49-12 and two NAIA Tournament appearances.

It was inevitable, however, that once Garrett bounced and she had re-established her coaching pedigree and ability to design a program and increase profitability, a larger university would scoop her like ice cream.

The “Mill” is gone, but Langston University womens basketball is here to stay and in very capable and recognizable hands with Powell stalking the sidelines.