Jackie Robinson Day went off in grand fashion around MLB on Saturday, but of course no team would out-commemorate the Dodgers as far as the magnificence of the tribute paid to baseballs legendary barrier-breaker.

As part of the 70th anniversary of Robinson’s debut, the Dodgers unveiled an 800-pound bronze statue depicting Robinson as a rookie sliding into home plate, placed in the left-field plaza, the most popular entrance to the park.

Robinson’s wife, Rachel, and children Sharon and David were in attendance. 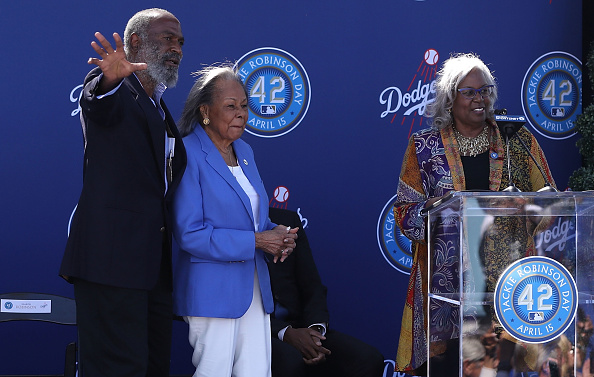 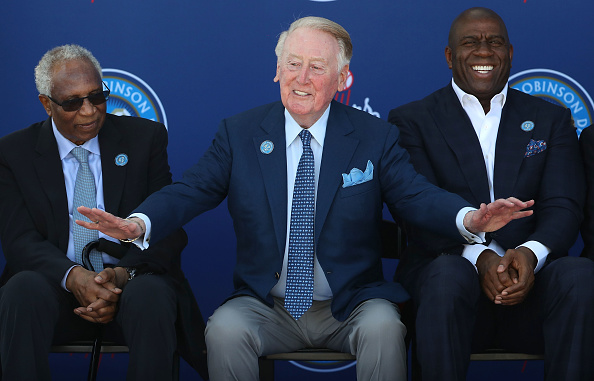 Scully, probably the greatest and longest-tenured baseball announcer in modern times and the only baseball storyteller that matters on the West Coast, was eloquent, personal and poignant in his praise of Robinson.

Magic Johnson has two statues; one at Michigan State, outside of Breslin Center and one outside of Staples Center. The greatest point guard turned business mogul in NBA history says Robinson’s statue has greater social and historical value.