When I spoke to Danny Garcia last week, he said he was ready to go into tonight’s WBC welterweight title fight and dominate against the rugged and very game Robert Guerrero in his quest to unify the 147-pound division.

He proceeded to do just that and walked out of the the Premier Boxing Champions main event at the Staples Center in Los Angeles tonight with a 116-112 unanimous decision, one step closer to his goal.

When I asked him what people were going to see in the ring tonight, he said, “They’re going to see style, explosiveness, technique, skills and character, among other things.”

He also talked about being prepared for a tough 12-round fight, executing a smart game plan, making round-by-round adjustments and working with some intelligence. A man of his word, Garcia did all of that and then some as Floyd Mayweather, Jr., the former king of the division, looked on from ringside.

Guerrero (33-4-1, 18 KOs) applied most of the pressure in the early rounds as Garcia exhibited patience while moving backwards and counter-punching.

By the fifth round, Guerrero led a very close fight, one that he seemed to be controlling with his pressure as Garcia had yet to find a discernible rhythm. With a lump forming under his eye, Garcia ended the fifth round with a crisp, short left hand. 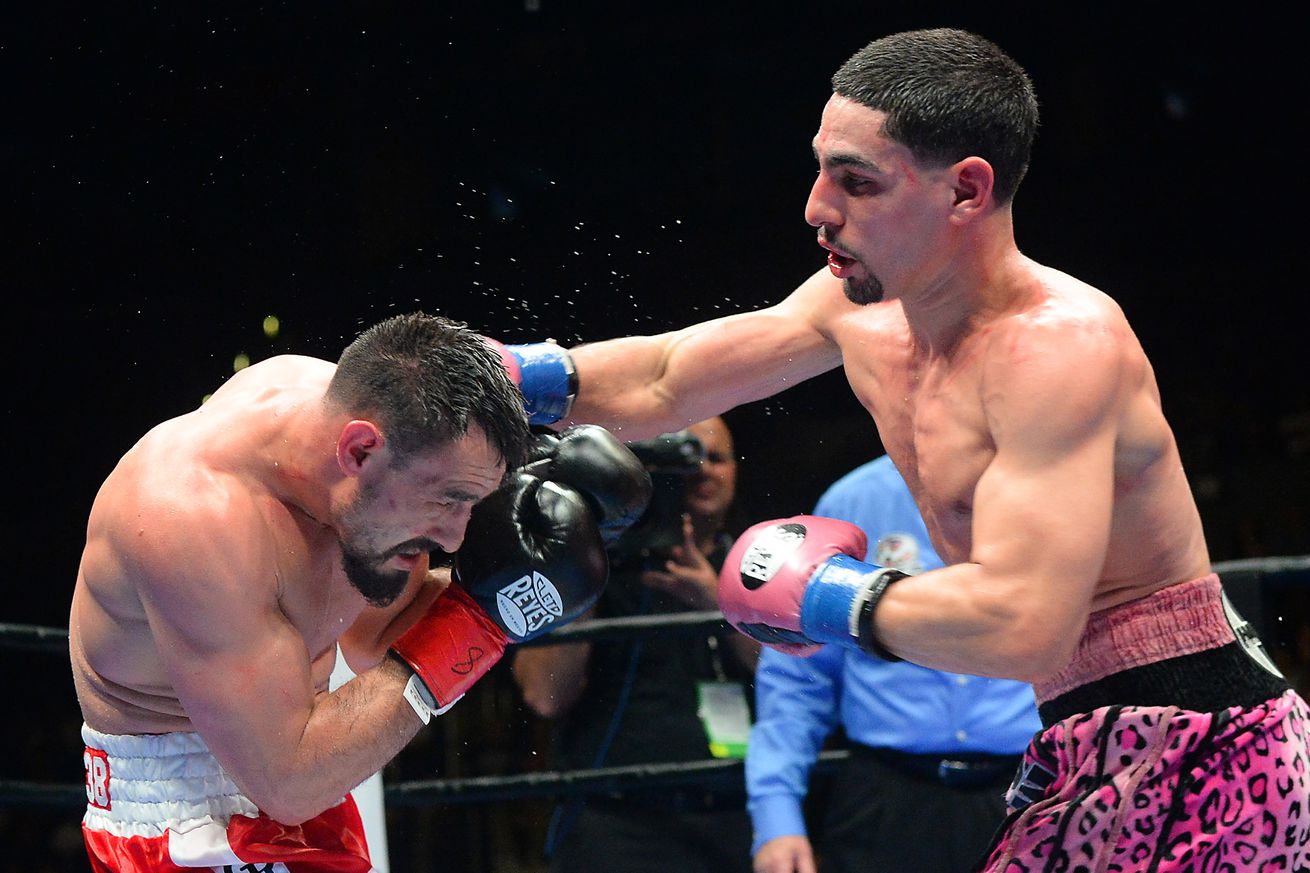 From that point on, he seemed to find his comfort zone. In the sixth round, with Guerrero stalking him, Garcia connected with some powerful left hooks and lead right hands. When the bell sounded, he’d scored his best round of the fight thus far.

Though still patient, he began teeing off with some sinister right hands that landed from various angles. Guerrero was rocked backwards and sideways on numerous occasions by a plethora leads, looping punches and precise hooks.

In the ninth round, spurred by his father telling him to press the action in between rounds, Guerrero again tried to establish himself as the fight’s aggressor. But Garcia’s fantastic left hook seemed to slow down Guerrero’s advances as the undefeated Puerto Rican from Philadelphia unveiled a new wrinkle in his arsenal: an ability to counter-punch and throw vicious hooks with both hands while moving backwards.

After round five, Garcia looked incredibly relaxed while making smart adjustments, throwing the more powerful, effective punches and outboxing Guerrero at every turn. He connected with the more substantive blows at a higher rate than his opponent.

Garcia improved his record to 32-0,18 KOs with his impressive performance and becomes the first welterweight champion to pick up one of the division’s belts that were vacated when Mayweather retired. He’s taken the first step in his mission of establishing himself as a bankable and dominant figure in the division and in the overall sport.

His toughest test yet could emerge from the winner of the March 12th bout between unbeaten Keith Thurman and former champion Shawn Porter.