25 years ago today on April 29th, 1992, years of police brutality erupted into an all out insurrection in Los Angeles.

Two years ago, on April 12, 2015, Freddie Gray was killed in police custody.  The specter of police brutality against African Americans is as old as American policing itself.   The Black Panther Party for Self Defense was founded as a direct result of police brutality, and other groups have been galvanized to action by it as well.

This week, the documentary Copwatch debuted at the 16th Annual Tribeca Film Festival in New York City. It is an honest and in-depth look at police brutality and oppression in the Black community through the eyes of the activist group We Copwatch and centers on the brave individuals who put themselves in harm’s way to police the police, and the consequences of those actions.

Directed by award-winning journalist-turned-filmmaker Camilla Hall, the film profiles several We Copwatch members, including Kevin Moore, who filmed the arrest of Freddie Gray in Baltimore, and Ramsey Orta, the man who filmed Eric Garners fatal Staten Island arrest in the devastating video, as well as co founders Jacob Crawford and David Whitt. 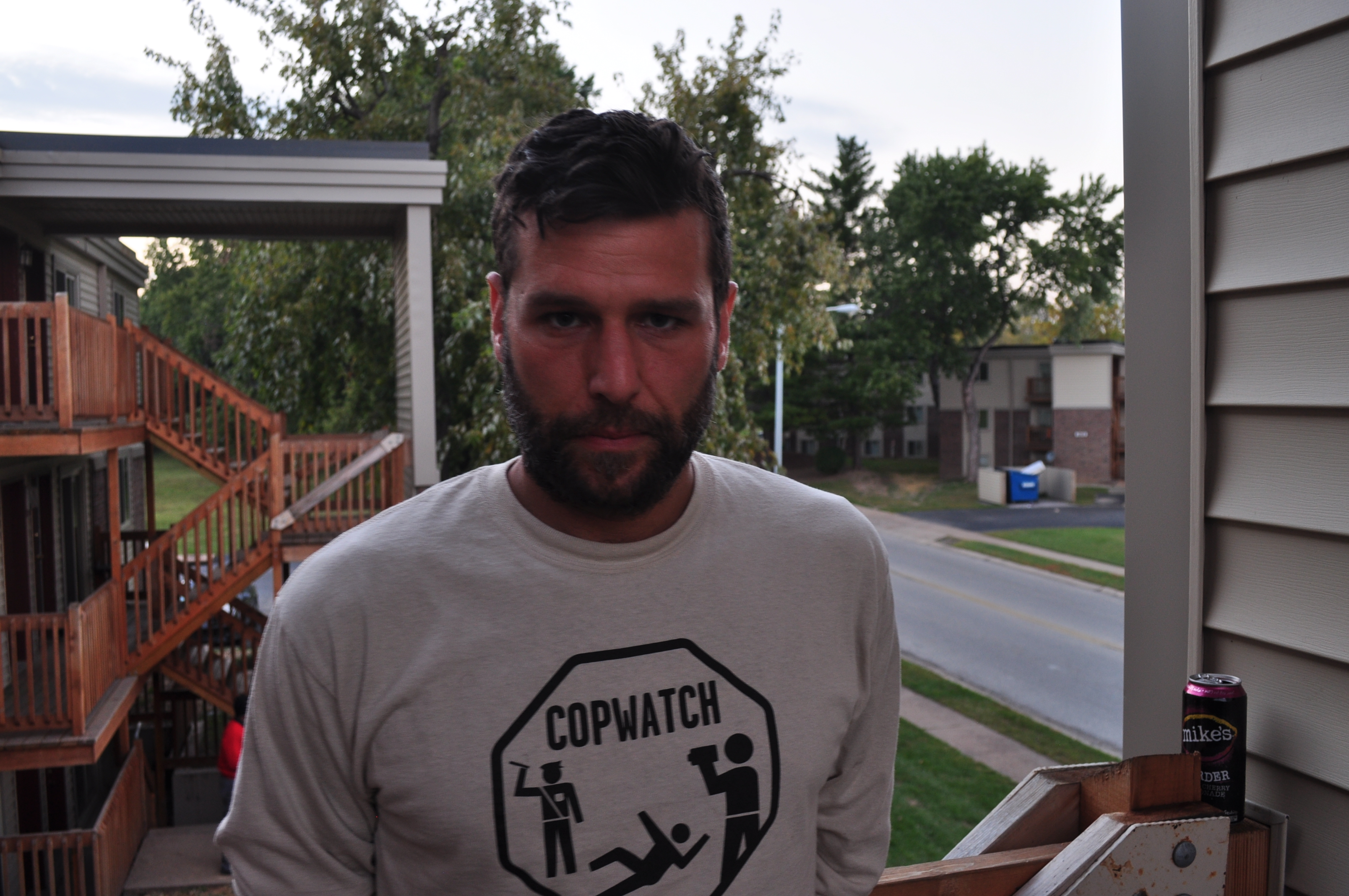 Recently I had the chance to speak with Hall and Crawford about their reasons for embarking on this project.

“We’ve been told a myth,” said Crawford. “We’ve been told that we can’t solve problems without the police, and we’ve been told that we cannot solve problems between each other. A lot of these things we call crime are really byproducts of poverty. Rich people aren’t susceptible to police oppression and it turns into a deadly spiral. Police come in, they break up families. Children see it, they grow up scared of police. They run from police. They get put into the system. Essentially, the police are gardeners. They harvest people.”

“I’m not here to say that there are not good parents and good friends that are in law enforcement,” he continued. “But I just think the idea of law enforcement in this country is fatally flawed.”

The Shadow League: How important was it for you to make this film as objective as possible?

Camilla Hall: It was really important to me to make sure that we did have a cop point of view in the film. Not a spokesperson or someone sitting at a desk, but really find the right person to display that point of view. It was very important to me show police who are doing their jobs the right way and want crooked cops held responsible.

Jordan Crawford:  If I could use that interaction, as I recall the officer was empathizing with our position. But I really don’t care how empathetic the police are to our cause or how much they support the idea. The end all to beat all is police don’t hold each other accountable.

That makes the most squeaky clean cop an accessory to all of the other crimes the police do. They all work in the same space, police the same communities. They know what other officers are doing and they cover for each other. On the one hand, what a beautiful thing when a community comes together with such loyalty, but when you are dealing with people who can stop them, coerce them and kill them, it’s just a different playing field.

TSL:  What do you say to those who consistently say these incidents are anomalous?

JC: I’m highly critical of police. I think that if a police officer wants to be a good police officer they should quit their jobs or turn in other police officers. Then, and only then, can we have a real conversation about public safety and what that looks like and I really want that. I just spent two months in Standing Rock, where there were no police. Time and time again, community and people have come together to solve issues. I’m not talking about disputes. I’m talking about real issues. There was a time where there were no police. There was a time when community addressed those issues. I think it’s time to bring that back. TSL: And what does a cop-free world look like?

TSL: What do you hope this film accomplishes on a personal level?

JC: My hope for the film is that people walk away with it having a better understanding of Ramsey Orta and his situation. It almost ends there for me. When I started cop watching in 2000, my dream was to be in a space where the whole country knew about We Copwatch. If everybody in the country knows about We Copwatch, then everybody in the country will know about their rights. I need them to know they have the right to watch the police and I feel like we’re very quickly getting to that point.

Hopefully this film will draw the attention of a large population of people, but at the end of the day, I’ve got a brother in prison right now. He’s been cut, he’s been put in solitary confinement, and we’re having a hard time getting the type of support we need for him. So, my hope for this film is for the greater community to support him, and others as well. We have witnesses everyday documenting this stuff, and they’re facing retaliation. So not only do we have to honor them but we also have to protect them.