Indeed, it seems like every police department in the nation is operating off the same playbook as each of the aforementioned individuals is said to have given each responding officer some reason to believe they were dangerous. In the case of young Tyre King, a toy gun was found at the scene to corroborate the responding officer’s story that a weapon was aimed at him.

However, the local coroner cast a considerable amount of doubt on this claim, finding that young King was actually fleeing and was struck in the back. How can someone be a threat while trying to flee?

In Tulsa, the case revolves around the shooting of stranded motorist, Terence Crutcher. Tulsa police officer, Betty Shelby, fired the fatal shots, said she was reaching for a taser but grabbed her gun instead. In the heartbreaking video of Crutcher’s last moments alive, a police helicopter pilot can be heard saying “He looks like a bad dude” from hundreds of feet in the air. Tulsa PD has said Shelby was under the impression that Crutcher was on PCP due to a “thousand yard stare and unresponsiveness” and, conveniently enough, PCP was found in the vehicle.

They say he was reaching in a window when the shots were fired. However, there is photo and video evidence that suggests the window was actually closed.

In Charlotte, Keith Lamont Scott, a man who residents describe as mentally disabled, was shot dead by police officers. Family members say he was sitting a bus stop waiting for his son to come home from school and was reading a book.

Charlotte Police Department officials maintain that Scott was holding a weapon, something his neighbors vehemently dispute. Charlotte is currently in the midst of civil unrest as authorities plead for calm. Tear gas is being used on protesters, some being arrested at demonstrations tonight, and 16 officers have reportedly been injured in the process.

But at least they’re alive. Death is absolute and no settlement amount will make it’s finality less biting. 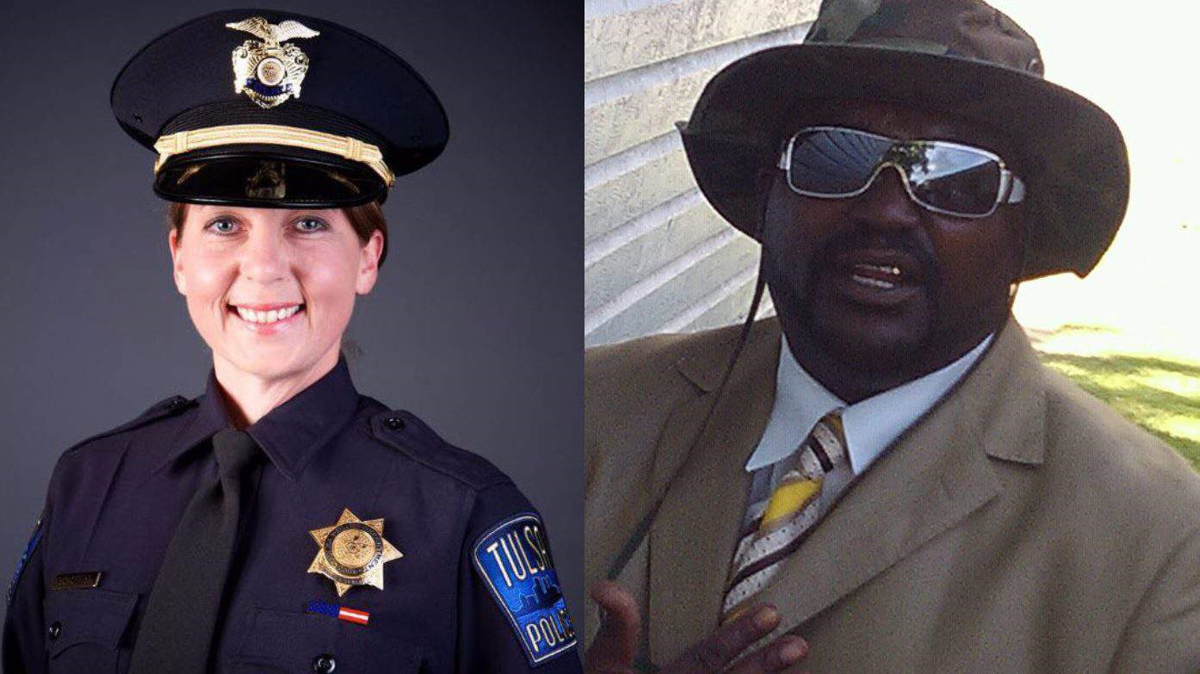 According to the Huffington Post, 15 Black people have been killed by police nationwide since Colin Kaepernick’s protest began. Kaepernick’s rebellion has spread throughout the NFL and other sports. Philadelphia Eagles players Malcolm Jenkins, Ron Brooks and Steven Means stood together, fists raised skyward as the U.S. national anthem played prior to the Monday Night Football game versus the Chicago Bears. Many athletes have come out in defense of the flag and national anthem since Kaep began his protest in the preseason. Most notable among them were former Raven’s LB Ray Lewis, all-time great Jerry Rice and coaches from the professional, collegiate and scholastic levels of sports. Yet with these most recent shootings, some have reversed their position on Kaepernick’s protest, most notably is the aforementioned Rice. The NFL legend, who previously tweeted “All Lives Matter” and advised Colin not to “disrespect the flag”, tweeted this yesterday:

I support @Kaepernick7 for bringing awareness for injustice !!!! As Americans we all have rights! Im hoping we all come together#solution

While props go out to Jerry Rice for being conscientious enough to reverse his position when presented with information that contradicted his prior view, I wonder what people like Ray Lewis, Trent Dilfer, the well-intended Clemson University football coach Dabo Sweeney and even St. Louis Cardinals manager Tony La Russa have to say about these recent shootings. In commenting on the protest itself, and not the underlying historic, economic and racial dynamics, people are really showing their ignorant asses.

Many of them were my heroes. While I’ll still marvel at their accomplishments, I’m reminded that these words are tantamount to denying the struggle of my mother, my grandmother, their ancestors, and even my current station as a Black man in America. They’re denying my struggle, denying my pain, and denying my calls for justice.

And if you’re black and in agreement with these individuals, then you’re practically denying yourself.