In March 2013, I wrote the same piece I could write about Wisconsins 71-64 upset over heavily-favored Kentucky in a Final Four rematch at Lucas Oil Stadium on Saturday night. 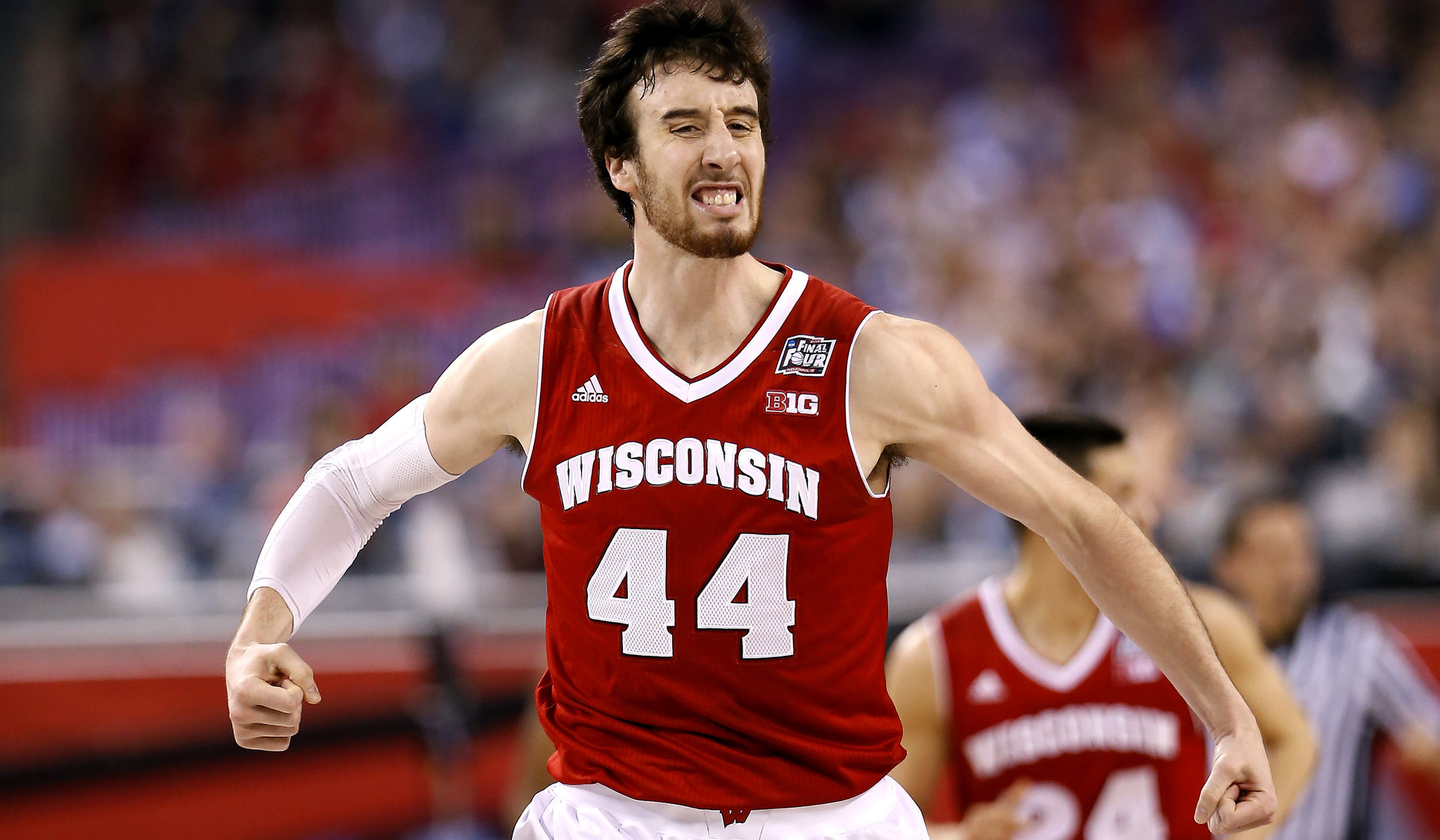 Say what you want, at the end of the day Kentucky Wildcats coach Hollywood John Calipari dropped the ball by not winning the pre-anointed 2015 NCAA Championships and he kicked it down the road by failing to even reach the final game.

In 2013 after Coach Cal had a roster of studs and didnt even make the NCAA Tournament, I wrote a piece entitled, COACH CAL DROPPED THE BALL AND THEN KICKED IT DOWN THE STREET: At Kentucky, a down year is a 5th seed in the tourney. But missing the Big Dance entirely? That’s just unacceptable .

Kentuckys 12 freshman class was among the greatest in history. Believe it or not, the hype surrounding this years recruits was even bigger if thats possible. Maybe the pollsters thought Anthony Davis was coming back for his sophomore year when they voted Kentucky No. 3 in preseason polls. Or maybe, after finally getting that elusive ring after years of insisting he was more than just a star-snatcher, Calipari got complacent. If he needed motivation, he has it now.

Calipari used that motivation to guide his squad to an NCAA Title in 2014, and entering this season they had the chance to become the greatest compilation of college talent ever assembled with nine McDonalds All-Americans and a handful of sure-fire pros among them. As Kentucky steam-rolled college basketball, most analysts had them pegged as a sure bet to match the 1976 Indiana Hoosiers unbeaten championship season.

Kentucky ran off 38 straight wins before bowing out to a game Wisconsin squad with college POY Frank Kaminsky leading the charge. Bo Ryan and The Badgers shocked the world, but they didnt shock Kenny The Jet Smith who picked the Badgers to win it all the last time he stepped into my March Madness Media Moshpit.

Grant Hill too. He spoke about how hard it would be for Kentucky to get up for each game without ever having lost and how much harder not losing made John Caliparis job because he didnt have any ammunition to motivate his team or prepare them for the dog days of March.

Hill: I think complacency is the greatest challenge. Ive never been in a situation where I was playing for an undefeated season, I can only imagine. Its hard enough just to win a championship. The added pressure of going undefeated has got to become a bit of a distraction in some respect. I feel like some of the greatest learning opportunities were in defeats. Even in 1992 when we won the back-to-backs, we went through some injuries and lost a couple of games, but we were able to recalibrate. You know, if you win 16 or 17 in a row, even if there is slippage in your performance, in your mind youre like, Were winning…ya know. Its all good. Were No. 1

Caliparis squad lost that lofty perch on the last game of their season at the worst possible time. Maybe Calipari also knew something about his team that most people didnt.

Despite Kentucky’s domination, he remained humble all season, even if his young stunners didn’t. No team since U.N.L.V. had lasted as long as Kentucky in a Division I college basketball season without a loss.

This season is historic, Calipari said. I just cant believe anybody is going to do what these kids just did to get to this point unblemished with the schedule they played.

The game was just the sixth between teams facing each other in a second straight Final Four, a list that included Duke and Nevada-Las Vegas. In the second of those games, in 1991, the Blue Devils upset the undefeated Running Rebels in the Hoosier Dome here in Indianapolis.

An undefeated season was probably a foregone conclusion to Kentucky who saw two athletically inferior teams with half the marketing muscle and hype standing in its way in Duke and Wisconsin.

I refuse to believe that Coach Cal didnt think he had it locked. When your team goes 38-0 and half the squad is bouncing to The League after the season, you cant bow out in the Final Four. Im sorry. That cant be the legacy of a team that was as dominant in the regular season as any team in history, suffocating on D and relentlessly multi-faceted on offense.

Aint enough Ermenegildo Zegna Bespoke suits on earth for me to give Coach Cal a pass on this one. He has to take the L for being on the losing end of one of the biggest upsets in college basketball history.

Calipari was able to successfully play master chef last season. This year his final recipe didnt pass the taste test. Like Coach K at Duke who has lost to cream puffs Mercer (2014) and Lehigh (2012) in the first-round of the NCAA Tournament (stop laughing) without getting much criticism because everyone just assumes next year will be the year — Coach Cal also gets more passes than Andre Ware in a 80s Run-N-Shoot offense.

Not even the postgame antics of Kentucky star guard Andrew Harrison will taint Cals legacy. Harrison, however, may have lowered his draft stock with his bitch-made, bratty lip service.

Harrison, while his teammate was being asked a question about Kaminsky’s impact, muttered into what he thought was his hand, but the microphone in front of him was hot and picked up exactly what he said, which was F*ck that Nig#a, referring to Kaminsky.

You can see the live audio by peeping @HaynesTheWriter on Twitter.

Kentucky officials said after the game they had no comment but they would be speaking with Harrison.

According to reports, Kaminsky and Harrison have already squashed the beef. “He reached out to me, we talked about it, we’re over it,” the Wisconsin senior said at Lucas Oil Stadium on Sunday afternoon. “Nothing more needs to be made of it.”

And nothing more will be made of it because it wasnt the white Kaminsky saying it about the black Harrison. But every situation in which the N word is used by a person of any race is going to incite debate about the appropriateness of the word and who can use it.

Harrisons actions reflect those of a spoiled, ungrateful, immature sore loser, who hasnt learned a thing from his two years in college. Sportsmanship is something that still resonates with the common fan and it is stressed everyday by coaches on the youth levels. Its the fabric of competition; being able to duke it out and reconcile as human beings for a larger purpose. Harrison was clownish and that has to also reflect on Coach Cal because Harrison is a leader on the team.

The comments were disrespectful to Harrisons family (Im sure they dont want to be represented as people who speak from a garbage can while their son is wearing the jersey of a nationally accredited university) as well as both schools and Kaminsky, who has his eyes set on a championship matchup with Coach K and The Blue Devils (34-4) tonight at 9:18 EST on CBS at Lucas Oil Stadium.

Calipari will load up and go back at it next year, but the disastrous end result of a season that many jock-riding analysts were calling his best coaching performance ever, definitely changes the tone of the conversation. A great coach?

See Andrew Harrison for my opinion on that.