So Im in this NFL Pool with about 25 people from various walks of life, ethnicities and levels of supposed football knowledge. Last season I did very well, finishing second in the entire pool, just missing a shot to win the several thousand dollar victory take. After all, how could a band of stay-at-home moms, Wall Street Willies, foreign language teachers and computer geeks outpick a savvy sports reporter with 20 years of experience?

However, reality has set in and Im doing pitifully this season, hovering somewhere around 21st place overall, behind Wendy a homecare attendant from Wisconsin and Frankie, a TSA worker from Tampa. Everything I touch turns to cow manure and Im seriously questioning the strength of street knowledge Ive accumulated in all these years of studying sports.

Last season, my small-time gambling season went the way of Cam Newtons MVP season. I was in the words of Walt Clyde Frazier, tantalizing and mesmerizing” with my picks each week. I even won the $95 weekly pool four times in 17 weeks. That was a high point in my Sunday office pool career.

The 2015 NFL season was a high point for Newton too, despite his Super Bowl loss. 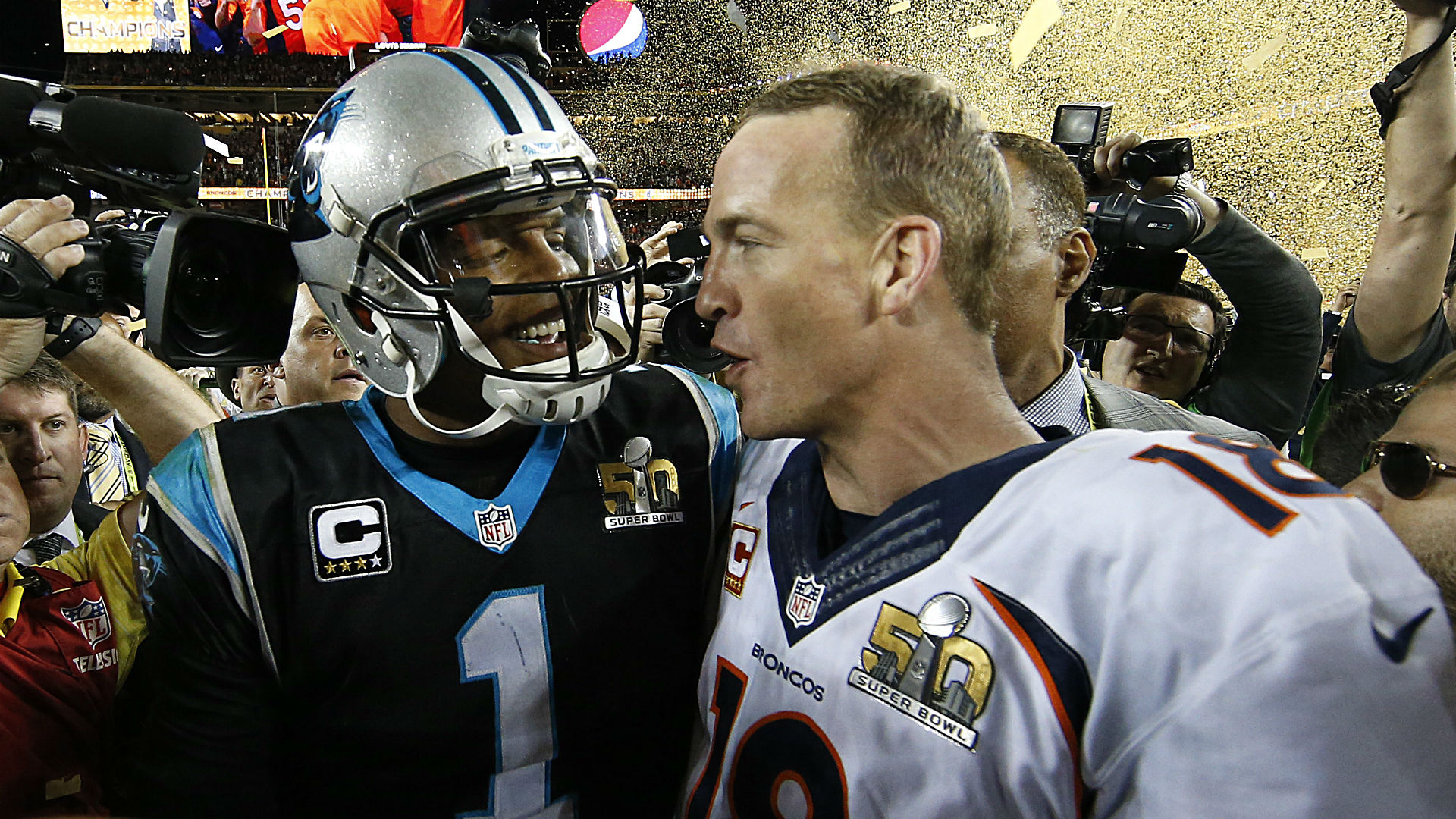 Everybody wanted Peyton Manning to win anyway, so Cam was doing the NFL history books a favor. I dont know if its just me, but it seems as if the boy hasnt had a great game since that Super Bowl stinker.

Sunday nights 40-7 pummeling at the hands of the Seattle Seahawks was certainly the low point of a season where we finally have to say it, Cam and The Panthers have been downright horrible.

The $100 million man has become as reliable as a shaky middle-reliever trying to close out a Game 7 in baseball. Last night he was 14 of 32 for 182 yards and just one score. It wasnt nearly enough to defeat a talented and hungry Seattle squad.

When Carolina signed Cam to a five-year, $103.8 million extension in 2015, they believed he was the dude to lead Carolina to its first Super Bowl trophy.

“We believe he’ll take us to the Promised Land,” general manager Dave Gettleman said after Newton signed a contract that made him third-highest-paid quarterback in the NFL based on an average salary of $20.76 million a year.

Newton got the deal despite only one playoff win in four seasons. He fixed that last season, so nobody expected a backslide like this. Ive tried to ignore how bad Newton has been this season. Maybe those hits he took in that first game against Denver has had lingering effects on him. Some people blame the head coach and Cams underachieving supporting cast.

At the end of the day, it seems the team is losing faith in Newton. The first play of  Sunday’s game, where they put backup Derek Anderson at QB and he threw a pick, is indicative of the mess that has become the Carolina Panthers.The Panthers have always been a flawed team, but Cam Newton always made up for whatever they were lacking.

Thats not the case anymore. The disease has spread and now hes part of the problem.

Theres no mystery why the Panthers are 4-8 and in last place in the NFC South. Just watch Cam play and the explanation’s obvious. He’s not making too many big throws or big plays. He’s also exhibiting more primadonna nonsense than leadership qualities.

Why was Anderson even on the field to begin the game?

As if the season isn’t disappointing enough, Newton was benched for Carolina’s first series at CenturyLink Field for violating team rules by not wearing a tie earlier in the week.

“It was a travel code violation,” Panthers head coach Rivera said post-game. “The decision was to treat him like I do all the other players, and he didn’t start.”

Newton blamed himself for “a lack of communication.” On the flip side, Newton had an excuse, also blaming his size and the team’s decision to stay on the road for two weeks for back-to-back road games.

On the surface, he seems to be the same guy. He dresses dapper. Hes calm and cocky during his interviews and regardless of how much his team is losing or winning by, hes going to smile, talk smack with the lineman and entice the linebackers to try and rip his head off.

The difference is, in the past, Cams performances and win totals matched his mighty mojo. His accuracy and power matched his theatrics and his confident TD bursts matched his flare every time he dabbed or awarded an unsuspecting fan with a football and a moment to last a lifetime.

Put the stats aside because they ain’t that pretty in the first place, and something is still missing from Cams repertoire. Maybe it’s the belief that he can win anytime he steps on the field.  Or maybe its that overconfidence that has made him a supreme target of every defense and spoiled his relationship with the stripes who let him get pummeled week in and week out.

Last nights matchup between two of the Top 5 QBs in the sport would normally be a prime time ratings rave for the NFL. The modern day Joe Montana in Russell Wilson against the new age dual QB machine in Cam Newton.

If I had to predict what this game would have at stake before the season began, I would have said, “homefield advantage” throughout the playoffs. Instead, it was a game between two teams with quarterbacks moving in opposite directions.

Russell Wilson moves closer to a third trip to footballs ultimate contest and his progression is acknowledged weekly. Cam continues his downward spiral and the perplexing, whirlwind of circumstances that have taken him from champ to chump in less than a year. 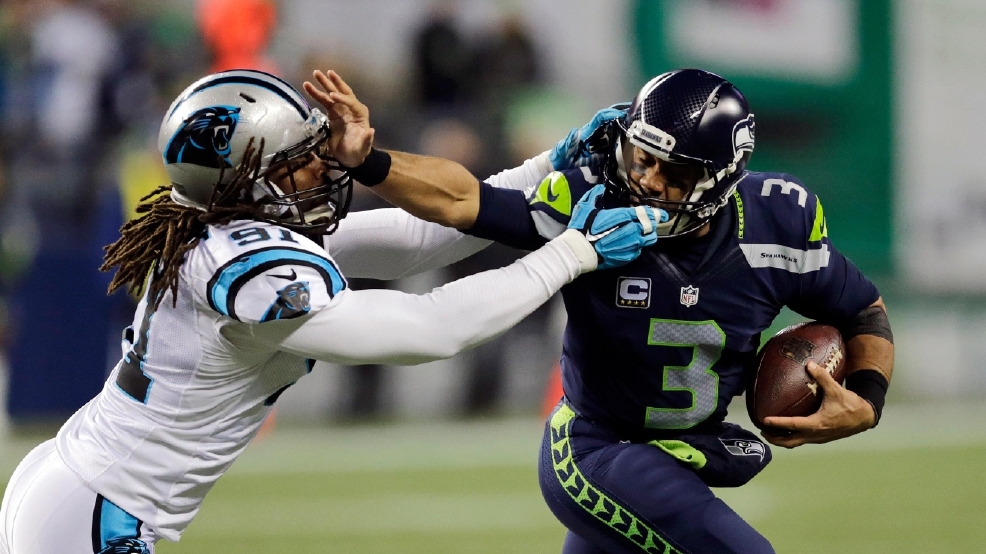 Its time to stop walking a cultural tightrope with Cam Newton and call him out on the year hes having. Its certainly not anything close to what anyone expected as Cam entered 2016 labeled the  future of the league. Everyone else had to take a backseat to his greatness.

If we are going to reward athletes for exceptional performance and protect athletes that we hold dear to our hearts, then we have to keep it real when they fail to meet the lofty standards that are set for them.

Unless something incredible happens, 2016 will go down as the season that Cam Newton talked the talk but came up midget short. And until he rectifies it, the stain of this season will be a glaring black eye on his sterling resume.