It seemed like groups that had traditionally been underrepresented in the pages of comic books, as well as on the creative side, had finally been getting the props they deserved just two years ago.

Three years ago, it seemed like every major comic book publisher jumped on the bandwagon. Moon Girl and Devil Dinosaur was one of my favorites.

However, the hieroglyphs were deciphered when Marvel vice president David Gabriel blamed diversity for Marvel’s financial shortfalls. But it was just last year that Comics Alliance was raving about the impact of women on comic book sales.

But things appeared to really hit the fan for Marvel in August 2016 when Bleeding Cool reported that DC Comics placed nine titles in the top 10 despite Marvel publishing a third more titles at the time, 93 to 75. Long story made slightly less long, whenever the wheels start to fall off any American institution, be it government or corporate, women and minorities will suffer the first, and the deepest, cuts. 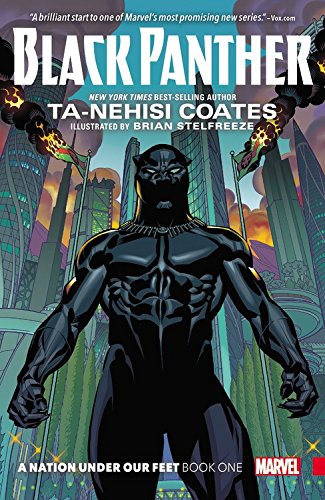 On Monday it was announced that Black Panther and Crew has been canceled just one month after it debuted. Written by Ta-Nehisi Coates, they brought black Marvel mainstays Black Panther, Storm, Misty Knight, Spectrum and Luke Cage together in the same book on a regular basis.

You would’ve thought that was an automatic win as popular as those characters are in their respective storylines. The third issue is scheduled to drop on June 14 and the title itself will end after issue six. Black Panther and the Crew is one of two other Black Panther books written by Coates.

According to Coates, the reason for the series’ cancellation is low sales, although the current storyline will be completed by its final issue. Black Panther: World of Wakanda was announced with much fanfare last July, but no further issues have been solicited beyond last month’s issue.