When it comes to All-Star point guard Chris Paul, bad luck has been the norm for him at least since his arrival in Los Angeles in 2011.  The future Hall of Fame floor general, along with head coach Doc Rivers, has made the historically moribund Los Angeles Clippers into one of the most exciting teams in the NBA.

Though excitement and highlights have been bestowed upon us all, the teams overall identity on both offense and defense has been the subject of great speculation in the past.  That speculation tends to ebb when the Clippers are winning, and thats exactly what they were doing throughout the season.

Despite an injury and suspension that caused Blake Griffin to miss nearly 50 games, the Clippers managed to finish the regular season with a 53-29 record, which was good enough for a first round homecourt advantage against Portland.

Just prior to the start of Game 4 between the Clips and the Blazers, there were some who hinted at the possibility that Los Angeles would give the Golden State Warriors a run for their money with a healthy Griffin and a Clips bench contingent led by three-time 6th Man of the Year award winner Jamal Crawford and lengthy wing Jeff Green, who runs the lanes well.  DeAndre Jordan will never be a good free throw shooter, but hes a walking double-double and intimidating shotblocker and defender. 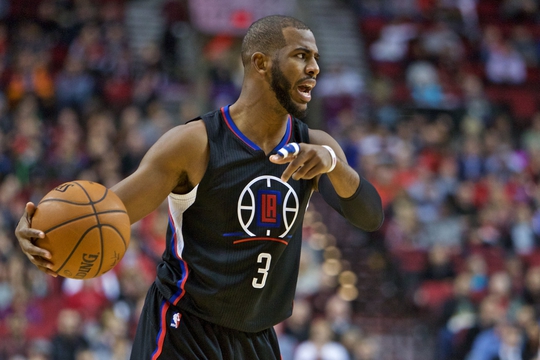 Everything was lined up for LA to move past losing in the Western Conference Semifinals to a Houston Rockets team they had down 0-2 in the 2015 NBA Playoffs, past barely putting up a fight against the Oklahoma City Thunder in the second round of the 2014 NBA playoffs, the same season in which he was sidelined a month with a shoulder injury, past not making the playoffs at all in 2013, past getting swept by the San Antonio Spurs in 2012, and past missing the playoffs in 2011.

By simply putting on a good show against Golden State in the second round, after what many assumed would be a cakewalk over the Portland Trail Blazers, the Clips could get a little Respeck on their once cursed name.

The mystique of the Clippers had been virtually nonexistent before the arrival of Paul, Griffin and head coach Doc Rivers.  But winning a franchise-record number of regular season and playoff games over the past five years has not been of any solace to the title-jealous Clippers fan base.

A gutsy first round playoff victory over the defending NBA champion Spurs in 2015, highlighted by Paul hitting a game-winning shot in Game 7, seemed to signify a change in fortunes for the organization.  But a hamstring injury would linger and cause CP3 to miss two games in their series against the Houston Rockets.  The Clips would blow a 1-3 lead and the rest is history.

Stories end, as stories do, and reality once again came into view.   The reality of the Clippers current situation is theyre in a series with the Portland Trail Blazers down 3-2 after last night’s 108-98 loss at home.

While they have the talent to defeat the upstart Portland team, team morale has undoubtedly taken a severe blow, now that Griffin and Paul will miss the remainder of this year’s playoffs due to injury.  Even if they do come back to win the final two games of this opening round series to beat Damian Lillard and company, no Griffin and no Paul means they have very little chance of beating Golden State.