Auburn may have the best offensive coach in the country on its sideline. There’s something about Gus Malzahn.

Hugh Freeze has done yeoman's work in his three seasons at the helm of Ole Miss, but very few college coaches have worked magic as quickly as Malzahn has at Auburn–twice. Once as an offensive coordinator, when he convinced Gene Chizik to take a chance on a JUCO prospect named Cam Newton and again when he was named head coach of the 3-9 Tigers in December of 2012.

Not only does he rake in blue chip recruits like Cameron Diaz’s titular character Mary Jensen did hapless suitors, but he also is a magnet for kismet.

No other team has benefitted from as many auspicious events as the Auburn Tigers.

From the Miracle on the Plains against UGA to the Kick Six, Auburn has ridden a magic carpet ride to the final BCS National Championship Game.

However, the ride hasn't slowed down in year two.

By all accounts, Ole Miss should have won Saturday night. Ole Miss outplayed them in the final quarter. Auburn was just more efficient.

Twice they had the lead within their grasps in the final seven regulation minutes. Instead, Ole Miss lost a win they thought they had wrapped up like it was Jennifer Lawrence’s hacked nude cloud photos (no seriously, that link’s safe).

A 59-yard run by Bo Wallace in the second half appeared to portend a positive outcome for the Rebels on the rebound of a devastating LSU loss.

However, Bo-nehead Wallace reared his ugly head when Wallace fumbled while attempting to stretch for a first down on a 2nd and 1.

With one last gasp, Wallace was masterful.

Wallace led the Rebels to the doorstep until fate intervened on behalf of Auburn again.

He’s even got the anatomically incorrect definition of the foot on his side.

When Treadwell was brought down, his ankle touched before the fumble, unfortunately, the ankle is considered part of the foot and thus, is not considered down.

If Treadwell’s calf had touched, Ole Miss would have possession inside their three-yard line and Treadwell’s injury would probably have resulted in a pyrhic victory instead of a calamitous defeat.

This is where the bluff gets steeper for Ole Miss. Without Treadwell in the lineup, the Ole Miss passing attack will regress and a Cotton Bowl may not even be in their future.

Of course, if Wallace doesn’t fumble on the drive prior, Ole Miss wouldn’t have lost their star receiver. The Rebels are undoubtedly on the rise, but Ole Miss is still hapless for now. No happy ending yet.

We knew Jeremy Pruitt’s defense couldn’t defend against airborne offenses, infecting the scoreboard with their quick-strike touchdowns, but the ground game was supposed to be under control with nation’s best linebacking corps forming a human chain along the line of scrimmage.

Instead, Georgia tackled Florida’s running backs like they were Kaci Hickox showing fever symptoms after a bike ride.

The three-foot distance a judge ordered the nurse who may have the Ebola virus dormant in her system, to maintain from individuals in public places didn’t apply to the Bulldogs defense, but out of concern for the growing public fear Mark Richt or Pruitt must have ordered the defense to escort Matt Jones and Kelvin Taylor to the sideline or quarantine them in the end zone instead of physically tackling them to the ground.

That’s the only way to explain a 38-20 loss to Florida in which true freshman Treon Harris attempted one second half pass and threw for 27 yards total.

They waved goodbye to those plausible playoff pipe dreams as Jones and Taylor blistered the Bulldogs for a combined 418 yards on the ground. It now appears that his SEC Championship drought will grow a decade old.

Once again Richt is on the other end of a frustrating, unsavory loss that has Georgia questioning whether or not the perfect is the enemy of the good. Richt is a good coach, but not a great one.

Meanwhile, the argument against searching for an upgrade has always been about Richt’s cult of personality and the possibility that his replacement is inadequate. Meanwhile, he’s been lapped by Spurrier, Meyer, Saban, Hugh Freeze, Mullen and Malzahn.

UGA is stuck in a homeostasis. Richt is good enough to win 9,10 games a year and keep a plum job, but not clever enough to crash the upper echelon.

Like finding out your unrequited love has stuck you in the friendzone and been sexting Brett Favre on the low, there’s a layer in the pantheon that Richt can’t seem to crack. 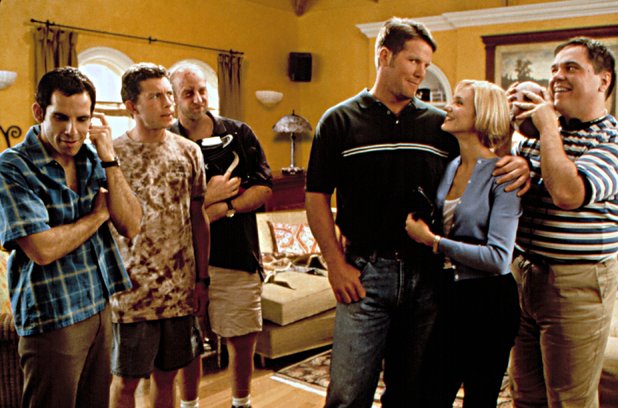 TCU’s near brush with playoff death may be over for now, but even if the Horned Frogs continue winning out, there may not be a place for them in the top four if Oregon, Alabama/Auburn (who play in the Iron Bowl) and Florida State keep winning out. If Alabama beats Mississippi State and Auburn reach the Iron Bowl with one loss without stepping on any landmines, TCU is playoff windowshopping outside in the rain this holiday season.

Watching the Big Ten requires a shot of dopamine because the quality of play is dispiriting enough to bring Method Man and Redman down off a high. Underneath the radar, Penn State is another one of those teams which has completely disintegrated after a radiant September. The expectations were lower, but nobody anticipated four straight losses after the calendar turned to October.

The trend continued this weekend after Hackenberg spent the first half of the Nittany Lions against Maryland hitting everything except his targeted receivers. At one point, 15 of his 17 attempts were incompletions.

Including taking out an individual on the sideline by connecting on a spiraling missile to his head. Stay woke on those sidelines.

In the grandiloquent words of Dodgeball an Underdog Story’s color commentator Cotton McKnight, “There’s a souvenir for one lucky fan.”

Two weeks after the NCAA’s impromptu lifting of the bowl ban, Penn State was 4-0. They’re now 4-4, and let one get away in Maryland, but there’s an opportunity to salvage the season as Indiana, Temple and Illinois pave the next two weeks of their schedule.

The derailment of Kenny Hill’s hype train was completely unexpected.

There were rumors he’d had another incident of complete public drunkenness before the Alabama game, but they were never substantiated. However, on Friday, Hill was benched for true Kyle Allen. Then, he was suspended for two games for a violation of team rules.

Surprisingly, Allen may have actually fared worse. In TAMU err….TUH-O’s slim victory of Louisiana-Monroe, Allen was (nearly?) outplayed by Warhawks Pete Thomas, who is on his third program and now boasts a career 29:35 touchdown to interception ratio.