The NBA has always prided themselves in being firmly committed to equitable and diverse hiring practices according to its Lean In initiative, says commissioner Adam Silver. Silver is the commissioner who brought down the hammer on racist owner Donald Sterling and allows great freedom of expression from NBA players concerning social issues relevant to them. So he’s committed to a legacy of progress. 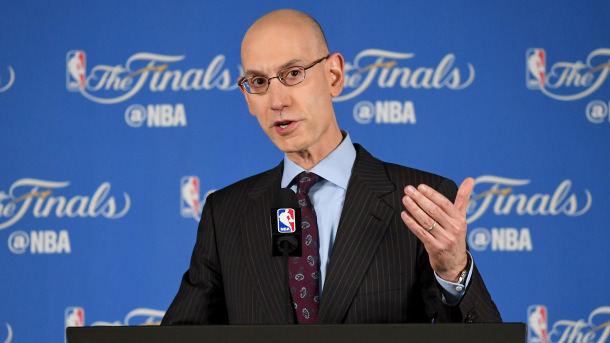 That was no more apparent than when Becky Hammon of the Spurs became the first full-time paid women assistant head coach in any of the four major North American sports in 2014. Hammon is now joined by legendary womens icon Nancy Lieberman, an assistant with the Kings, and Natalie Nakase, who works as an assistant video coordinator for the Clippers.

To have three women working as assistant coaches in the mens game is just the beginning. Silver says the future of the league will “sooner rather than later” see the hiring of its first woman head coach, along with more women in the referee pool, Silver told ESPN’s Ohm Youngmisuk.

“There definitely will (be a women head coach),” Silver said. “And I think it is on me to sort of ensure that it happens sooner rather than later.”

Women in the male-dominated officiating arena is also on the rise.

“It would be my goal as we look to increase that pool of officials that we recruit equally from pools of potential women as we do from men,” Silver said. “… We will be looking very hard at dramatically increasing the representation of women in our officiating ranks.”

“I would make all the same points in terms of being a head coach in the NBA that there is no physical reason why women can’t officiate in the NBA,” Silver also said. “I think it is more a function of the fact that they haven’t been in the pipeline to become NBA officials.”

While increasing diversity, particularly among women, in NBA coaching positions, I would hope that the league doesnt abandon it’s more logical and attainable goal of getting African-American men in more coaching and front office positions considering they comprise nearly 80 percent of the league’s players and have more than their share of quality candidates.