Colin Kaepernicks Know Your Rights Camp came to Chicago at a crucial time.

A few weeks earlier, I had a Twitter discussion with a former Chicago Tribune colleague about the citys violence. We talked about how people who are most affected by shootings can channel the outrage into some sort of social change.

And Mothers Day is coming up. Last year, eight people were murdered, while another 46 were wounded in shootings across the city that weekend. Multiple local media outlets reported that the Chicago Police Department said it was the citys most violent weekend in eight months at that time. 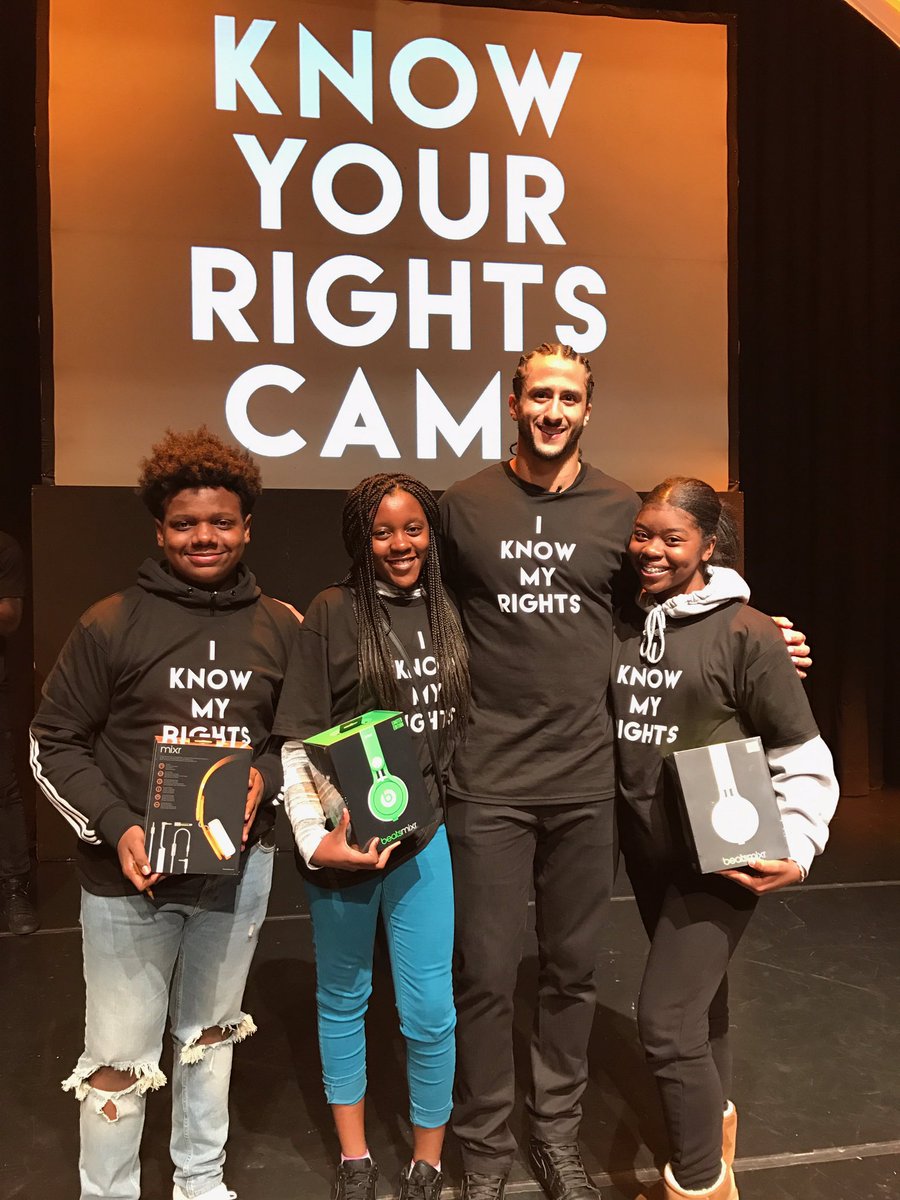 Over 200 students from the Chicago area packed into the auditorium of The DuSable Museum of African American History last Saturday on Chicagos South Side. The museum is named after Jean Baptiste Point du Sable, a Haitian man was the first non-Indian settler of Chicago.

The camp was the third one Kaepernick and his foundation held since last season (Oakland and New York).

The camp had breakout sessions that gave the campers advice on how to deal with police officers when detained, financial literacy, holistic health and college preparation among other things.

The camps tenets are as follows:

The list of rights is an adaptation of the Black Panther Party for Self-Defenses Ten-Point Plan.

One of the sessions gave the campers a detailed history of why Chicago is Americas most segregated city, while another told the campers the perils of processed food and why theres so many fast foods restaurants in black and brown communities.

After the camp, Kaepernick gave out back packs that contained ancestry kits and a copy of the Autobiography of Malcolm X.

It seems that the moment that Kaepernick realized that he hadnt had knowledge of self was similar to the experiences Malcolm X had in prison when he converted to Islam, which is detailed in his autobiography.

For me the growth in my knowledge through some of the research my woman helped through, Kaepernick told the campers. I was able to identify myself with my community. With my lady, I was able to trace my ancestory and my lineage back to Ghana, Nigeria and the Ivory Coast. My existence wasnt a slave. I was an African man. I was from a culture of kings, queens and pharoahs.

Before the camp ended, Kaepernick told the campers that when and if they decide to take a stand in their communities, forces around them will try to intervene.

And what they will try to divide you and separate you, said Kaepernick. When you talk about what happened last year, they tried to eliminate ( San Francisco 49er teammate) Eric [Reid] from the narrative to make it as a one person movement as opposed to a group of people moving to together. Realize that you have to stick together in your movement. You have to stick together because they will try to divide you.

And Kaepernick seems to put on blast the things that our elected officials and the social media trolls refuse to acknowledge – the systemic issues that has led to violent communities.

Hurt people in hurt communities tend to lash out against each other.

The campers learned a lot of things that arent taught in Americas schools. Being financially solvent and how to eat to live are some of those things. Especially the schools that are populated by black and brown children. The answer to why that is could be a column for the another day.

At this point in time, Colin Kaepernick is giving Americas kids the silent weapons to fight quiet wars.

Not all heroes wear capes. Sometimes, they wear I Know My Rights t-shirts.