Team USA survived its first scare in Rio last night with their 98-88 win over Australia in a tense game that was not decided until the closing moments.

After lopsided wins in their first two games against China and Venezuela, the Aussie’s provided a stern test, one that Coach K’s team did not pass with flying colors.

But thank goodness for Carmelo Anthony, who scored a team-high 31 points while connecting on nine of his 15 shot attempts from deep. He was on fire from the opening tip, erupting for a wave of three’s, then closed the game out with some huge fourth quarter shots that ultimately made the difference in what was a very close game. 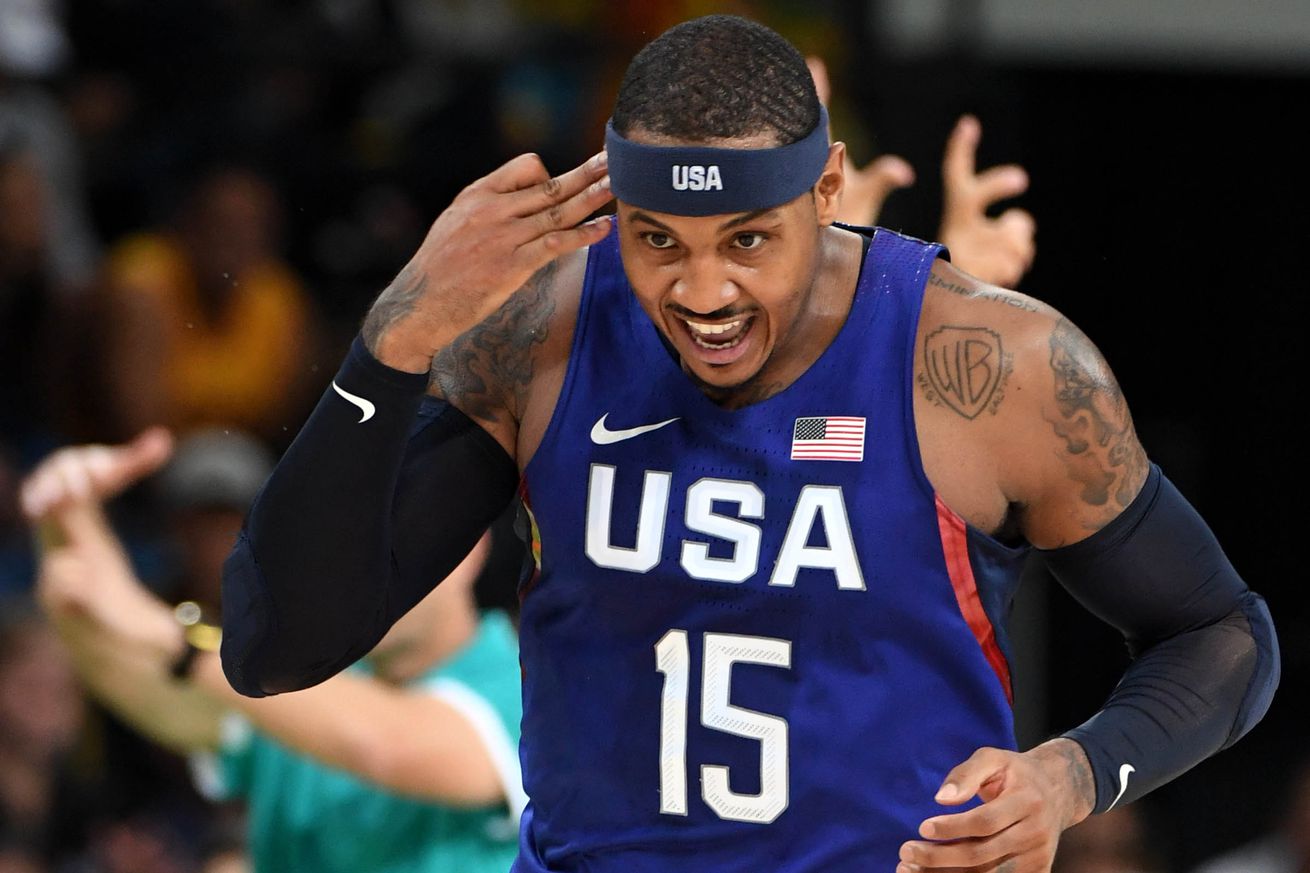 I can tell you, I wasnt thinking about (the loss to Argentina in) 2004 man, Anthony said after the game. I was out there playing tonight. That experience it is what it is. We accepted it. We know that feeling, and we dont want to experience that feeling anymore. Being in those types of games, and taking advantage of different possessions, and understanding the difference of the game time and score and making plays.

Team USA played some strong defense, but the offensive production was woeful in the paint, shooting 35% from inside. Luckily, the deep ball was falling as they converted 44% from deep.

Patty Mills led Australia, who destroyed France and beat Serbia in their earlier games, with 30 points, Andrew Bogut scored 15 on 7-of-9 shooting and Matthew Dellavedova had a double-double with 11 points, 11 assists and six rebounds.

Melo was on fire when his team needed him the most, banging three three-pointers during a torrid two-minute stretch midway through the final period to put his squad up 83-76 with 5:32 left to play.

Kyrie Irving was also huge down the stretch and finished with 19 points and five assists.

Team USA will play Serbia on Friday and France on Sunday to conclude the group stage.

Carmelo passed David Robinson and LeBron James for the top spot on the all-time Olympic scoring list, solidifying his place as one of the greatest international players of all time.