What we are currently witnessing in terms of media saturation as far as comic book content and characters is something of a golden age, to be certain.

One would be hard pressed to remember a time when there was not only a pretty good catalog of recently created films and television programing based on comic book characters, but the promise of even more to come in the immediate future. Cartoons? They’ve got you covered as well. Both DC Comics and Marvel have content streaming to the viewing public at a rate never before seen. Avengers: Age of Ultron, Batman versus Superman, Avengers Assemble, Vixen, Aquaman: Throne of Atlantis; you name the platform and there’s something new and awe-inspiring to capture the imagination.

“I have to say that I was not a comic book reader as a kid. I got into comics in college,” she explained. “I took a screenwriters class and my teacher showed me a copy of Peter Gross’ Empire Lanes to explain storyboarding to the class. And a kid in the class said ‘If you like comics, you should come to the comic book store. So I went downtown, I went to the comic book store, and I was like Dorothy in Oz.  Right in front of me were books that would define my career path. I picked up The Sandman, I picked up Hellblazer, I picked up Moonchild and Love & Rockets, and that was it. I knew at that moment that I wanted to be a part of this amazing community of comic book creators.” 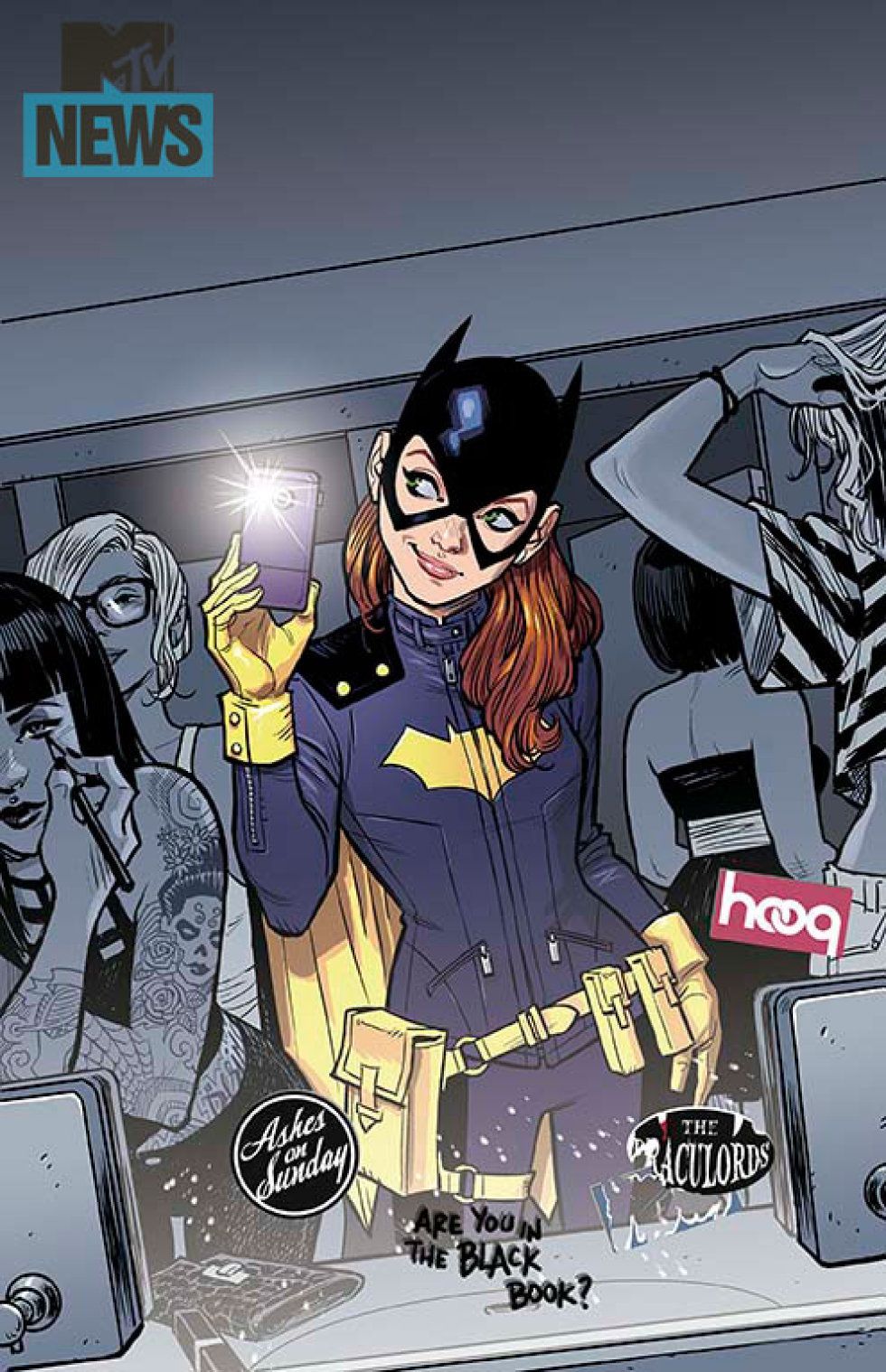 Like Ms. Bond, artist Caitlin Kittredge also has a unique and personal route that brought her to the comic book industry.

“Like Shelly, I didn’t like comics when I was little. When I was in college I lived in a horrible apartment that was a 25 minute bus ride each way from my college campus. This bus was always known in my town as the meth bus, meaning it was full of scary, creepy people who would talk your ear off at the slightest opportunity because they were all on speed and wanted to tell you about the spiders in their brains. You needed a pair of earphones or the biggest book to block your face. My friend gave me a copy of The Sandman and I finished it on the bus between the ride home there and the ride back to campus the next day. And as soon as my classes were over that day, even though I was broke, so broke that I lived in an apartment that was on a bus line with a bus known as the meth bus, I went to the book store and spent all my money on trades. I was addicted from then on. Pretty much everything else I’d read from then on was Vertigo up to that point, late 90s, early 2000s. The Sandman did its job that night. No meth heads talked to me.”

Though it is difficult to refrain from operating on falsehoods when attempting to interpret the point of view of another group of people, the patterns of comic book patronage as explained by Shelly Bond and Caitlin Kittredge are hardly typical of comic book fans. Artist Babs Tarr explained her segue into the industry was by way of illustrations and an early love for manga.

“I didn’t really read a ton of comics growing up. I had much more of a manga drawing each style and mastering each Japanese artist. I tried to go into comic shops to find something that interest me, but I don’t think they knew what to do with a 13 year-old girl who wanted to read comics.”

Not only has there been a noticeable increase in the overall number of women drawing and writing in the comic book industry, but the importance of female DC characters has increased noticeably. Vertigo Comics, a DC imprint spawned in 1993 to create content that could not meet the Comics Code Authority guidelines, created titles such as Gotham Academy, Batgirl, Coffin Hill, and Harley Quinn to cater to a more niche audience than what was being targeted by DC Comics. Former blogger turned comic book writer Gail Simone (Birds of Prey, Wonder Woman) explained the subtle nuances of writing such darker fare as "The Secret Six" as opposed to writing something more middle of the line like Wonder Woman.

“As a person who writes multiple titles, I like for each book to have its own tone. The Secret Six is about characters who fall on the scale between hero and villain. There’s mercenaries, detectives and people who fall somewhere on that line. One day they might be doing something heroic and the next day something horrible and villainous. Writing that unpredictability, tying in some humanity and working with a group or a team of people. The story starts out with all six of them in a room together, they don’t know why they’re there, they absolutely loathe one another, and can’t get out fast enough, particularly Catman. Something has happened to him that has changed him and he learns really early on that he is not the same as he was pre-New52. So, we’re working with team dynamics and subtle differences, with Vertigo, myself along with Shelly and John, have created something from the ground up that has never existed before with characters and otherwise. And definitely a very adult book. It’s a psychological, horror thriller, horror show…and it’s really, really scary.”

For Vertigo writer and executive editor Meredith Finch, the love of comic books more or less began when she met current husband David Finch, but her references point was about as old school as you can get.

“When I was a kid we grew up in a really small community. We didn’t even have comic book stores. So when I would go to visit my grandparents I would read my parent's old comics. Archie and Veronica. My mom and her sisters also had a few romance comics from the 50s. I didn’t even know comics existed again until I met David. And on our first date he’s like ‘I do comics’ and I’m like ‘in the newspaper business?’ and he’s like ‘No, more like comic books’ and I’m like ‘Betty and Veronica’ and he’s like ‘No, not exactly.’ So he happened to have a couple of his comics in the car and he gave me his "Avengers: Disassembled" and if anybody remembers that, I think it was on page 3 that She-Hulk was ripping somebody apart. That was my first exposure to modern day comics. It must have been good art because here I am today.”

Yes, she is indeed still here and DC/Vertigo fans are all better for it.  Finch has worked on such books as Grimm Tales of Terror, Wonder Woman and much more. Husband David has worked on such titles as V for Vendetta, Forever Evil and other thrilling titles.

Come back next Tuesday as the TSL Comic Book Convo will feature more insight from some of the biggest and best names in the comic book industry, including more honest commentary from the 'Women of DC Comics" panel at last year’s New York Comic Con.