How many times have we seen the ‘You’re blowing it kid!” troupe play out in real life in professional sports?

Seemingly every year, there is a deluge of young athletes from all over the American societal sphere having what appear to be boneheaded troubles visited upon them. Drugs and alcohol seem to be the most common causes for concern. While addictive behaviors may seem like a mere matter of self control and discipline from a distance, they are likely indicative of a matter broiling deep within the conscience of an individual.

Out of sight to the world, but constantly on the mind of the afflicted. Sometimes, there are no artificial hallucinogens or narcotics involved.  Sometimes, the catalyst for destruction is unseen. The judgement that befalls those who can’t seem to get things together, despite million dollar contracts and the opportunity of a lifetime, is oftentimes cruel and insensitive.

Tre Mason seemed to have it all just a year ago. He was the son of Hip Hop royalty, with his father Vincent Mason a member of the legendary group De La Soul. Drafted out of Auburn University in the third round of the 2014 NFL Draft, he stepped on the field as a running back for the St. Louis Rams and immediately made an impact with 765 yards rushing, four touchdowns and 913 total yards from scrimmage.

Running Back Todd Gurley was drafted out of the University of Georgia the following year to play the same position and surpassed Mason’s output with 1,108 rushing yards. Mason followed up his productive rookie campaign with only 295 total yards from scrimmage last year.

It has to be difficult to watch yourself replaced as a starter after such a small sampling. Most people are able to combat adversity and move on. Some are not.

This offseason has been the very definition of a nightmare Mason’s family and friends. He was a no-show at Rams training camp, the team was unable to contact him and his family reportedly has expressed concern for his safety, and for their own, after a rash of violent outbursts.

He agreed to check into a facility for evaluation earlier this month after having five run-ins with law enforcement this offseason and we all crossed our fingers. Nobody wants to see a dream deferred or a life destroyed.

Most recently, according to police, the troubled player was seen riding an ATV without a helmet or eye protection and was spinning his tires in a manner that placed grass and dirt on a nearby road. The official account says he was approached by officers but sped off. He reportedly locked himself in his home and refused to come out until a family member convinced him to do so. He was charged with operating an ATV on public roads and fleeing police.

The police had previously been called to the home four days earlier for a separate incident. He reportedly told officers “he was going to call the White House and we were all going to lose our jobs” and “the police were responsible for teaching al-Qaida how to fly planes,” according to the police report from the earlier incident.

It marked his six run in with police officers. With police brutality and the use of excessive force dominating the summer news cycle, young Mr. Mason is fortunate that he has been left none the worse for wear from this extreme number of encounters. But the more immediate concern is for his mental welfare. 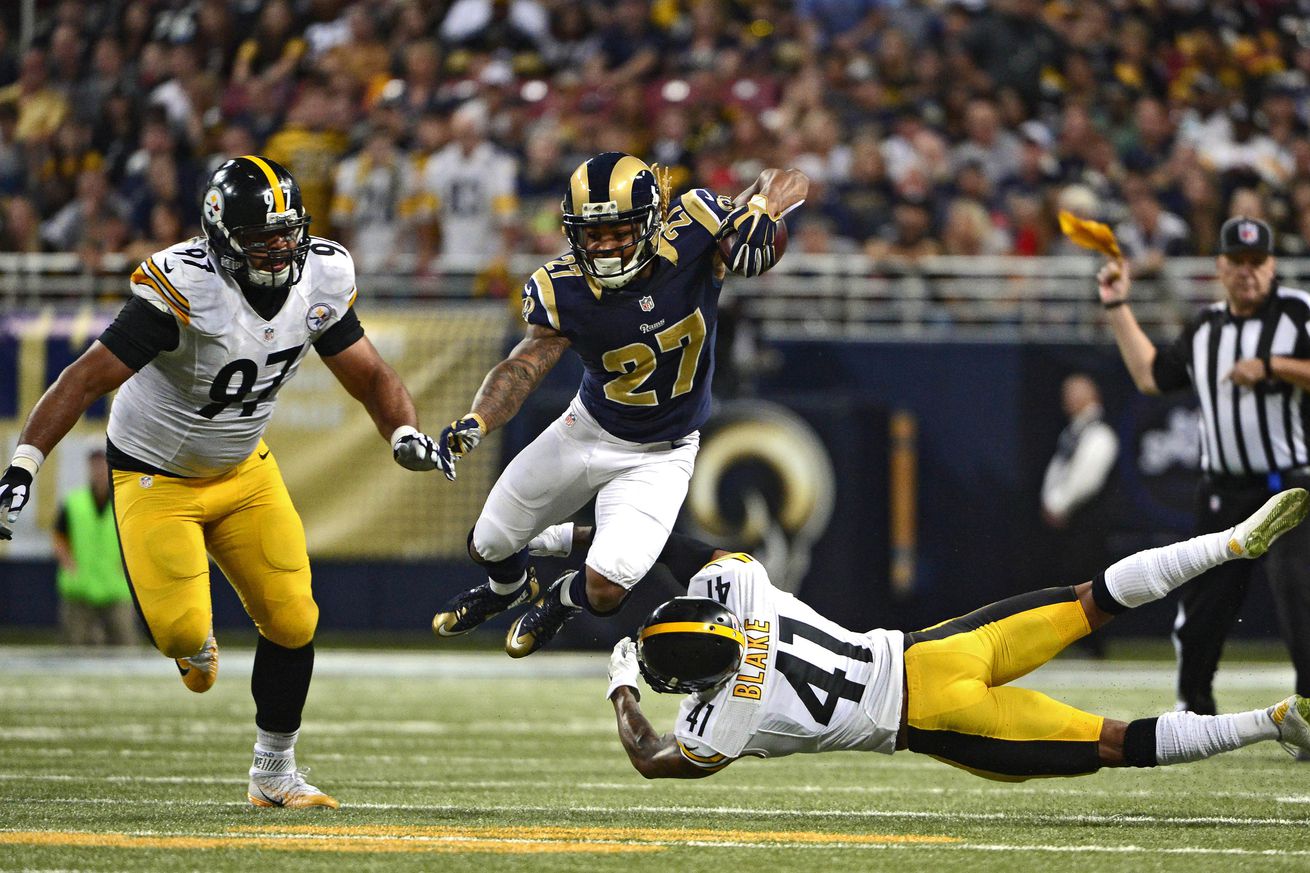 “I haven’t personally spoken to Tre since the season ended when we had the checkout physicals,” Fisher said at a press conference after the Rams’ first practice of training camp. “I tried numerous times after the incident to reach him, and I was unsuccessful. Been communicating through the offseason with his agent Bus Cook.  Had minimal conversation with family members. But Tre has made a decision not to communicate with us, not to talk. Not talking to his teammates. As far as we’re concerned right now, we’re more concerned about Tre Mason’s well-being than we are his football career.”