The greatest rivalry in all of sports resumes this evening when No. 20 Duke tips off against No. 5 North Carolina at the Dean Dome in Chapel Hill.

The Blue Devils (19-6 overall, 8-4 in the ACC) are climbing out of a hole that saw them drop out of the AP poll for the first time since Kanye West was living The Good Life back in 2007, before he became a Kardashian and went close to $53 million in debt behind that brilliant leather sweatpants brainstorm and a YEEZY fashion line of  the ugliest $500 t-shirts ever conceived.

But Coach K’s squad has been on a roll lately, winning four straight including big wins over Louisville and Virginia. For the fourth straight year, they bring at least a four-game winning streak into their first matchup of the season against UNC (21-4 overall, 10-2 in the ACC).

One of the best three-point shooting teams in the country led by sensational sophomore Grayson Allen, Duke will have to find an answer for Carolina’s potent low-post attack, which is spearheaded by Brice Johnson, who is performing like the ACC Player of the Year right now.

Two of the most storied programs in all of college basketball, these great schools are separated by a mere eight miles. Over the last 97 years or so, they’ve added some incredible memories to the hoops tapestry.

Auburn-Alabama, Yankees-Red Sox, Harvard-Yale, Andover-Exeter, Michigan-Ohio State and a few others are phenomenal rivalries with a storied history, but none of them match the majesty of the Duke vs. North Carolina saga.

Here are the my Top 3 games in the pantheon of the Tar Heels and the Blue Devils.

The Blue Devils took their first loss of the year, but their insane defense held UNC scoreless from the field during the final ten minutes or so. 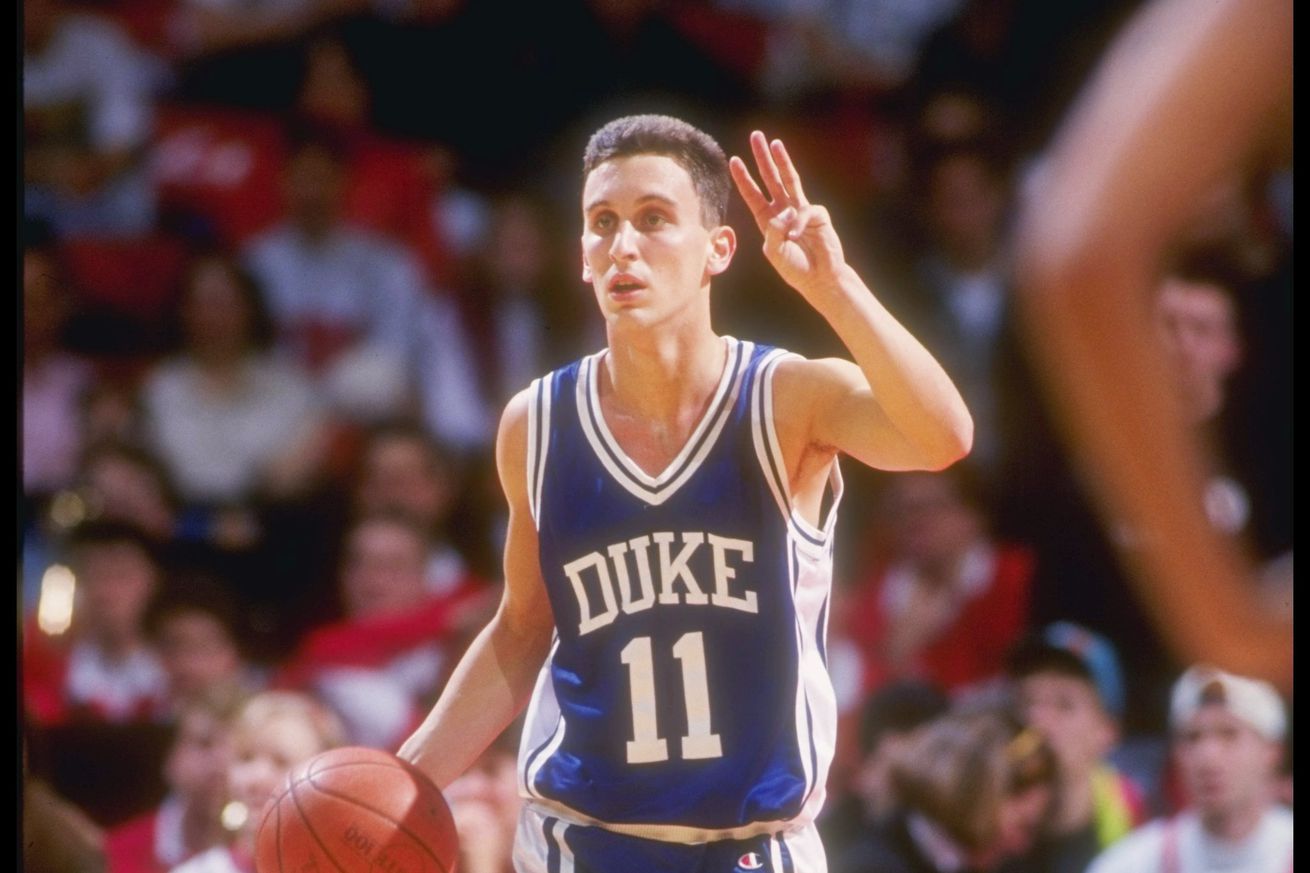 Anybody who ever questioned Bobby Hurley’s toughness needs to go back and watch the tape. One of the best college floor generals ever, my man broke his foot in this game, and kept on playing. Duke would go on to win the national championship.

In the semifinals of the ACC Tournament, Duke finally proved to be a worthy adversary of the machine that Dean Smith had built at North Carolina. It was Coach K’s signature win that foreshadowed the sustained excellence to come in Durham. UNC had gone 140 in the league to finish five games ahead of second-place Maryland, they’d lost only one game all year and were the nation’s top-ranked team. I can still see Jay Bilas, Mark Alarie, Tommy Amaker and Johnny Dawkins giving Michael Jordan and Sam Perkins that work.

North Carolina was ranked #2 in the country and Duke was winless in the ACC. The prevailing wisdom was that the tar Heels would smack their rivals around like Don Corleone did Johnny Fontaine. After the first eight minutes, North Carolina led by 17 points. Late in the second half, Duke, who connected on 16 of their first 20 shots and committing no turnovers on their first 18 possessions after intermission, came all the way back to lead by 12.