The March on Washington occurred 50 years ago as a stand against racial inequalities in the United States, culminating in one of the most important speeches in American history: Dr. Martin Luther King's “I Have A Dream.”

There were several speeches given that day when the fight for freedom was plain to see, when police beat minorities and separate dining facilities and water fountains existed. Even then, Rep. John Lewis, the youngest speaker 50 years ago, felt the need to urge America to "wake up" and realize that the power for economic and social freedom was in the hands of the people.

Dr. King would be proud of the social gains made in that time. He would not, however, consider the job anywhere close to done on the economic side, and if you think President Obama's inauguration into the White House changed anything you're head is buried in a hole deeper than the Grand Canyon. Congressman Lewis spoke again at the 50th anniversary of the March on Washington, echoing and directly repeating his words from half a century ago, “We cannot wait, we cannot be patient, we want jobs and we want our freedom now.” He went on, offering hope that the last four of the 10 Demands would be met with enough support.

But Dr. King would also be encouraged by the view of Millennials towards each other and the government: shunning the money-making career politics became in favor of helping each other. Proactive Millennials are much more likely to engage through community service, church groups, and educational groups than leave it up to the do-nothing, reactionary government.

Young people are avoiding Washington D.C. like the plague to stay away from the gridlocked mess, and The Atlantic fears this will cause a brain-drain in D.C, but those fears will only be met if Millennials continue to ignore politics and refuse to take part in the necessary change. In fact, the attitude of not wanting to serve as a career-politician is exactly the kind of attitude we need from our politicians, in the vein of George Washington.

Though younger generations are certainly more informed, it is still stunning how little has improved in the economic sector since thousands gathered in front of the Lincoln Memorial in 1963. Racism became fully integrated into the system by keeping poor people down – most of whom are minorities that were never given a realistic chance at running the rat race of the American dream following slavery and Jim Crow. Zachary Goldfarb of The Washington Post begins the process of looking at the invisible injustices, beyond bus boycotts and poll taxes:

Read that again to make sure you've digested it properly, because the fact that racial inequality is now worse than 50 years ago is a fact lost on most of America (read: white America) – including the Supreme Court, who recently overturned key components of the Voting Rights Act, allowing states like Texas to pass restrictive voting laws that Dr. King fought while he was still alive.

Not sold on that either? Consider that the only states Mitt “corporations are people” Romney won in 2012 were states that mandated voter identification. Those laws combined with blatant gerrymandering by conservatives have actually increased the power of the status quo by loading up a do-nothing House of Representatives with GOPers, whose only goal is to stop the first black President from un-doing the economic policies of the 80s, mired in a flawed “greed is good mentality.” 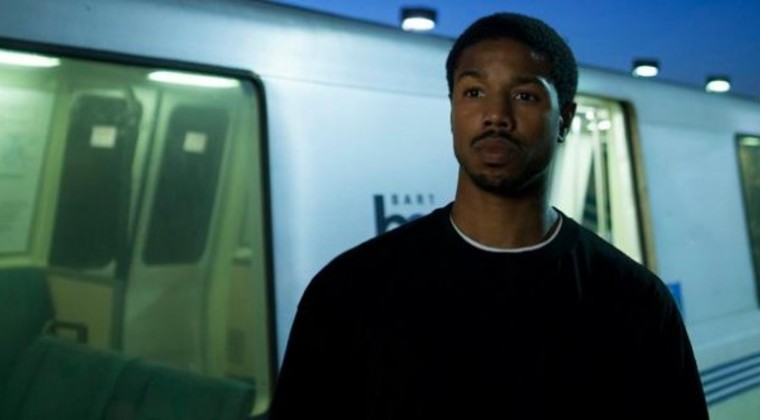 These days, racism is hidden because white people and minorities eat in the same restaurants, except in South Carolina, and don't use the n-word in public, other than Riley Cooper. Due to the social gains made and open-mindedness of most Millennials, racism is undoubtedly on the decline. Today, though, we're dealing with straight-up class warfare, a complete dismissal of the middle class and a separation between haves and have-nots thanks to a system installed long ago that keeps feeding itself behind the scenes. Like most wars, the price is being paid by the poor.

It's made things like healthcare unaffordable to many Americans, though Obamacare (which will give more people access to healthcare and reduce the cost for the elderly and lower class) hopes to fix this problem even if costs increase for some who can afford it. In the last four years, the number of people depending on Medicare, which is supposed to be a safety net, increased from 925,000 to 1.25 million, no thanks to UPS which just cut health benefits for the families of 15,000 employees.

This reality isn't because people are “lazy,” it's because people are broke, unemployed, underpaid, undereducated, in debt, and subject to an extremely unhealthy food system, which increases our rate of diabetes and heart disease at astronomical rates (According to Omnivore's Dilemma, the food industry also accounts for 1/5th of our oil usage as well). Both the food industry and health industry (and oil industry) make billions under this arrangement, enslaving us to corporate overlords bowing down to Wall Street.

Healthcare isn't the only colossal issue. The widening wealth-gap is making basic commodities like cable television a luxury item, and it's the most pressing concern of ESPN's President John Skipper. From The Atlantic:

Skipper is persuaded that if more Americans were simply making a little more money, there would be no fraught discussion about cord-cutters and cable-nevers. "The real issue is economics," he said. "Most of the cord-cutting has been financial." Not only does the bottom quintile make less than 15,000 a year, as Skipper often points out, but also about a third of households make less than $30,000 in after-tax income, according to the Tax Policy Center's distributional analysis.

"ESPN is a mass product," he said. Wage stagnation threatens to make it a luxury product.

TV is one thing, but the internet is the future, and close to 60 million Americans aren't able to afford connection. From The New York Times:

“Administration officials and policy experts say they are increasingly concerned that a significant portion of the population, around 60 million people, is shut off from jobs, government services, health care and education, and that the social and economic effects of that gap are looming larger. Persistent digital inequality — caused by the inability to afford Internet service, lack of interest or a lack of computer literacy — is also deepening racial and economic disparities in the United States, experts say.”

Hey, that's weird. It looks like our wages haven't kept up with the cost of living in almost 20 years. Who'd have thought?

Without the ability to connect the web, the almighty level-playing field that is educating more Iranians than Americans, the American dream is a complete farce in the 21st Century. The best hope of jumping to the “haves” category is via education, an increasingly impossible economic reality. Tuition is rising, the cost of textbooks are going up, loan rates are increasing (and threaten to create yet another economic bubble), rent is more expensive, and so is unemployment and rates of student debt – while for-profit universities poach on poor students to make a buck. Even if students make it out unburdened by debt, the job market isn't providing anything close to ample opportunity.

The abysmal Congress in session acts out of self-interest and a desire to mitigate President Obama's vision. People want immigration reform, background checks for guns, better healthcare and affordable education, yet nothing is done. Try as he might, our twice-elected President can't pass bills, and is forced into repetitive speeches echoing the sentiments of most Americans to the deaf ears of John Boehner.

Unfortunately, party politics are irrelevant to the gridlock, as Democrats would likely pull similar stunts if the roles were reversed. Plus, Democrats also do their part to ensure the wealth gap, like in New York City, the liberal haven, where the richest one percent earn 39 percent of the income, nearly double the national average of 20 percent, up from just 12 percent in 1980.

That, as much as anything, is a reason the 50th anniversary of the March on Washington should not be a date simply marked on a calendar, but motivation to organize once again. How long will Americans watch the rich get richer while the poor get left behind or thrown in prison?

With so much tension, so many problems and the NSA spying on everyone, it isn't any wonder why we have given up on the system, but it is also the reason why getting involved in the system is the only solution. Millennials who desire to have a future in this country cannot afford to sit at home and watch its demise continue while members of Congress rake in millions of dollars for doing nothing, promoting flawed policies that create a bubble economy and perpetuating the Washington DC cesspool by becoming lobbyists as soon as they are voted out of office.

That cycle is exactly what the Millennial attitude can eradicate from our system. By refusing to view political office as a means to and end, but rather as an undesirable obligation to society, more will get accomplished because our politicians want to get back into the real world to make a difference.

We can't let Dr. King's legacy become a memory. Instead, we must use it to fuel the recovery, as Dr. King's eldest son encouraged at the 50th Anniversary March.

“This is not the time for nostalgic commemoration,” said Mr. King. “Nor is this the time for self-congratulatory celebration. The task is not done. The journey is not complete. We can and we must do more.”