Russell Westbrook was back on his Oscar Robertson Sunday night, this time tackling New Orleans newly-paired Twin Towers of Anthony Davis and DeMarcus Cousins, who combined for 69 points, in a 118-110 loss to OKC on Sunday night. 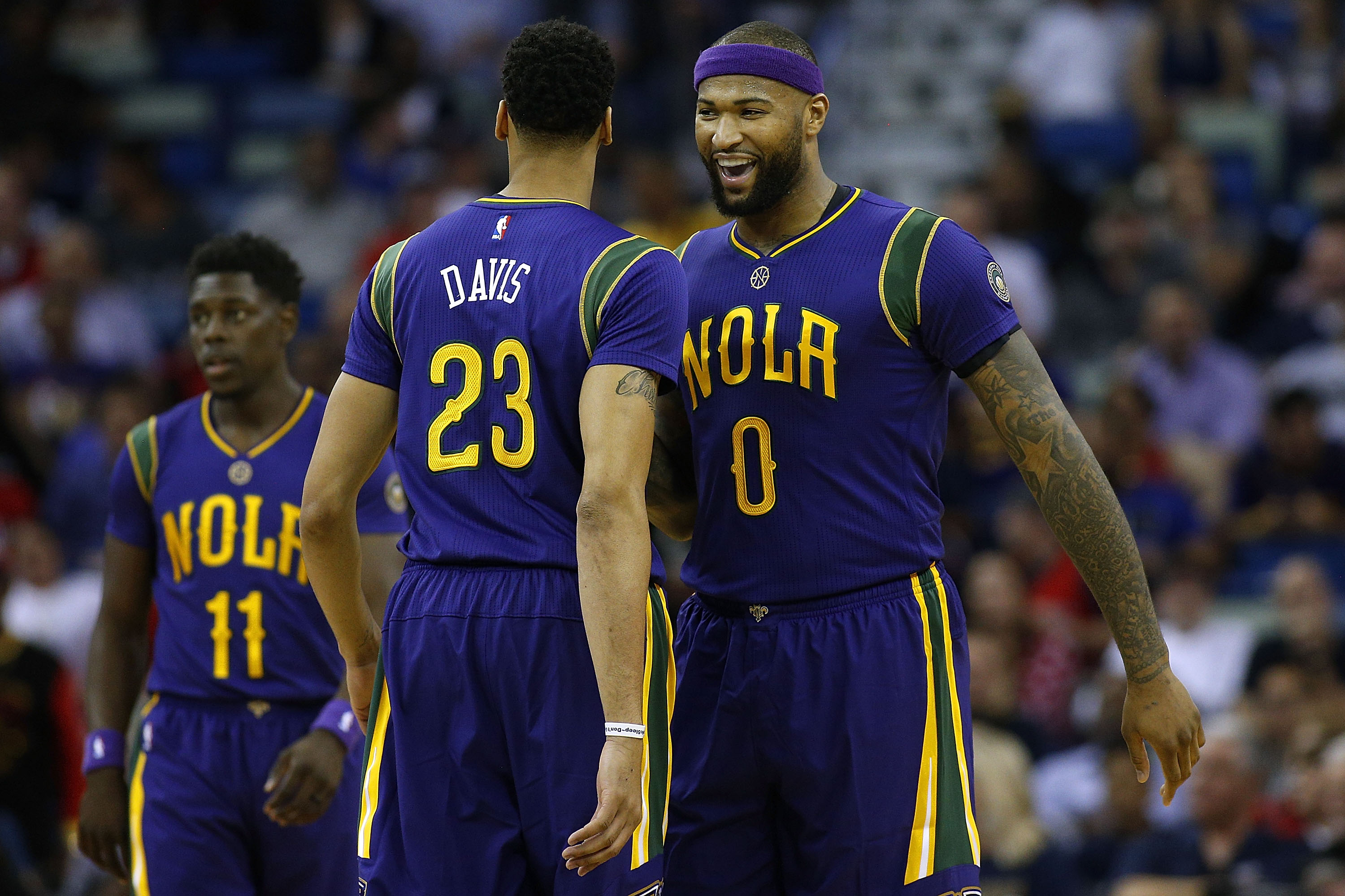 Cousins started the game off with his 18th tech of the season (an automatic 1-game suspension) and fell short in his 31-point, 10-rebound performance. Everyones putting up huge offensive numbers in the NBA this season, but the impactful buckets is what separates the champs from the overpriced chumps.

The icing on the cake and another symbolic and thunderous statement by Westbrook in a season of constant record-shattering hardwood action, came with 2:38 seconds left in the contest and the game still up for grabs.

Westbrook posterized the jabbering Cousins, who was late on the defensive help, and banged on the Pelicans new high-priced All-Star resulting in an And 1 and Cousins fouling out.

While Anthony Davis flamed the Thunder for 24 points in the first quarter, Westbrook closed the action by pouring in 21 fourth-quarter points in a career-high final period.

Since KD left town, Westbrook has been earning his immortal general stripes and not just because of his triple-double spree (Sunday night was his 29th of the season and fourth of the campaign of the 40-point variety as he went 41-11-11).

He leads the league in basically every clutch-time stat. Westbrook is averaging 56.4 points per 36 minutes, on 57 percent true shooting in the last five minutes of the game and down by five.

Westbrook is like the gunslinger in the wild wild west, disposing of all of these big name killer and pistol poppers on a nightly basis. And hes doing it with a reliable steady gang of no name, loyal shooters who dont want the fame or the glory, just the W

“You don’t even realize it, bro, to be honest,” Steven Adams said of Westbrook. “You’re just more worried making sure you’re in the right spots and all that sort of stuff. But, yeah, good job from him.”

Westbrook’s clutch gene is apparently rubbing off on his team. According to ESPN, the Thunder as a whole have become one of the league’s best teams in the critical waning moments of a game. Their offense ranks third in those situations, scoring 117.2 points per 100 possessions this season, compared to 107.6 last season when Durant was the late-game closer.

The Thunder had a minus-8.3 net rating in the clutch last season, 24th overall; this season, they’re a plus-30.4, ranked first overall in the league.”

Admirable stats, which lead back to the one-man band and front runner for NBA MVP. “I think he holds himself to such a high standard, tonight it’s three quarters where he did a lot of really good things, but he’d probably say his turnovers were too high and he made some poor choices, but he has an incredible ability in my opinion, in terms of winning, to be able to flush what’s going on and really focus on what he needs to do,” OKC coach Billy Donovan said. “I think it’s a unique quality that he has. I think it’s a real tell-tale sign of how important winning is to him.”

On the flip side New Orleans, 0-3 since the blockbuster trade for Boogie Cousins, dropped further out of the Western Conference playoff race into 13th place.

The Thunder must continue winning to maintain a comfortable seventh seed entering the playoffs where Westbrooks magnificence will be on national display. As has been the theme all year long, OKC will go as far as his swiss-army knife swag can take them.